Thirty “bug” drones that can fit in the palm of the hand have been purchased by British forces.

The nano drone unmanned aerial vehicles (UAVs) weigh just under 7 ounces, have a flight time of 40 minutes on one charge and can spy on targets from over a mile away, the Independent reported.

The drones are reportedly powerful enough to reach speeds of 50 mph and be able to withstand severe weather conditions such as high winds, rain and snow, according to the developers, BAE Systems and UAVTEK.

Up to 30,000 autonomous or remote-controlled machines could be in service with human soldiers by the 2030s, Head of UK Armed Forces General Sir Nick Carter reportedly said, according to the Independent. 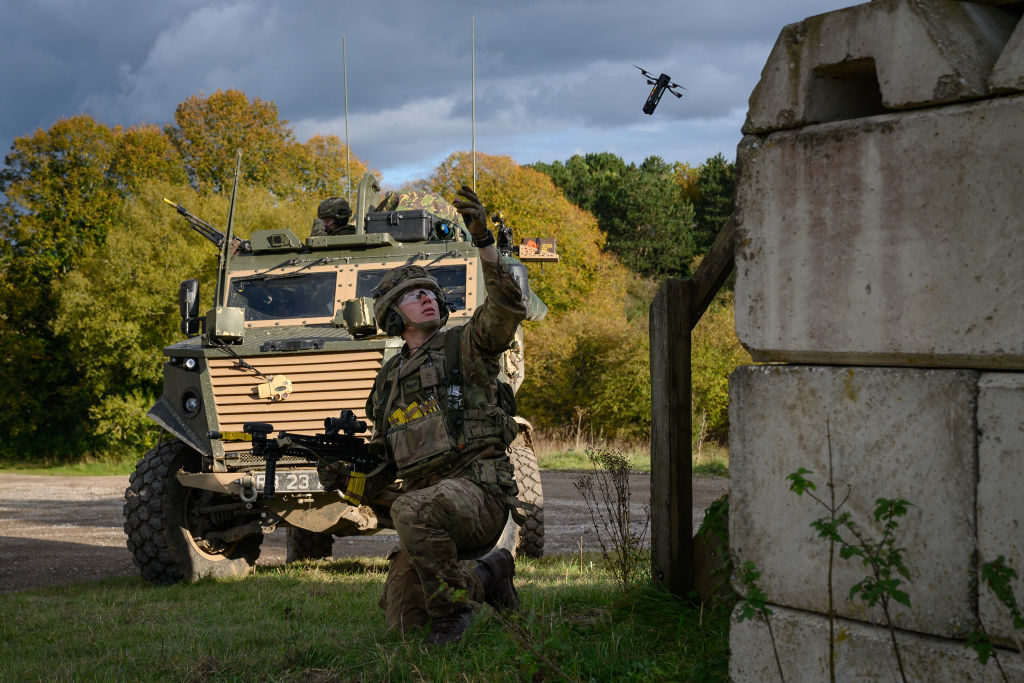 SALISBURY, ENGLAND – OCTOBER 13: A soldier from the Royal Anglian Regiment launches a DefendTex D40 under-slung grenade launcher deployed drone during a Mission Rehearsal Exercise ahead of the UK Task Group deployment to Mali, on the Ministry of Defence training area on Salisbury Plain, on October 13, 2020 in Salisbury, England.(Photo by Leon Neal/Getty Images)

The Ministry of Defense ordered the hand-launched Black Hornet Mk3 nano UAVs back in May of 2019. The reported total cost was around $1.8 million.

“We are very proud of the fact that the Bug is designed and built in the UK. This demonstrates that the UK drone industry can produce world-class unmanned systems,” Howard Humphries, the CEO of UAVTAK, said.