China is projected to be the only major country in the world to experience positive economic growth this year. The economic forecast makes China a notable outlier in a global economy ravaged by the ongoing COVID-19 pandemic.

The International Monetary Fund (IMF) concluded in an October report that China’s economy would expand by 1.9% in 2020. Global economic output is expected to shrink 4.4% this year with advanced economies facing the largest percent drop in real GDP. The American economy is projected to decline 4.3% while the Euro Area faces a steep 8.3% contraction. 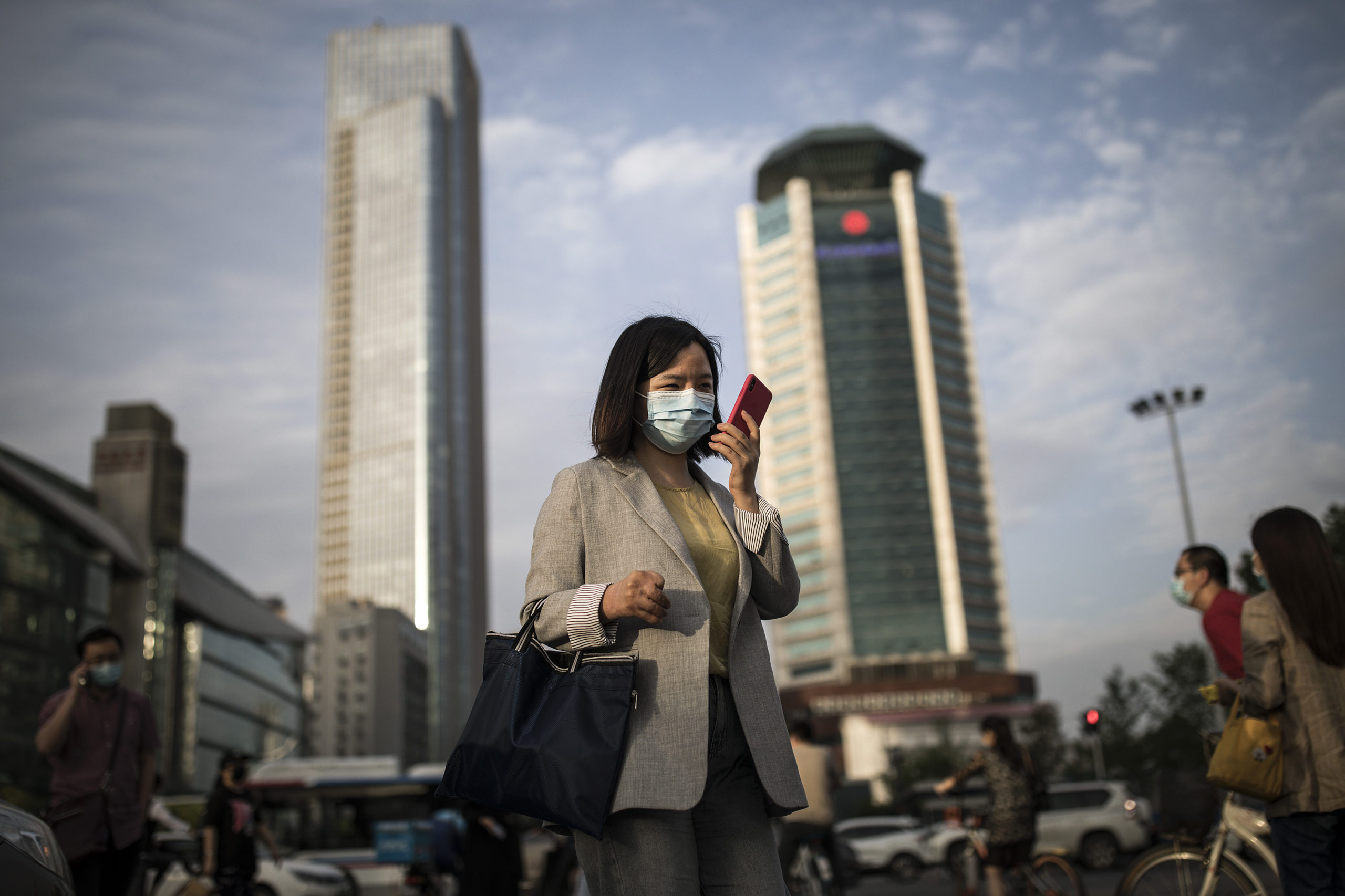 A women wearing a mask while using an iPhone crosses the road in Wuhan, China (Getty Images)

China’s economic forecast suggests that the communist regime has managed to become a post-COVID economy roughly one year after the virus emerged in Wuhan, according to Axios. China’s strict lockdown measures were first implemented in January and only permitted one member of each household to leave for necessary supplies.

But Chinese cities like Wuhan have largely returned to normal. Social venues like nightclubs are once again packed and requirements like wearing masks and social distancing are no longer in effect, according to Reuters. (RELATED: Chinese Stocks Gain Nearly $5 Trillion Amid Pandemic Year — About One-Third Of Global Increase)

China’s response to the virus could be attributed to the country’s highly centralized epidemic response system, according to an October study published in the medical journal Lancet. Mayo Clinic researcher Gregory Poland added that China’s government “can put bigger constraints on individual freedoms than would be considered acceptable in most Western countries.”

“However many times you hear the China growth story, it continues to have the capacity to shock and amaze,” Columbia University historian Adam Tooze told Axios. “In scale and speed it is unlike any previous experience.”

China has confirmed roughly 95,000 COVID-19 cases and close to 5,000 deaths, according to the Johns Hopkins Coronavirus Resource Center. But official government statistics may be unreliable as a study released Monday by China’s National Health Commission suggested that Wuhan experienced almost 10 times its official number of confirmed cases.

The Chinese Communist Party is pushing the narrative that its response to the pandemic has proven the superiority of its authoritarian model, according to The New York Times.