Senate Majority Leader Mitch McConnell introduced legislation authorizing direct cash payments of $2,000 Tuesday, but with a catch to which Democrats will likely object.

The bill combines $2,000 payments with a repeal of Section 230, a provision that grants social media companies liability protections against content users post on their platforms, and the establishment of a commission to study allegations of voter fraud in the 2020 election.

Though Democrats supported President Donald Trump’s push for $2,000 checks, they have opposed his efforts to abolish Section 230 and investigate his allegations of fraud, giving McConnell’s bill little chance of becoming law.

McConnell has so far resisted holding a vote on any legislation regarding increased stimulus checks even as senators from both parties increase the pressure to do so. Vermont Independent Sen. Bernie Sanders said on Tuesday that he would filibuster the Senate’s override of the annual military bill, keeping the chamber in session through the New Year, unless it held a vote on $2,000 checks.

His effort was seconded by Missouri Republican Sen. Josh Hawley, who tweeted on Tuesday that “he would not consent to a vote on the bad defense bill… unless the Senate votes on $2k Covid relief for working people.” (RELATED: Sanders, Hawley, Team Up For Increased Relief Checks) 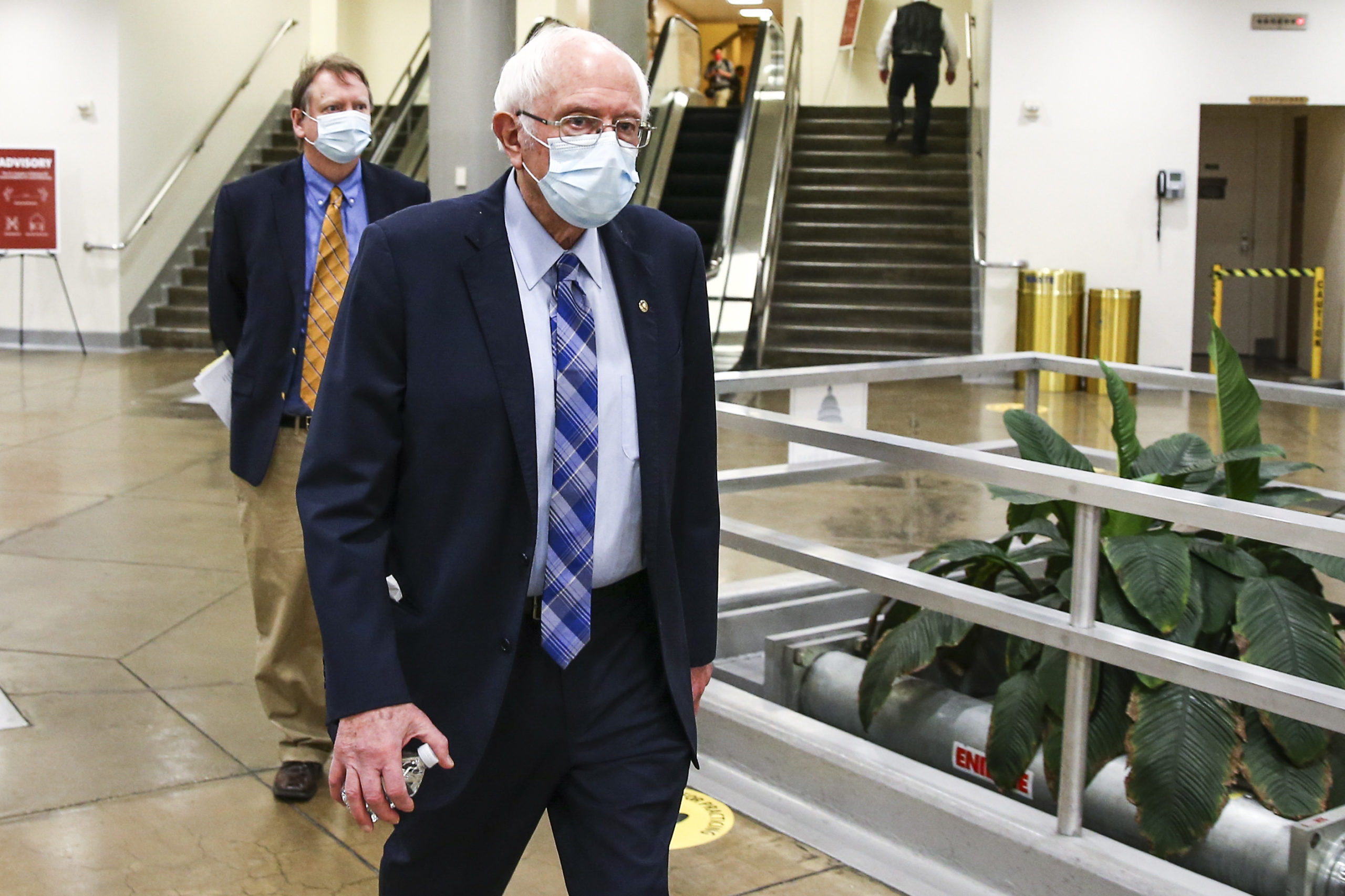 But Democrats criticized McConnell’s altered bill, which is all but certain to fail to garner enough support.

Senate Minority Leader Chuck Schumer said the bill was “a blatant attempt” to sabotage the passage of $2,000 checks, calling it a “cynical gambit” on Tuesday.

Though legislation authorizing $2,000 checks has the support of Trump and passed the House of Representatives in an overwhelmingly bipartisan vote, multiple Senate Republicans have come out against the measure.

Pennsylvania Sen. Pat Toomey said the bill was “not sound economic policy” given its size, and Texas Sen. John Cornyn said that it was a distraction from the amount of relief that Congress already granted.

“This is just opportunistic on the part of the House [Democrats],” Cornyn said. “They’ve got an issue and unfortunately it seems to be drowning out all of the other good stuff we’ve done.” 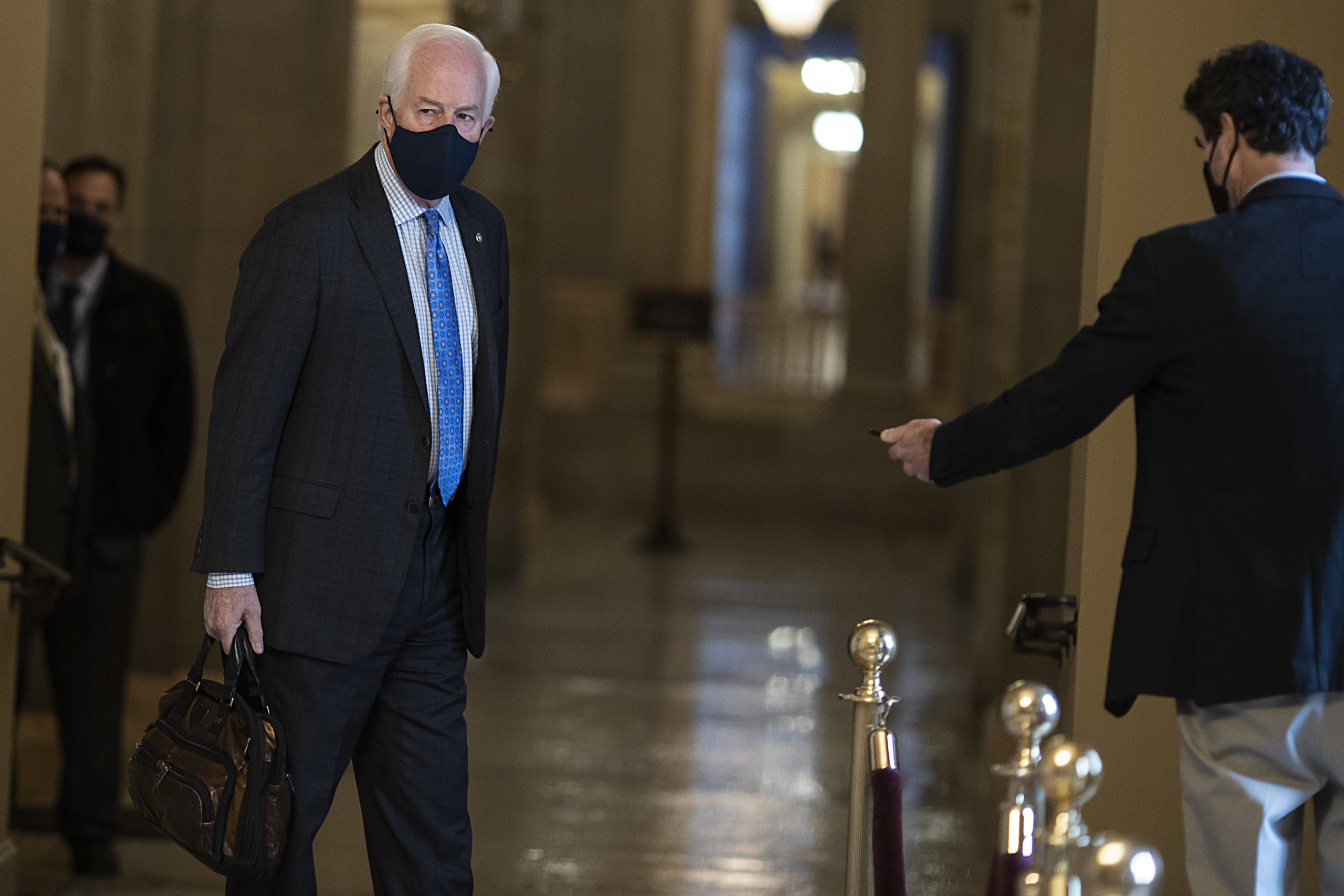 McConnell’s bill appears to address all of Trump’s most recent demands made when signing the $900 coronavirus relief bill on Sunday. Specifically, he called to “start the process for a vote that increases checks to $2,000, repeals Section 230, and starts an investigation into voter fraud.” (RELATED: Trump Vetoes Military Bill Over Section 230 Before Heading To Florida For Christmas)

McConnell’s bill does technically start the process, but as of Wednesday he has yet to schedule a vote on his legislation.

Despite the majority leader’s bill, Trump has continued to pressure Republican senators to pass legislation authorizing higher checks, tweeting on Tuesday that those who oppose doing so have a “death wish” and that passing higher checks “is the right thing to do.”

Several GOP senators have come out in support of the legislation, including Georgia Sens. David Perdue and Kelly Loeffler. The two are running in dual Senate runoffs on Jan. 5 which will determine control of the chamber and whether Democrats can obtain full control of Congress and the White House.