Democratic New York Rep. Alexandria Ocasio-Cortez would not rule out a primary challenge against Senate Minority Leader Chuck Schumer in a Monday interview.

Ocasio-Cortez spoke to Punchbowl News about possibly challenging Schumer in a 2022 primary. She did not rule it out over the course of the conversation and said she is still trying to figure out “what is the most effective thing” she can do for Congress.

“I’m a no-bullshit kind of person. I’m not playing coy or anything like that,” Ocasio-Cortez told Punchbowl News. “I’m still very much in a place where I’m trying to decide what is the most effective thing I can do to help our Congress, our [political] process, and our country actually address the issues of climate change, health care, wage inequality, etc.,” she continued.

Ocasio-Cortez has also commented on whether she felt Schumer was doing a good job.

“It’s a hard thing to say too. We’ve had to deal with a fascist president and Mitch McConnell,” the New York Post reported. 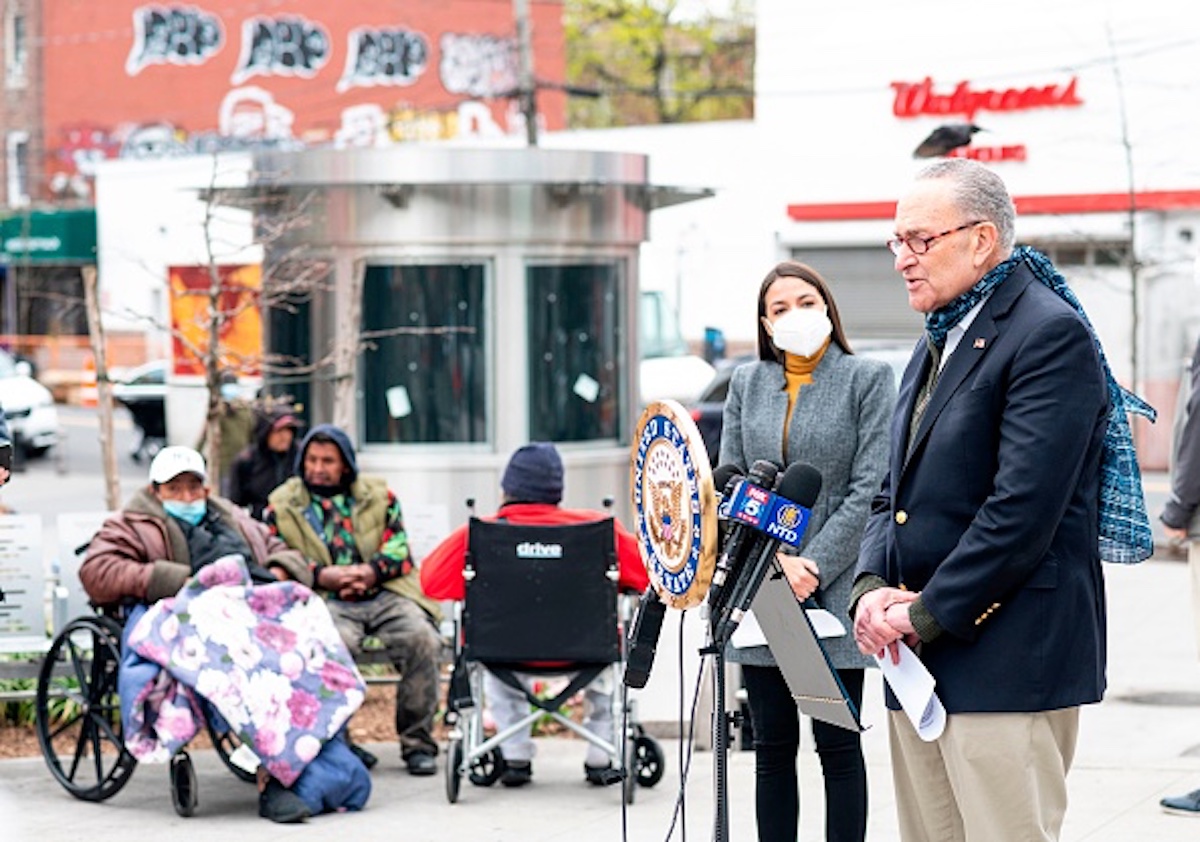 Senate Minority Leader Chuck Schumer speaks as Democratic Congresswoman from New York Alexandria Ocasio-Cortez wearing a face mask to protect herself from the coronavirus, listens during a press conference in the Corona neighbourhood of Queens on April 14, 2020 in New York City. (Photo by JOHANNES EISELE/AFP via Getty Images)

The New York Democrat went after the two Democratic leaders in an interview with The Intercept, saying: “I do think that we need new leadership in the Democratic Party.” Schumer was reelected to serve as the Democrats’ leader in the Senate on Nov. 10. (RELATED: REPORT: Trump Predicts Ocasio-Cortez Will Run Against Schumer And ‘Kick His A**’)

President Donald Trump told network anchors in February that he thinks Ocasio-Cortez will run against Schumer and “kick his ass.” Schumer was first elected to his Senate seat in 1998 and has served as the Senate Minority Leader since 2017.