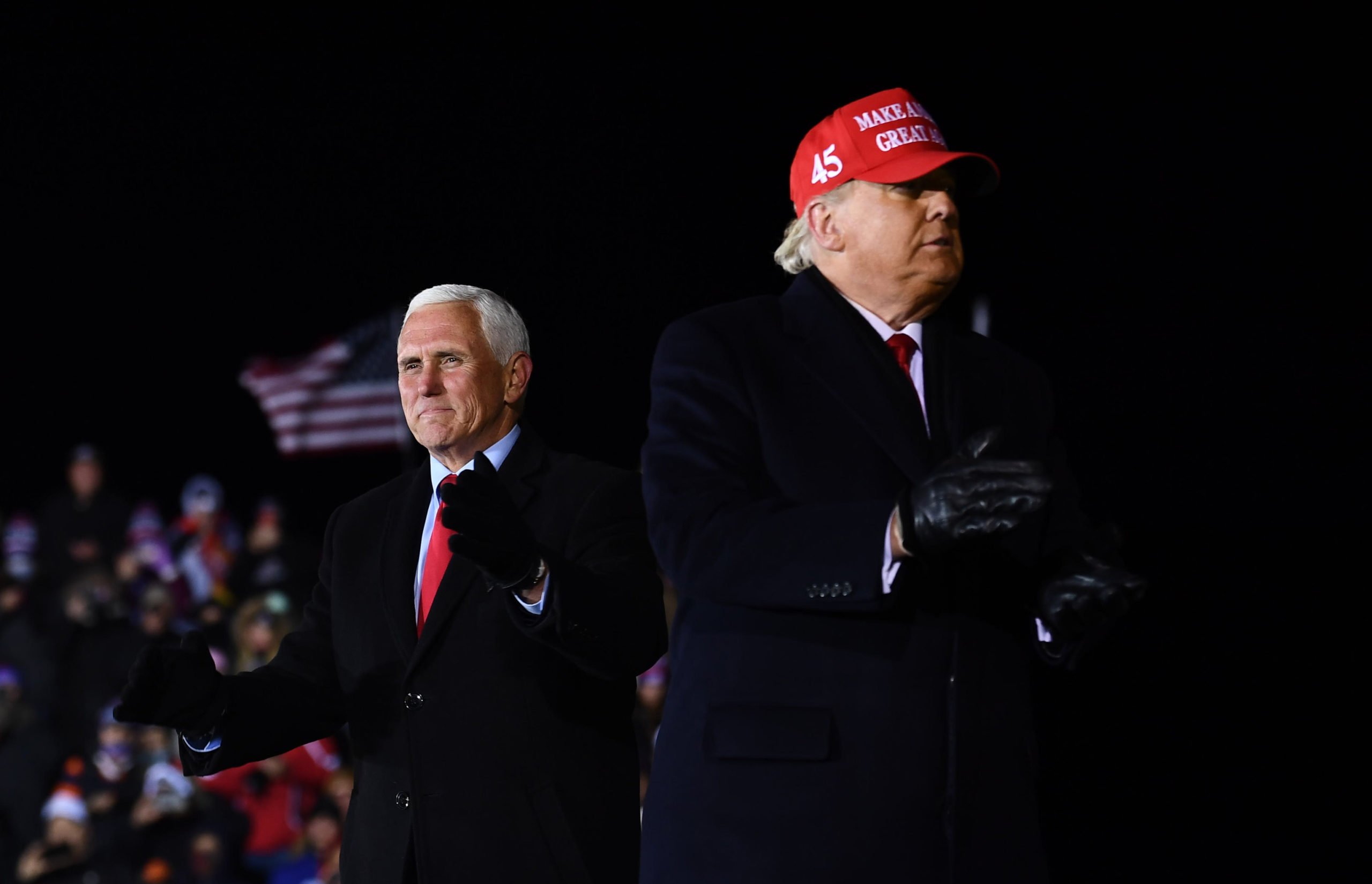 US President Donald Trump stands on stage with Vice President Mike Pence at the conclusion of his final Make America Great Again rally of the 2020 US Presidential campaign at Gerald R. Ford International Airport November 3, 2020, in Grand Rapids, Michigan. (Photo by BRENDAN SMIALOWSKI/AFP via Getty Images)

Trump, who has encouraged both Republican members of Congress to object to the results on Wednesday and his own civilian supporters to gather in D.C. this week, tweeted that Pence “has the power to reject fraudulently chosen electors,” despite nothing in the Constitution granting him the power to do so during the joint session of Congress.

The Vice President has the power to reject fraudulently chosen electors.

As President of the Senate, Pence’s primary role is to serve as the ceremonial vote counter. He will, according to the 12th Amendment, “in the presence of the Senate and House of Representatives, open all the certificates, and the votes shall then be counted.” (RELATED: Biden Overruled Objections To Trump’s 2017 Electoral College Win — Will Pence Do The Same For Biden? His Office Won’t Say)

Though many Trump allies have pledged to object on Wednesday — including at least 12 Republican Senators and more than 100 Republican Representatives — that act too is purely ceremonial. Rejecting a set of results requires a simple majority vote, which New York Times noted is ultimately destined to fail given the Democrats’ strong majority in the House and statements from a growing number of Senate Republicans that they will not object to President-elect Joe Biden’s victory.