Republican Alaska Sen. Lisa Murkowski called on President Donald Trump to resign Friday, becoming the first Senate Republican to call for him to step down after the riots at the Capitol.

“I want him to resign. I want him out. He has caused enough damage,” Murkowski told the Anchorage Daily News, The Hill reported.

“I think he should leave. He said he’s not going to show up. He’s not going to appear at the inauguration. He hasn’t been focused on what is going on with COVID.” she continued, according to The Hill. “He’s either been golfing or he’s been inside the Oval Office fuming and throwing every single person who has been loyal and faithful to him under the bus, starting with the vice president.”

Just hours before the vote to certify President-elect Joe Biden’s win against President Donald Trump, pro-Trump rioters breached the U.S. Capitol and made their way onto the Senate floor, forcing lawmakers to go on lockdown. 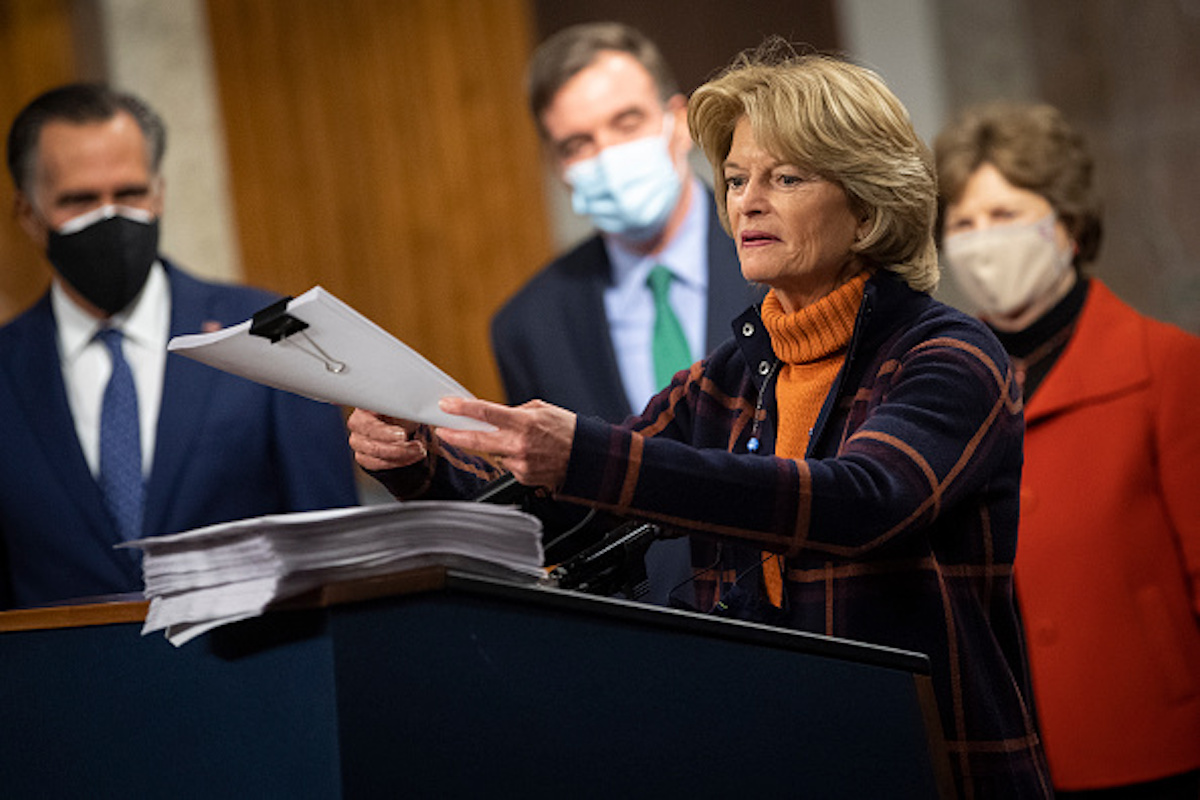 Sen. Lisa Murkowski, R-Alaska, speaks during a news conference with a group of bipartisan lawmakers to unveil a proposal for a COVID-19 relief bill in Washington on Monday, Dec. 14, 2020. (Photo by Caroline Brehman/CQ-Roll Call, Inc via Getty Images)

Every state’s votes ended up being verified throughout the night. The states that were objected to received enough votes to certify Biden’s win, despite a small group of Senate Republicans who objected against the certification of Arizona and Pennsylvania. (RELATED: ‘The Constitution Controls, Not The Mob’: Lindsey Graham Calls For Capitol Riot Task Force To ‘Identify Every Person’)

Police were swarmed by the pro-Trump mob that stormed the Capitol building Wednesday, despite some of the rioters openly discussing their violent plans at the Capitol on internet forums for weeks before.