President Donald Trump said Tuesday that the 25th Amendment poses “zero risk” to him but that it will “come back to haunt” President-elect Joe Biden.

Trump briefly touched on the Capitol Hill riot that left 5 dead while speaking at a Border Wall ceremony in Alamo, Texas. (RELATED: Biden Savages Trump For Capitol Riot, But Doesn’t Say If He Agrees With Invoking The 25th Amendment)

“Millions of our citizens watched on Wednesday as a mob stormed the Capitol and trashed the halls of government. As I have consistently said throughout my administration, we believe in respecting America’s history and traditions, not tearing them down. We believe in the rule of law not in violence or rioting,” he stated. “Now is the time for our nation to heal, and it’s time for peace and calm. respect for the law enforcement and the great people in law enforcement is the basis of the great MAGA agenda.” 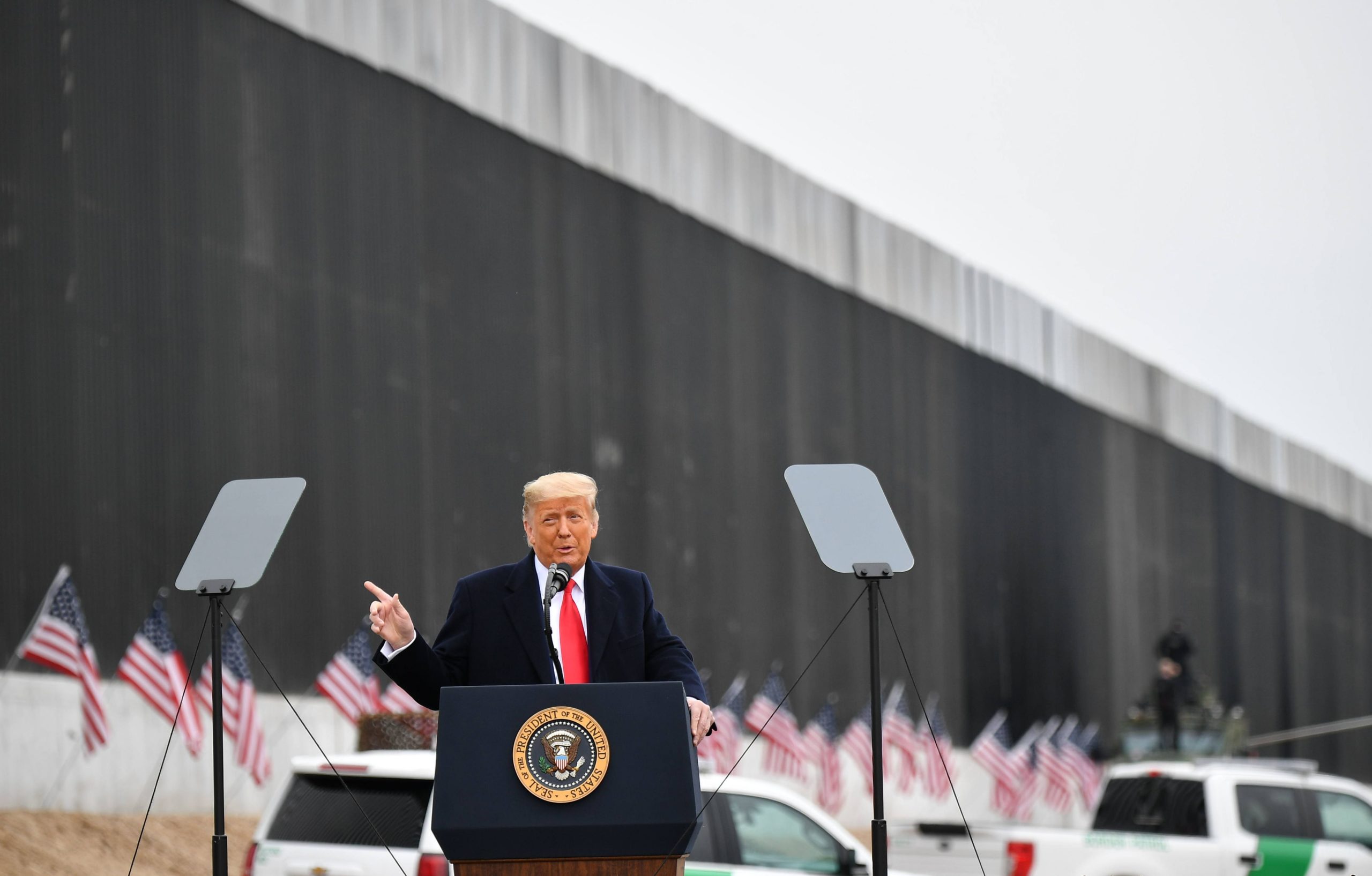 US President Donald Trump speaks after touring a section of the border wall in Alamo, Texas on January 12, 2021. (Photo by MANDEL NGAN/AFP via Getty Images)

Earlier in his remarks, Trump appeared to address the possibility that he could be removed from office prior to Biden’s inauguration, either by Congress through impeachment or the invocation of the 25th Amendment by Vice President Mike Pence.

“The 25th amendment is of zero risk to me but will come back to haunt Joe Biden and the Biden administration,” Trump told the crowd. “As the expression goes, be careful what you wish for.”

He then repeated a line he delivered to reporters Tuesday morning prior to departing Washington, D.C. “The impeachment hoax is a continuation of the greatest and most vicious witch hunt in the history of our country.”

“It’s causing tremendous anger and division and pain far greater than most people will ever understand, which is very dangerous for the USA,” he continued. “Especially at this very tender time.”

Just prior to closing his remarks, Trump stated that “the safety of our country must come before politics.”