President Donald Trump lashed out Wednesday at Vice President Mike Pence as his own supporters broke through security and flooded the United States Capitol.

Pence, who was presiding over Congress’ certification of the votes, had announced that he would follow the Constitution and ignore Trump’s orders to overturn the election results. (RELATED: Capitol Hill Locked Down After Trump Supporters Riot, Storm Capitol Complex)

“Mike Pence didn’t have the courage to do what should have been done to protect our Country and our Constitution, giving States a chance to certify a corrected set of facts, not the fraudulent or inaccurate ones which they were asked to previously certify,” Trump tweeted. “USA demands the truth!”

Mike Pence didn’t have the courage to do what should have been done to protect our Country and our Constitution, giving States a chance to certify a corrected set of facts, not the fraudulent or inaccurate ones which they were asked to previously certify. USA demands the truth!

He urged rioters to respect Capitol Police in a followup tweet.

Please support our Capitol Police and Law Enforcement. They are truly on the side of our Country. Stay peaceful!

“I do not believe the Founders of our country intended to invest the Vice President with unilateral authority to decide which electoral voters should be counted,” a statement from Pence noted. (RELATED: Biden Overruled Objections To Trump’s 2017 Electoral College Win — Will Pence Do The Same For Biden? His Office Won’t Say) 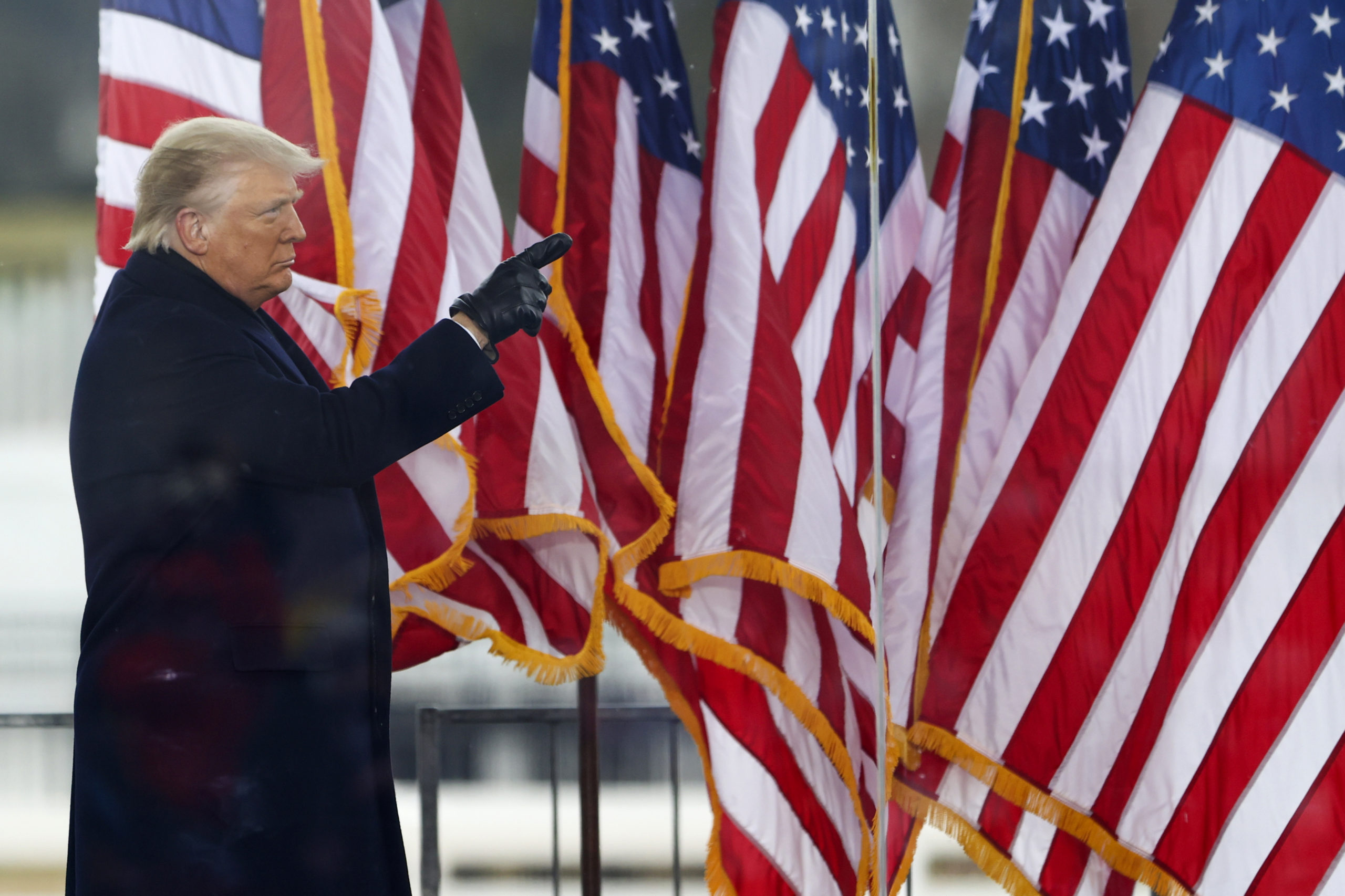 WASHINGTON, DC – JANUARY 06: President Donald Trump greets the crowd at the “Stop The Steal” Rally on January 06, 2021 in Washington, DC. Trump supporters gathered in the nation’s capital today to protest the ratification of President-elect Joe Biden’s Electoral College victory over President Trump in the 2020 election. (Photo by Tasos Katopodis/Getty Images)

Earlier in the day, Trump had told a crowd of thousands to march to Capitol Hill and demand Pence and Congress overturn the election results.

TRUMP: “Explosions of BULSHIT” is how Trump described the counting of votes. Crowd chants “bull-shit!” pic.twitter.com/CaRvKXeyKN

Though many Trump allies have pledged to object on Wednesday — including at least 12 Republican senators and more than 100 Republican representatives — that act too is purely ceremonial. Rejecting a set of results requires a simple majority vote, which New York Times noted is ultimately destined to fail given the Democrats’ strong majority in the House and statements from a growing number of Senate Republicans that they will not object to President-elect Joe Biden’s victory.