Over the last decade, thousands of wealthy Americans have built homes, started businesses and spent a significant amount of time in Puerto Rico, all in order to take advantage of the island’s tax code that exempts them from U.S. taxes. While just a few thousand have taken advantage of the law, the U.S. federal government has potentially lost out on hundreds of millions of dollars in tax revenue, according to the Internal Revenue Service (IRS).

“It’s being done, in a sense, in plain sight,” Peter Palsen, an international tax expert at the Washington D.C-area law firm Frost Law, told The Daily Caller News Foundation. “The IRS has the knowledge of who’s doing it.”

In 2012, the Puerto Rican government enacted two tax laws, Act 20 and Act 22, which were intended to incentivize wealthy individuals from around the world to move to the island and invest in its economy. In 2019, the laws were combined into a single law: Act 60. 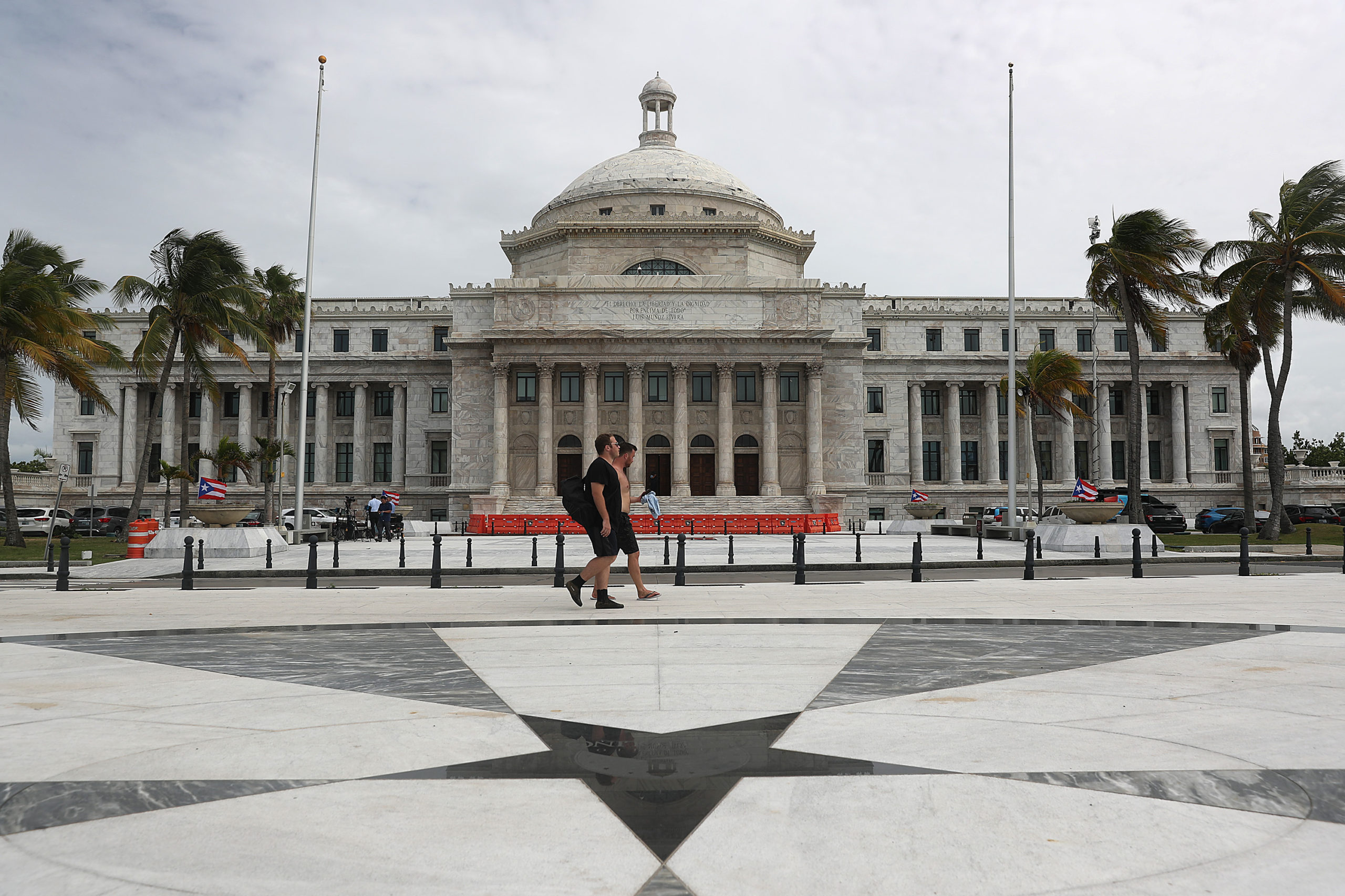 Act 20 applies to companies, attempting to encourage them to invest in Puerto Rico through a series of tax exemptions, according to Sotheby’s International Realty. Companies that relocate to the island and are approved by the Puerto Rican government qualify for a 4% corporate tax rate and have a 100% exemption on property taxes and profit distributions.

Act 22 applies to individuals, offering them a 100% exemption from Puerto Rico income taxes on income earned after moving to the island, according to Sotheby’s. (RELATED: A ‘Mini-Switzerland’: South Dakota’s Status As Tax Haven Emphasized By High-Profile Divorce Case)

“I believe it is my moral duty to minimize my taxes,” Lobo Tiggre, a stock trader who moved to Puerto Rico for Act 22 benefits, told GQ in 2018.

Vittorio Assaf, a Puerto Rico restaurant owner, said Act 22 seems to be effective, according to GQ.

“They come all the time, they spend money,” he said of the people who move to take advantage of the law, GQ reported. “They buy apartments, they do investment on the island. I mean, I guess it’s fantastic. If they didn’t have these guys coming down, then there would be really big trouble.” 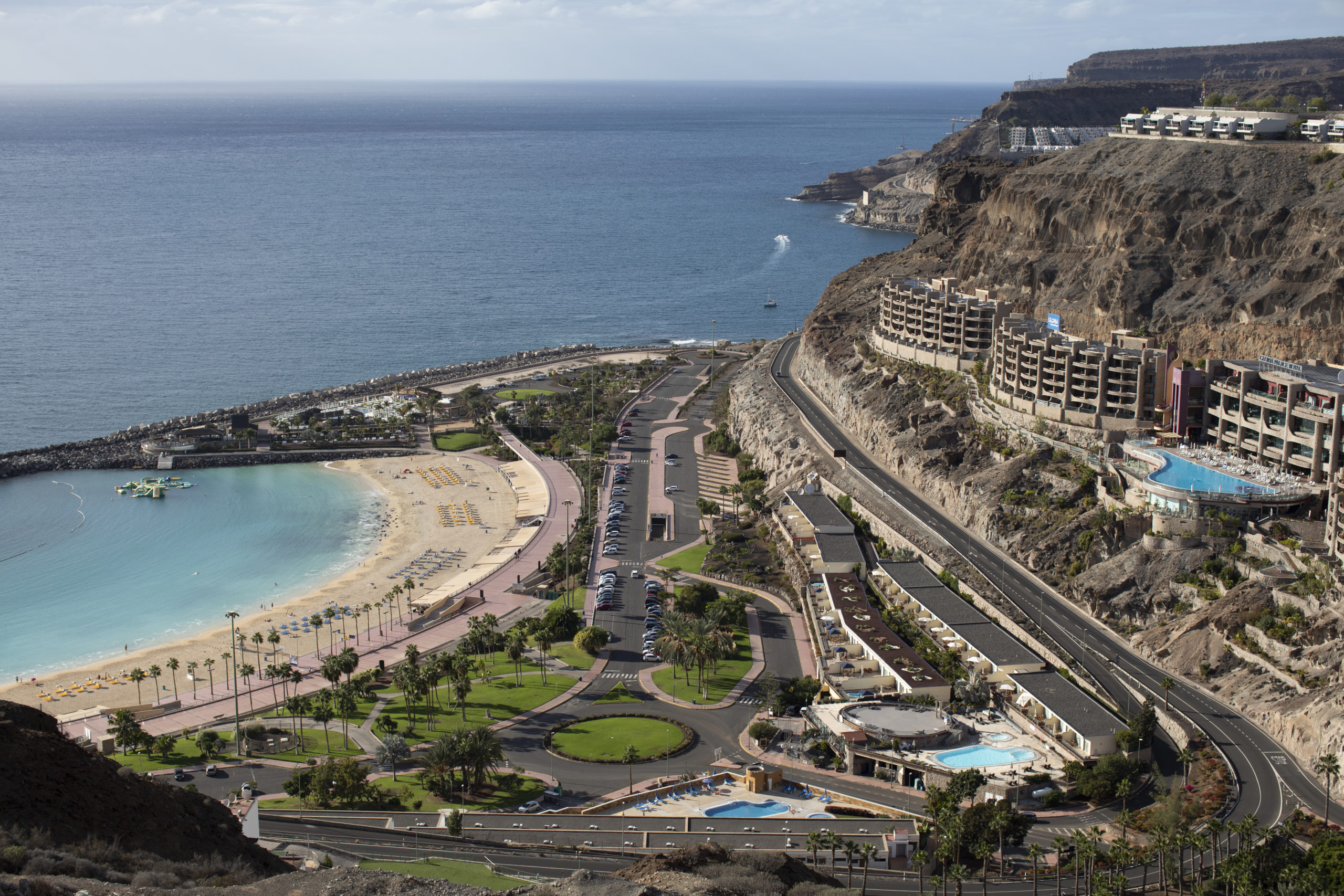 Between 2012 and 2019, the Puerto Rican government has granted 1,924 entities Act 20 benefits, according to a 2020 IRS report commissioned by the House Appropriations Committee. In that same period, 2,331 individuals were granted Act 22 benefits, the report found.

While the IRS’ information was incomplete, the agency was able to obtain the information of 647 individuals who benefited from Act 22. The individuals, who moved from a variety of U.S. states including California, New York, Texas and Florida, paid a combined total of $557,978,112 in federal income taxes in the five years prior to their relocation to Puerto Rico.

“It is deeply troubling to learn that wealthy individuals are using Puerto Rico as a tax haven to avoid paying their fair share,” Democratic New York Rep. Alexandria Ocasio-Cortez said in a 2019 statement. “The Treasury Department must now take necessary action to ensure Act 20 and 22 support the people of Puerto Rico, and are not just another tax giveaway to millionaires and billionaires.” 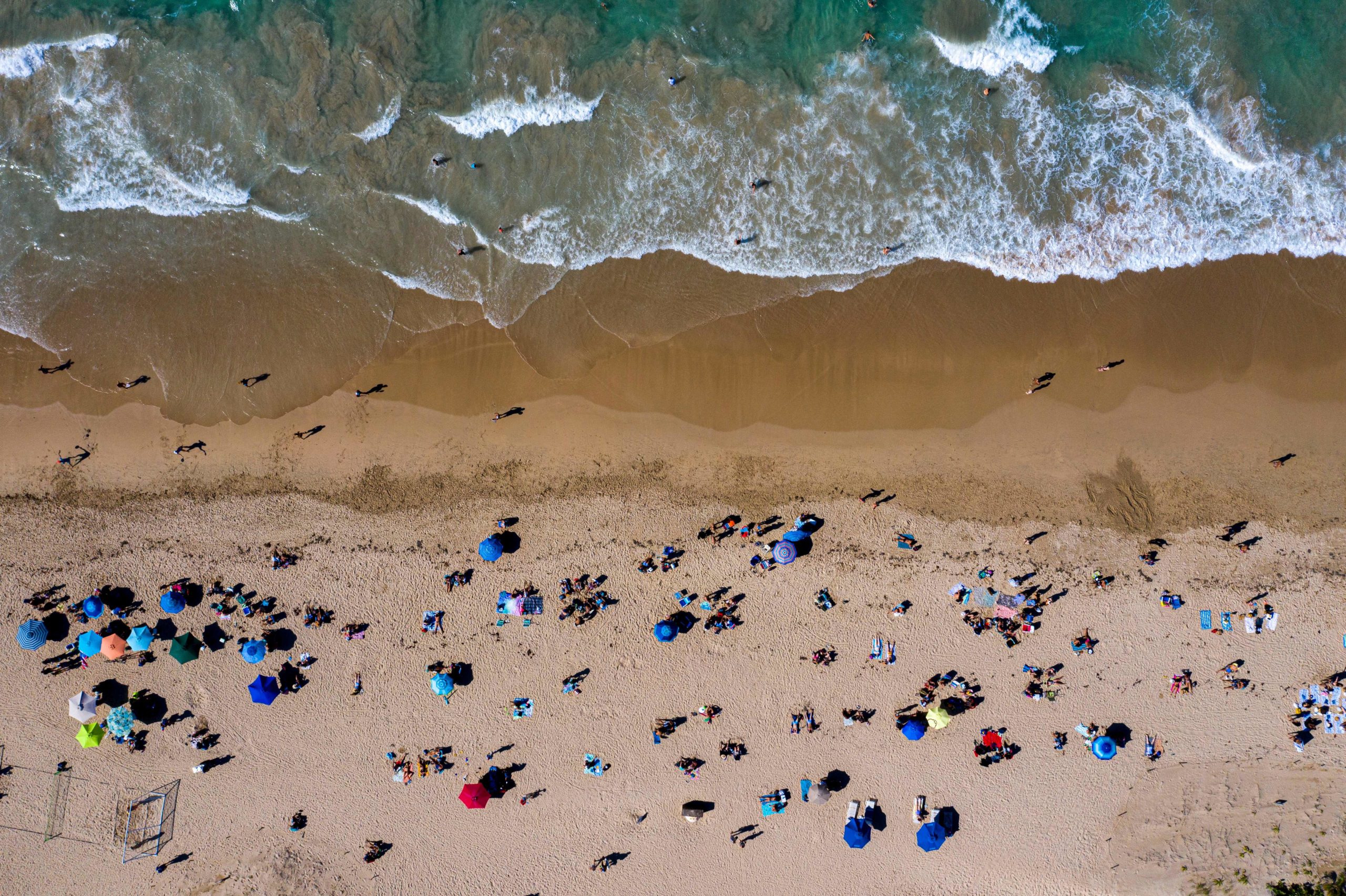 People are seen on the beach in San Juan Puerto Rico on March 15, 2020. (Ricardo Arduengo/AFP via Getty Images)

“[The law has] enabled high-income individuals and profitable service businesses to avoid any Federal or territorial taxation on some income and to owe extremely low rates of tax on other income,” the letter said, according to The Miami Herald. (RELATED: Trudeau’s Chief Fundraiser In Middle Of Tax Haven Expose)

“By ‘residing’ on the island for 183 days per year, these individuals now avoid both Federal and local taxes,” it continued. “This results in tax benefits that individuals and businesses could not obtain anywhere else in the world. In other words, Puerto Rico has become a tax haven from the Federal government.”

The main qualification for an individual who seeks to take advantage of Act 22 is that they live in Puerto Rico for more than half the year, or 183 days, Palsen told The DCNF. However, there are many subjective qualifications the IRS analyzes to determine if a person is a bona fide citizen of Puerto Rico.

“I don’t really view this as much of a loophole as just an incentive, like many other incentives, that exists to encourage certain behaviors,” Palsen said.

To determine if a person is a bona fide citizen of Puerto Rico, the IRS examines factors such as location of permanent home, location of family members, locations of personal belongings, location of social, political or religious organizations to which they belong, location of jurisdiction where their driver’s license originated and location of routine banking activity. 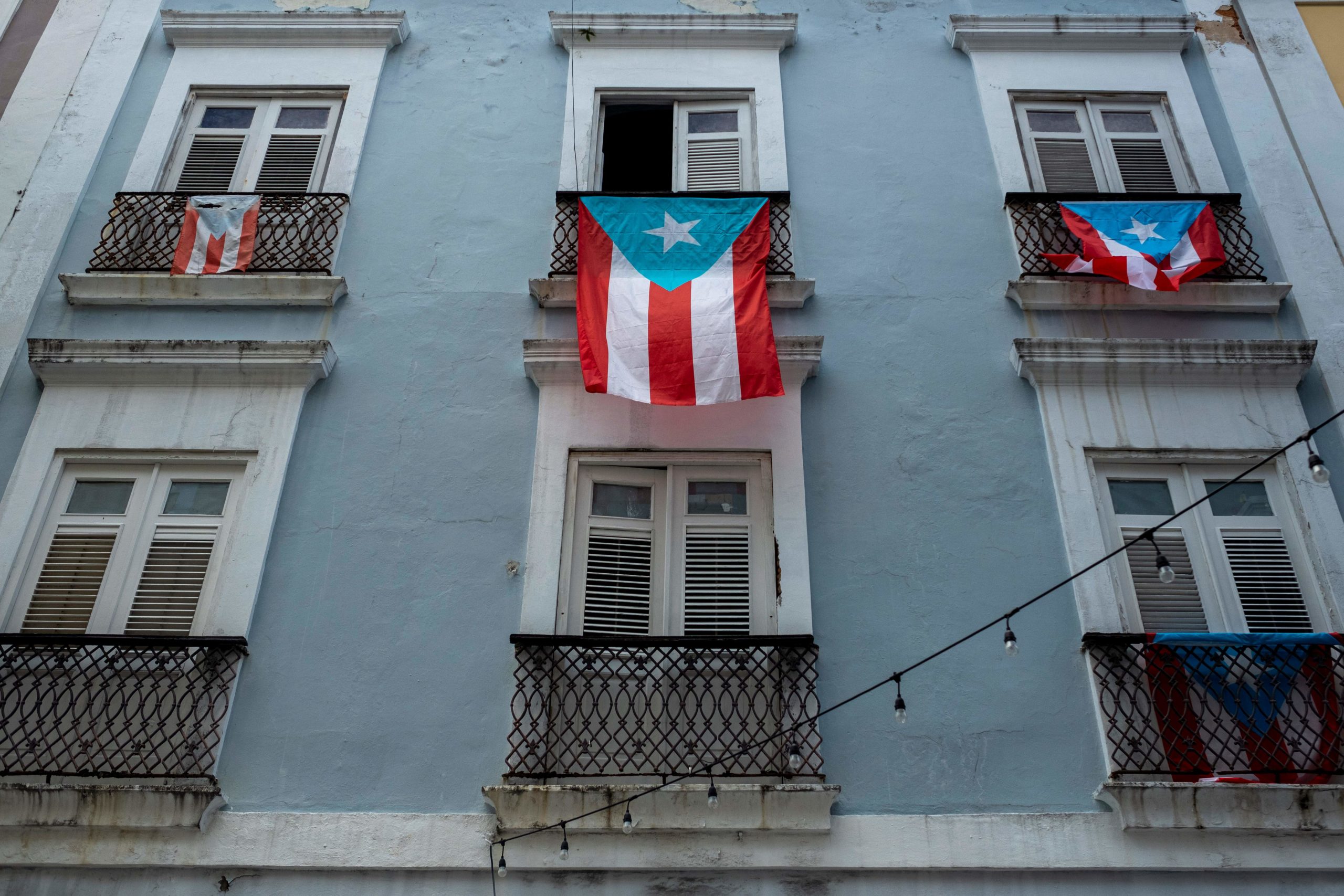 Palsen said the checklist might contain more than 100 different variable factors. The reason more people don’t take advantage of Act 22 is likely because of these qualifications. Moving to Puerto Rico and proving to be a bona fide citizen requires a serious commitment to a lifestyle change, he said. (RELATED: Progressives Want To Make DC And Puerto Rico States. It May Not Go As Well As They Think)

The U.S. government has also prosecuted those who have tried to exploit the system. In October, the U.S. charged a certified public accountant for submitting false information to the Puerto Rican government in an attempt to fraudulently obtain Act 20 tax relief for an unnamed company.

“Federal and Puerto Rican tax laws have been put in place to invigorate the economy and provide financial relief to Puerto Rico” said IRS special agent Tyler R. Hatcher in a statement. “IRS Criminal Investigation will vigorously pursue any individuals and professionals that fraudulently enrich themselves by abusing government tax incentive programs.”

“At some point soon, we’re going to have 10,000 individuals,” José Pérez-Riera, the government official who instrumental in writing the law, told GQ. “Just imagine the amount of development. This is the beginning of the story, if you will.”

The IRS and DEDC didn’t immediately respond to requests for comment.