An expensive luxury car that was reported stolen to the Chicago police more than a year ago was reportedly involved in a one-car fatal crash Monday on I-65 in Indiana.

A black 2020 Maserati Ghibili, reportedly driven by Walter Allen, 28, was driving southbound down I-65 in Gary, Indiana, on the Ridge Road ramp when for unknown reasons he veered off the road, became airborne and crashed into a utility pole in a ditch on the west side, according to a press release from the Indiana State Police. 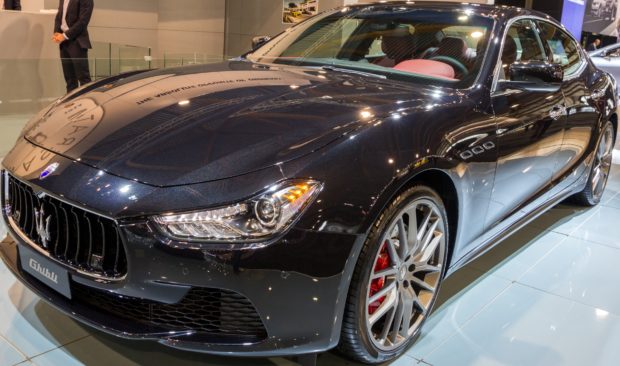 The stolen Maserati Ghibli that crashed in Gary, Indiana is a high tech and expensive luxury car (Photo by VDWimages/Shutterstock)

The police responded to the reported accident at 12:45 a.m. Monday and found Allen, who was declared dead at the scene by the Lake County Coroner, and two passengers. The passengers, Racara Liberty, 31, and Damaun Johnson, 32, both from Blue Island, Illinois, were seriously injured and taken to Franciscan Health Hospital in Crown Point, reported the Chicago Tribune.  (RELATED: Tracy Morgan Crashes $2M Bugatti In NYC Car Accident Only Minutes After Buying It)

During the crash investigation, Trooper Dennis Griffin discovered that the Maserati had been reported stolen to Chicago police in December 2019, according to the press release.

Two Glock 9 mm handguns, one of which also had been reported stolen in Georgia, ecstasy and marijuana were discovered in the vehicle, the press release stated.