Gomez, who is also the archbishop of Los Angeles, emphasized in a lengthy statement that the Catholic Church neither participates in partisan politics nor identifies with a particular political party. The archbishop noted that the church aligns with the Republican party on some issues while aligning with the Democratic party on others.

“Working with President Biden will be unique, however, as he is our first president in 60 years to profess the Catholic faith,” Gomez said, praising Biden for understanding “the importance of religious faith and institutions.” (RELATED: Pope Francis Asks Biden To Respect The ‘Rights And Dignity Of Every Person’, Including Those Who ‘Have No Voice’)

“Mr. Biden’s piety and personal story, his moving witness to how his faith has brought him solace in times of darkness and tragedy, his longstanding commitment to the Gospel’s priority for the poor — all of this I find hopeful and inspiring,” Gomez said.

But the archbishop highlighted that Biden has promised to pursue policy “that would advance moral evils and threaten human life and dignity” — most notably in regards to abortion, marriage, gender and contraception. (RELATED: Biden Attends Mass At St. Matthew’s Cathedral In DC Ahead Of Inauguration)

The Vatican Secretariat of State reportedly intervened before Gomez’s statement could be released Wednesday morning so that Pope Francis could first release his statement, according to Catholic news website the Pillar. The pope’s statement made no direct mention of abortion but urged Biden to respect the “rights and dignity of every person,” including those who “have no voice.”

Gomez’s statement had been hotly debated until late Tuesday evening, the Pillar reported, but the Vatican’s intervention caused it to not be released until later Wednesday. 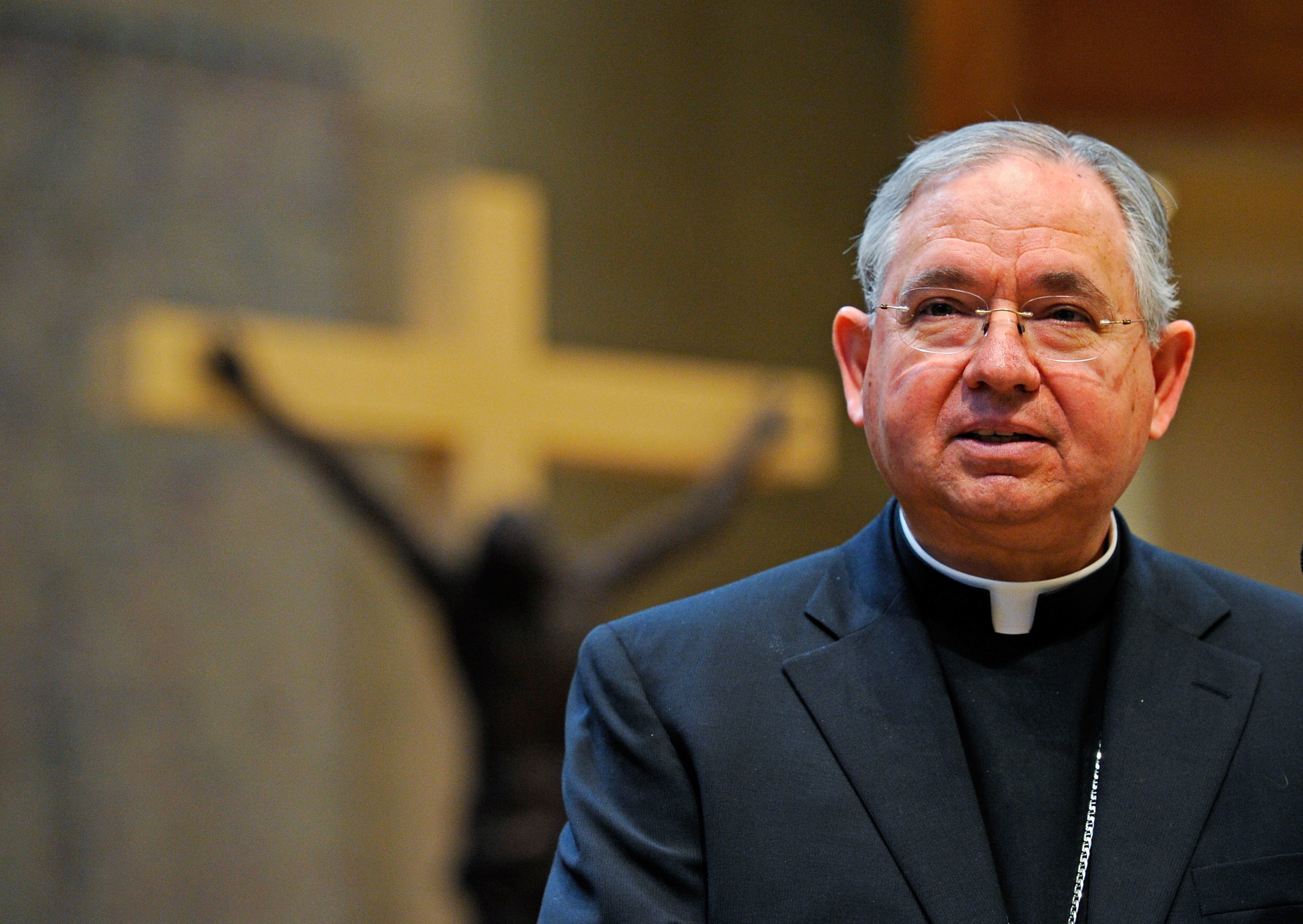 Archbishop Jose Gomez of San Antonio, Texas, speaks during a news conference at the Cathedral of Our Lady of the Angels on April 6, 2010 in Los Angeles, California. Gomez, 58, will take over the archdiocese of Los Angeles when Cardinal Mahoney retires. (Kevork Djansezian/Getty Images)

Abortion must continue to be the “preeminent priority” to U.S. Catholic bishops, Gomez said, though noting at the same time that abortion is not the “only” issue bishops must focus on. (RELATED: Biden Has Promised To Undo These Pro-Life Policies)

“As Pope Francis teaches, we cannot stay silent when nearly a million unborn lives are being cast aside in our country year after year through abortion,” Gomez said.

“Abortion is a direct attack on life that also wounds the woman and undermines the family,” Gomez continued. “It is not only a private matter, it raises troubling and fundamental questions of fraternity, solidarity, and inclusion in the human community.”

The archbishop also said that abortion is a matter of social justice, reminding Americans that abortion rates are higher among the poor and minorities, and that abortions are “regularly used to eliminate children who would be born with disabilities.”

Gomez expressed the hope that Biden would work with the Catholic Church to better understand these issues and to engage in a “dialogue to address the complicated cultural and economic factors that are driving abortion and discouraging families.”