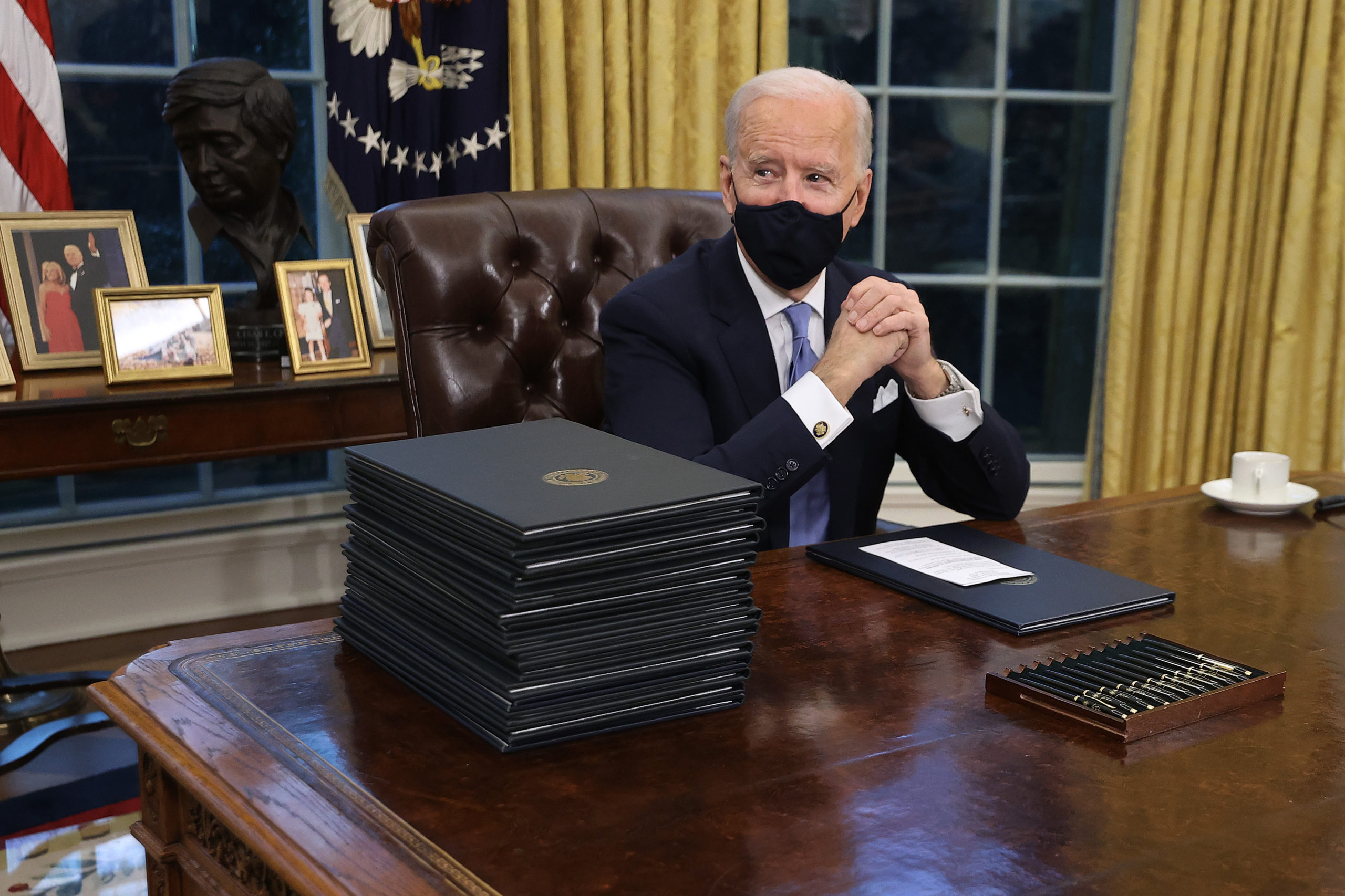 WASHINGTON, DC – JANUARY 20: U.S. President Joe Biden prepares to sign a series of executive orders at the Resolute Desk in the Oval Office just hours after his inauguration on January 20, 2021 in Washington, DC. Biden became the 46th president of the United States earlier today during the ceremony at the U.S. Capitol. (Photo by Chip Somodevilla/Getty Images)

The texts of Biden’s new executive orders had not been published by press time.

“These are all just starting points,” Biden told the reporters gathered in the Oval Office for the signing ceremony. “There’s going to be a lot of focus on the middle class, and I think some of the things we’ll be doing are bold and vital, and there’s no time to start like today.”

“These are just executive actions,” he noted. “They are important but we’ll need legislation for a lot of things we’re going to do.”

Biden is expected to sign a record number of executive orders in his first two weeks in office. In addition to new initiatives on climate and coronavirus, he is expected to rollback the majority of former President Donald Trump’s immigration policies, including halting construction of the Souther Border wall and providing a pathway to citizenship for millions of illegal aliens living in the United States.