Republican Ohio Sen. Rob Portman announced Monday he will not seek reelection in 2022, becoming the latest GOP senator to say they will not run for another term.

“I don’t think any Senate office has been more successful in getting things done, but honestly, it has gotten harder and harder to break through the partisan gridlock and make progress on substantive policy, and that has contributed to my decision,” Portman said, according to The Enquirer.

Portman would have been running for his third term in 2022. 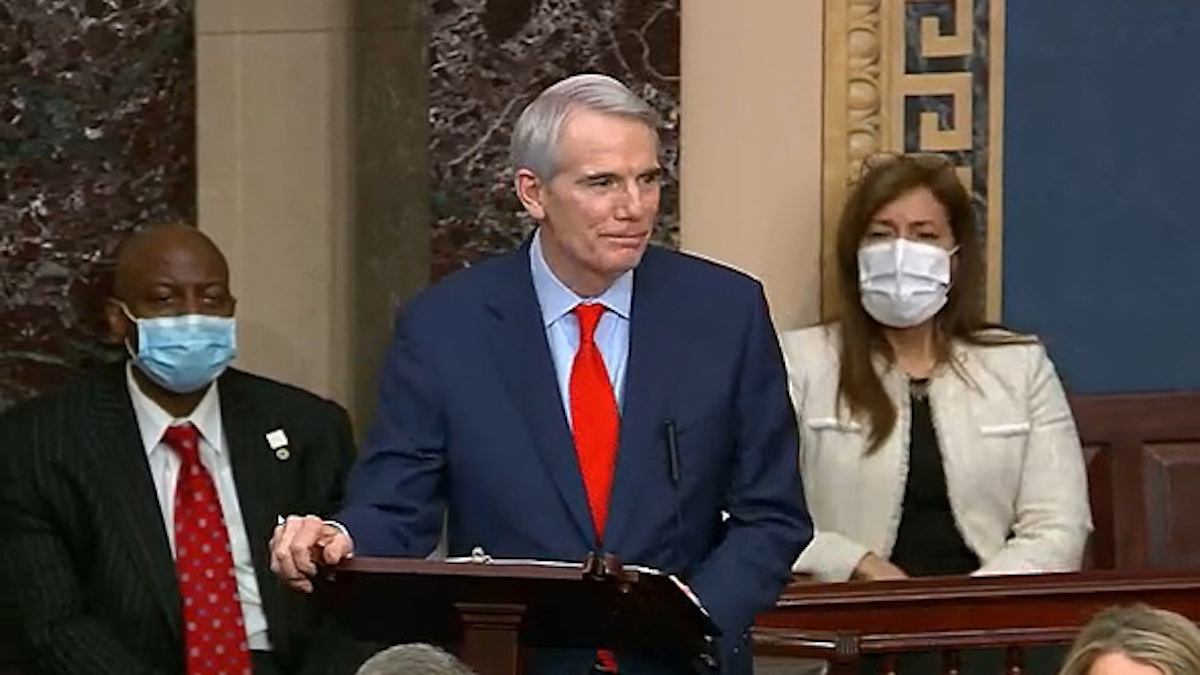 In this screenshot taken from a congress.gov webcast, Sen. Rob Portman (R-OH) speaks during a Senate debate session to ratify the 2020 presidential election at the U.S. Capitol on January 6, 2021 in Washington, DC. (Photo by congress.gov via Getty Images)

“We live in an increasingly polarized country where members of both parties are being pushed further to the right and further to the left, and that means too few people who are actively looking to find common ground. This is not a new phenomenon, of course, but a problem that has gotten worse over the past few decades,” Portman continued. (RELATED: Sen. Rob Portman Says He Will Not Oppose Electoral Vote Count On January 6)

Portman’s office did not immediately respond to the Daily Caller when asked about the Senator’s plans for the future.

(This is a developing story. More information will be added as it becomes available)