Some people are complaining about a red rash developing on their arm after recovering the Moderna COVID-19 vaccine, USA Today reported.

The rash, which is being called “COVID arm” can be itchy, but it’s completely harmless, Dr. Esther Freeman, director of global health dermatology at Massachusetts General Hospital, told USA Today.

“We want to reassure people that this is a known phenomenon. Having a big red splotch on your arm for a couple of days may not be fun but the reality is there’s no need to panic and no reason not to get your second shot,” she told USA Today.

Dermatologists and allergists have called the side effect “delayed cutaneous hypersensitivity,” and the reaction has only so far appeared to be topical. The rash is red, sometimes itchy, and painful to touch, and covers 5 or 6 inches of the arm in the area where the vaccine was administered. Although it appears worrisome initially, Freeman told USA Today that the rash disappears between 24 hours and a week of appearing.

The reaction has only been observed in people who’ve received the Moderna vaccine. It has also been more common in women than men, although it’s uncertain whether this is due to the fact that a majority of healthcare workers, who are prioritized in vaccine rollout, have been women.

Similarly, the reaction seemed more common among people in their 30s and 40s, however, that may be due to the ages of healthcare workers who were in the first state of vaccine rollouts, USA Today reported.

The rash typically appears five to nine days after the first vaccine shot, which sets it apart from most vaccine side effects, which typically occur much sooner after the shot is administered.

Doctors are encouraged that it does not appear that the second Moderna shot is worsening reactions by causing a more severe rash, but more data will take time to collect since the second round of shots only began Jan. 15.

“Is this related to the body’s immune reaction? Is this just your body doing the job, or is this maybe related to one of the inactive ingredients to the vaccine? We really don’t know yet,” Dr. Kim Blumenthal, a professor of medicine at Harvard medical school told USA Today. 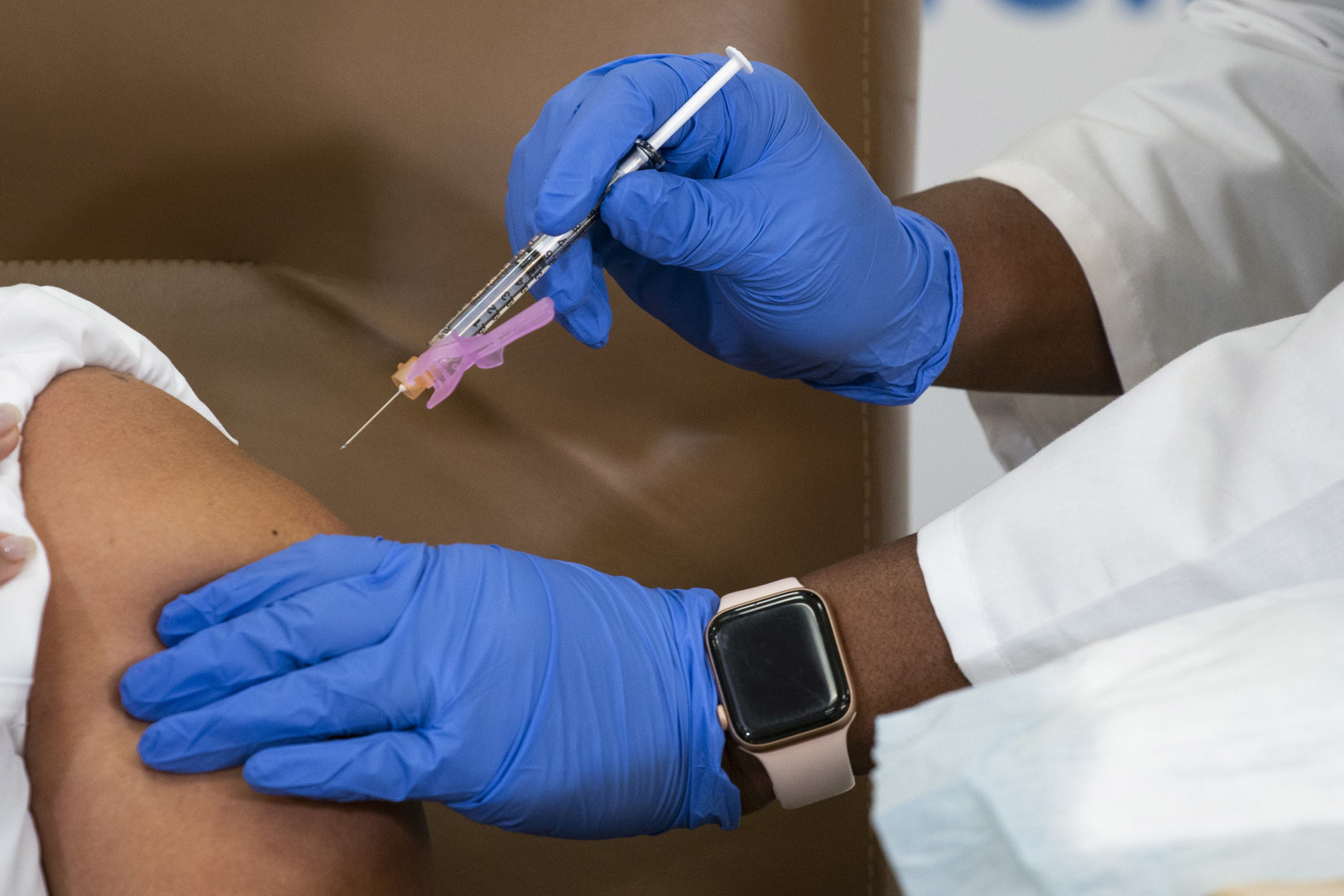 Although the rash may be uncomfortable and annoying, it’s not an infection and doesn’t need to be treated with antibiotics, and it shouldn’t discourage anyone from getting vaccinated. Freeman told USA Today that if the rash isn’t exclusively occurring on the arm, and it lasts longer than a week, then the patient should reach out to their health care provider.

In the Centers for Disease Control and Prevention (CDC) first report on allergic reactions following COVID-19 vaccinations, it reported 20 cases of severe reactions to the Pfizer vaccine out of the nearly 5 million people who had been vaccinated at that time in early January. Roughly two weeks later, the CDC reported that out of the more than 4 million people who received the first doses of the Moderna vaccine, ten had severe allergic reactions, but no one died. (RELATED: US Reports 29 Cases Of Confirmed Severe Allergic Reaction To Pfizer Coronavirus Vaccine Among Nearly 5 Million Vaccinated)

The findings have signaled to health officials that the Moderna and Pfizer vaccines that have been distributed don’t point to concerning trends, according to Business Insider.