Democratic West Virginia Sen. Joe Manchin on Tuesday said he does not support a $15 minimum wage.

Manchin was asked by The Hill if he would support raising the minimum wage to $15 an hour, something many Democrats have said they are in favor of, to which Manchin responded by saying: “No I’m not. I’m supportive of basically having something that’s responsible and reasonable.” 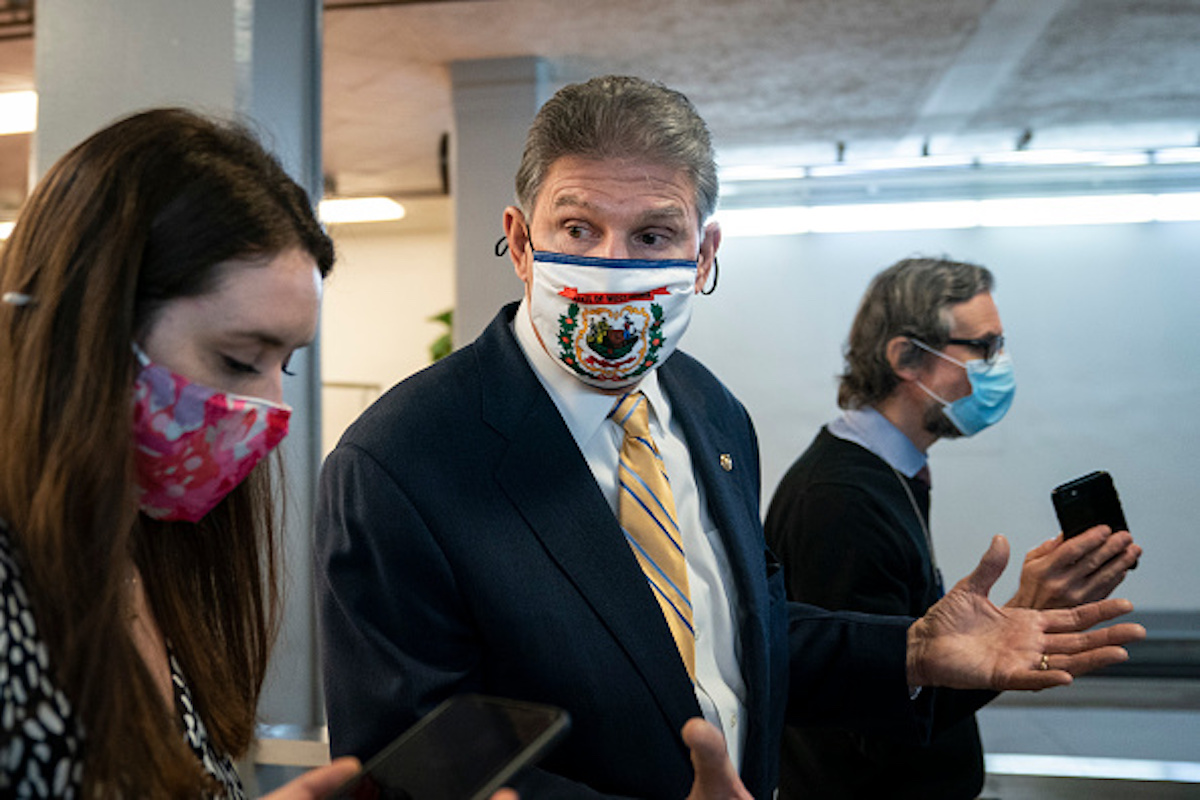 Sen. Joe Manchin (D-WV) speaks to reporters in the Senate subway following a vote at the U.S. Capitol on February 2, 2021 in Washington, DC. (Photo by Drew Angerer/Getty Images)

Manchin’s opposition would put a roadblock in a coronavirus package, which could include raising the minimum wage to $15 if no Republicans supported the legislation. Democrats need all 50 members in the Senate to vote in favor if no Republicans are on board. (RELATED: Corporations That Support The $15 Minimum Wage Can Afford It. Here’s Who Can’t)

Manchin’s office did not immediately respond the Daily Caller when asked for more details on increasing the minimum wage.