Just 16% of Americans believe that democracy is working well or extremely well, according to an Associated Press poll.

While 38% of Americans believe that democracy is functioning “somewhat well,” 45% believe that it is working either “not too well” or “not well at all,” according to the poll. The findings follow months of baseless claims of widespread voter fraud and a deadly attack on the U.S. Capitol on Jan. 6 while Congress was certifying President Joe Biden’s victory.

Former President Donald Trump was impeached for the second time following the Capitol riot on a charge that he helped incite the insurrection, and his Senate trial is set to begin on Tuesday. Forty-seven percent of Americans think the Senate should convict Trump and bar him from office, according to a separate AP poll. (RELATED: Overwhelming Majority Of Americans Think Trump Played A Role In Inciting The Capitol Riot, Poll Shows) 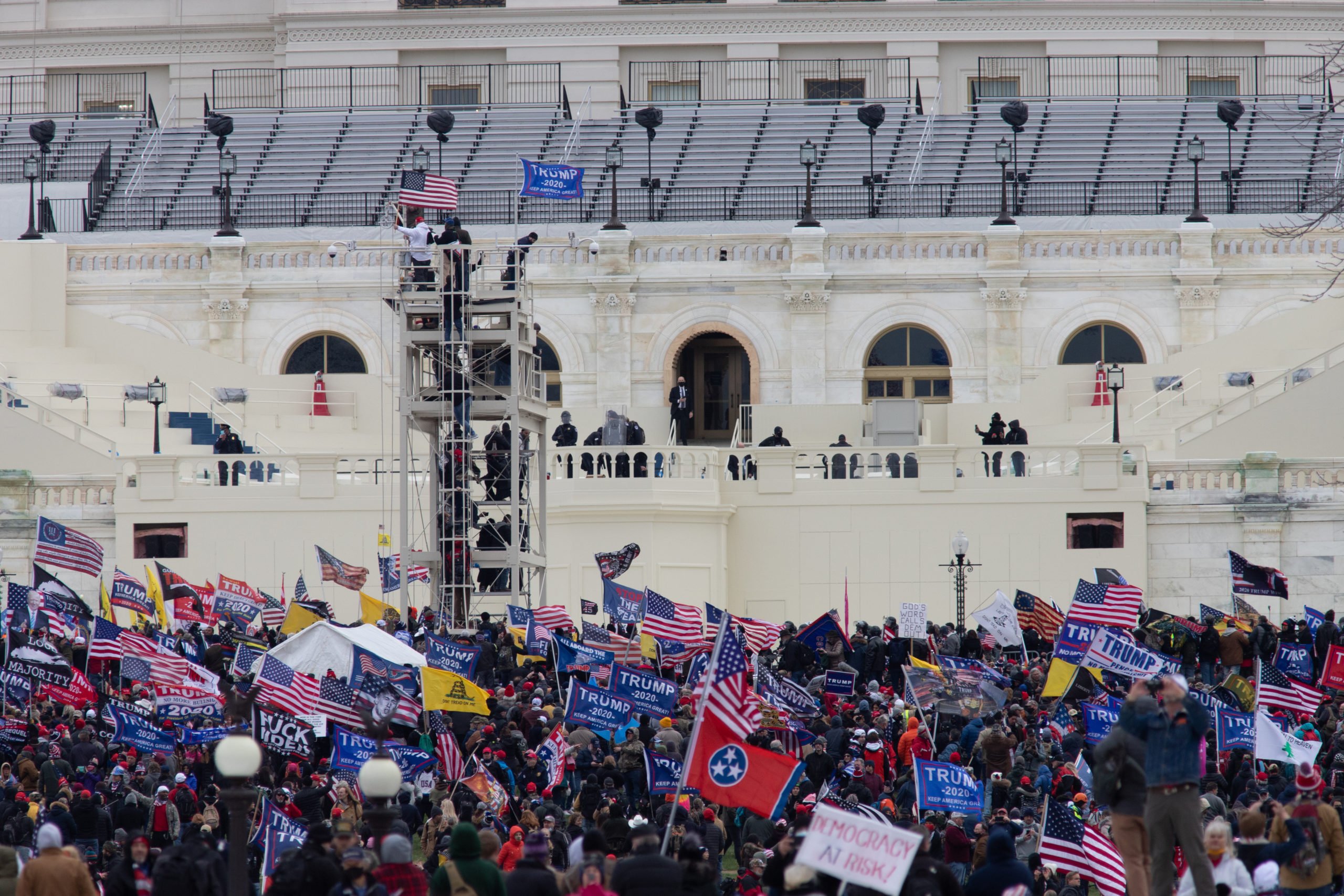 Rioters scaled the media tower and other scaffolding set up for inauguration at the Capitol Building on Jan. 6, 2021 in Washington, D.C. (Kaylee Greenlee – Daily Caller News Foundation)

While the metrics were not staunchly different than before November’s election, there is evidence that Trump’s attacks on the election and its legitimacy resonated among Republicans. Sixty-eight percent said that democracy was working at least somewhat well in October, but that figure crashed to just 36% in January, according to the AP.

And though approximately two-thirds of Americans see Biden as the legitimately elected president, only one-third of Republicans said that they shared that view.

Biden campaigned on a pledge to unite the country and restore democratic ideals, and 70% of those surveyed said that Biden supported democratic institutions at least a fair amount. Only 37% said the same for Trump.

But despite the figures regarding confidence in American democracy, the poll did show some optimistic trends. Eighty-eight percent of Americans said that a fair and impartial judicial system was critical for the country’s success, and 85% said the same about individual liberties and freedoms guaranteed by the Constitution.