Republican Alabama Sen. Richard Shelby announced Monday that he will not run for reelection in 2022.

“Today I announce that I will not seek a seventh term in the United State Senate in 2022. For everything, there is a season,” Shelby, who is 86 years old, said in a statement.

“Although I plan to retire, I am not leaving today. I have two good years remaining to continue my work in Washington. I have the vision and the energy to give it my all,” Shelby continued. 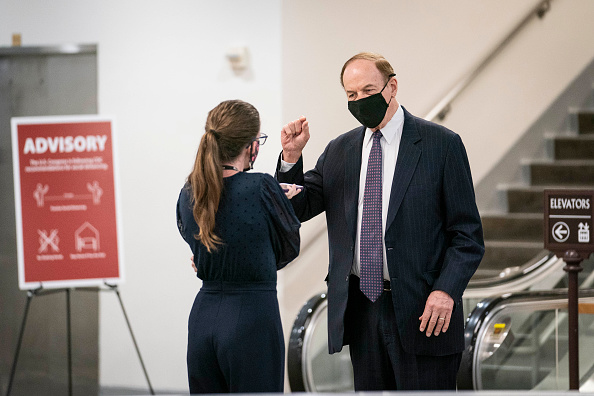 Senator Richard Shelby (R-AL) speaks to a reporter as he departs from the U.S. Capitol following a Senate vote ahead of Monday’s vote on the nomination of Judge Amy Coney Barrett to the U.S. Supreme Court on October 23, 2020 in Washington, DC. (Photo by Sarah Silbiger/Getty Images)

The Alabama Republican has not yet announced what he will do after he leaves the Senate.

(This is a developing story. More information will be added as it becomes available)