“I have determined that the declaration of a national emergency at our southern border was unwarranted,” Biden wrote in a letter Thursday to House Speaker Nancy Pelosi. “I have also announced that it shall be the policy of my Administration that no more American taxpayer dollars be diverted to construct a border wall, and that I am directing a careful review of all resources appropriated or redirected to that end.” 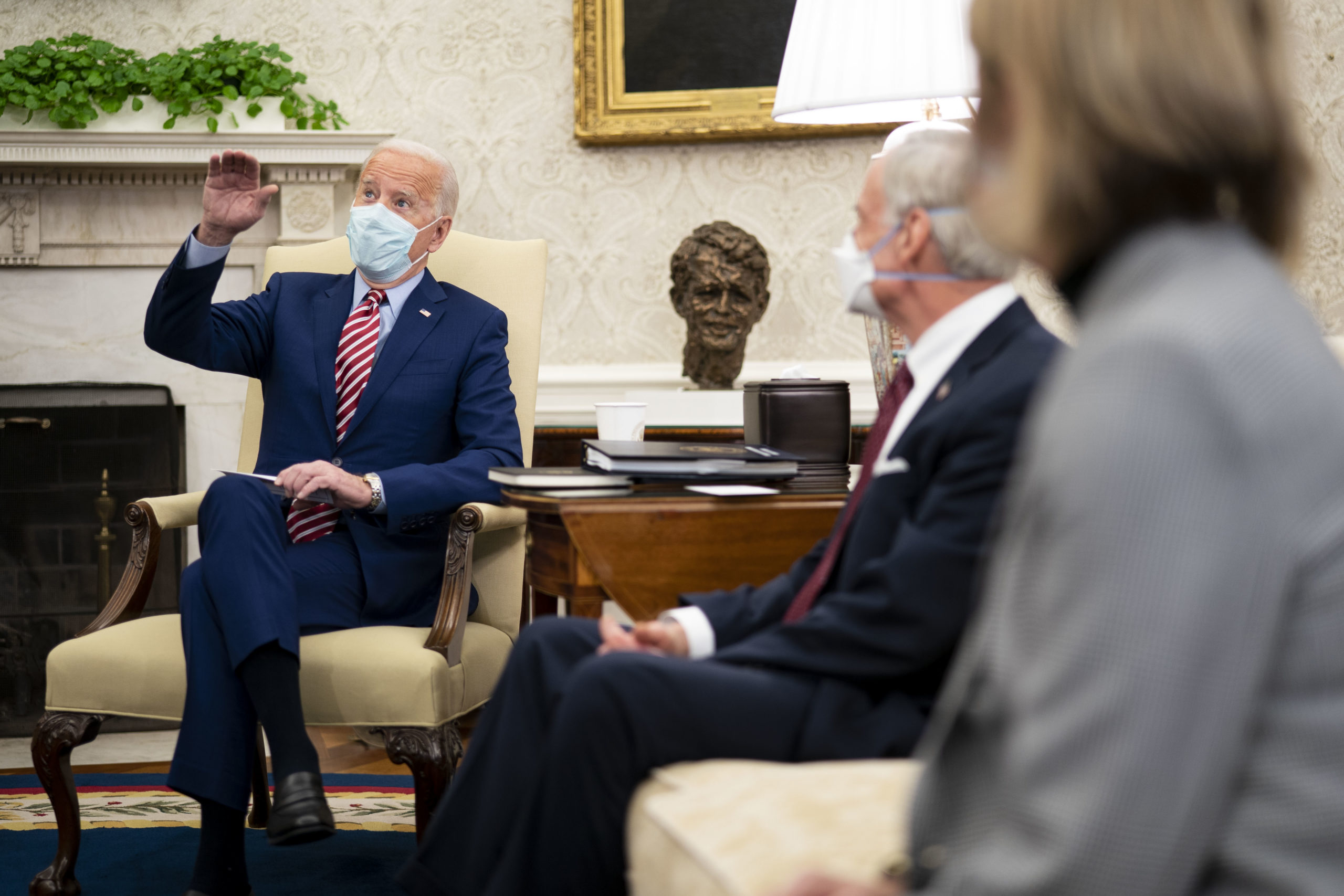 WASHINGTON, DC – FEBRUARY 11: U.S. President Joe Biden speaks as he meets with Senators from both parties on the critical need to invest in modern and sustainable American infrastructure in the Oval Office of the White House on February 11, 2021 in Washington, DC. An infrastructure bill that creates jobs remains a top priority of the Biden administration. (Photo by Doug Mills-Pool/Getty Images)

Though Biden’s move effectively ends all border wall construction approved by the previous administration, it does not affect the current level of surveillance, maintenance, logistics and transportation support the Department of Homeland Security will receive from the Department of Defense. (RELATED: Joe Biden Creates ‘Family Reunification Task Force’ In Flurry Of Immigration Orders)

Pentagon spokesman Lt. Col. Chris Mitchell told Politico that the 3,600 active duty military personnel assisting DHS are expected to do so until September 2021 while 600 additional units would cease support at the end of March.

That group of 600 troops was mobilized in March 2020 in response to the coronavirus pandemic.

Biden has signed a series of immigration-focused executive orders in his first weeks as president. The White House announced the formation of a family reunification task force in late January to assist migrants separated by the previous administration after crossing the border illegally and rescinded a majority of Trump’s immigration policies.

“We are committed to putting in place a moral and a humane system and process,” White House press secretary Jen Psaki responded to a question on immigration at Thursday’s press briefing. “But we are also digging out of four years of detrimental policies.”