Sean McGarvey, president of North America’s Building Trades Unions (NABTU), Richard Trumka, president of the American Federation of Labor and Congress of Industrial Organizations (AFL-CIO), and other union heads are expected to meet with President Joe Biden and Vice President Kamala Harris, according to The Wall Street Journal. The White House said the meeting will focus on infrastructure and Biden’s coronavirus relief bill currently making its way through Congress.

“[The administration] will evaluate infrastructure proposals based on our energy needs, their ability to achieve economy wide net zero emissions by 2050, and their ability to create good paying union jobs,” White House spokesperson Vedant Patel told the WSJ. (RELATED: ‘When Do They Get Their Green Jobs?’: Psaki Jousts With Fox’s Peter Doocy About Laid Off Oil And Gas Workers)

NABTU recently joined a more than 140-member coalition led by the Chamber of Commerce and established in order to push for a major infrastructure package. Infrastructure spending is the among the fastest ways for the government to spur economic growth, according to U.S. Chamber CEO Tom Donohue. 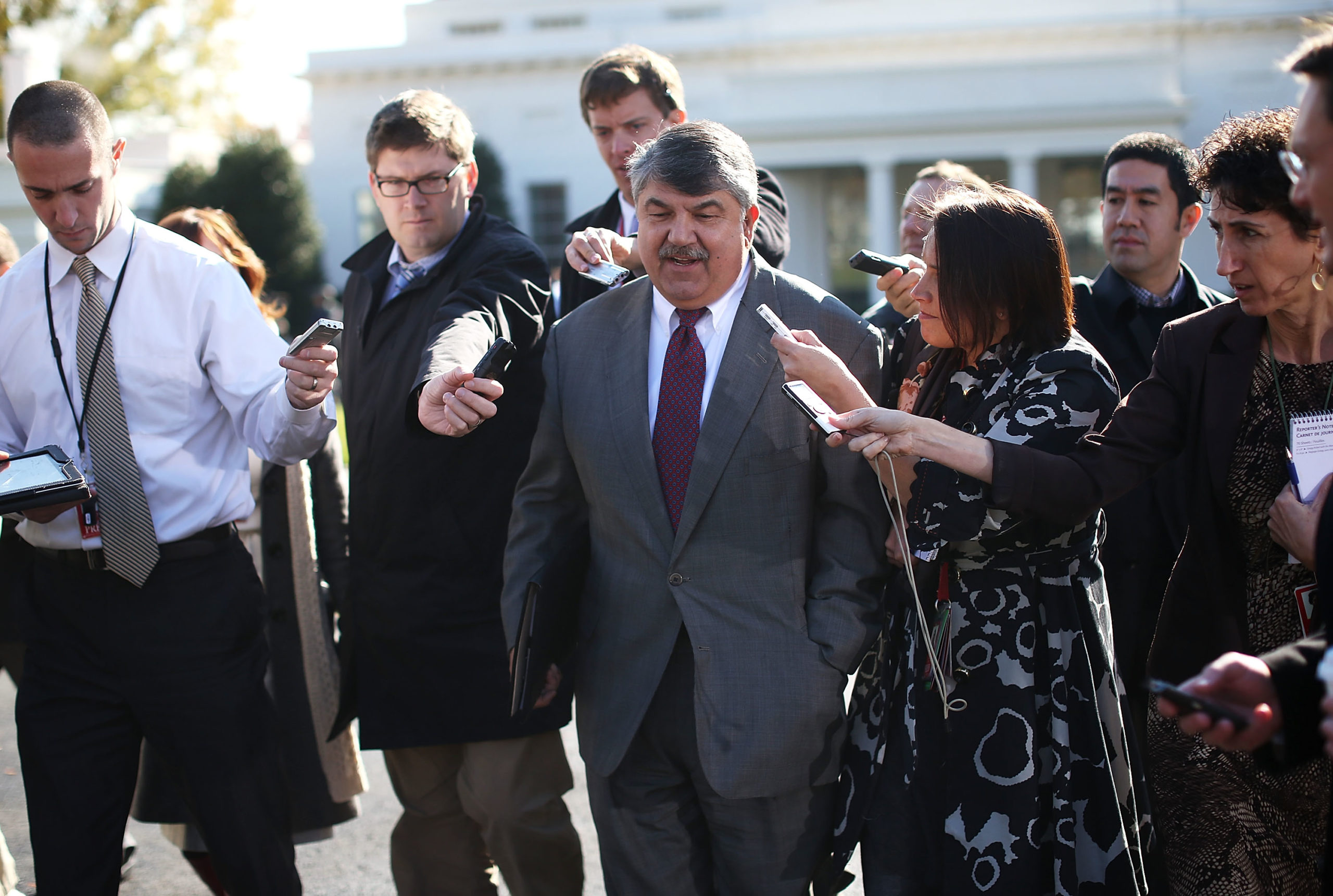 “Congress must send a big, bold, broad, and bipartisan infrastructure package to the president by July 2021,” McGarvey said in a statement. “Infrastructure investment provides a real opportunity to lay a strong foundation for long-term economic growth as we recover from the COVID-19 economy.”

During the campaign, Biden promised he would push for comprehensive trillion-dollar infrastructure legislation. Transportation Sec. Pete Buttigieg said that the Biden administration “can deliver policies and resources that will create jobs, rise to the climate challenge, and equitably serve all Americans.”

Meanwhile, NABTU and AFL-CIO have already sparred with the president since he was sworn into office last month. Both union federations criticized Biden’s day-one executive order revoking the federal permit for the Keystone XL Pipeline.

“Well, I wish he hadn’t done that on the first day,” Trumka, who endorsed Biden, said of the executive order during a recent Axios interview. “It did and will cost us jobs in the process.”

McGarvey, who also endorsed Biden, said he was “deeply disappointed” after the executive action.