A more than 140-member coalition led by the U.S. Chamber of Commerce and Bipartisan Policy Center called on the new Congress to urgently pass infrastructure legislation to guide the economic recovery.

The coalition, named Build by the Fourth of July, said a bipartisan infrastructure package is a way for the new Congress and President-elect Joe Biden’s incoming administration to kickstart a long-term economic recovery, according to a U.S. Chamber of Commerce press release Thursday. The coalition is comprised of local chambers of commerce, business groups, labor unions and environmental organizations across the ideological spectrum.

“Rebuilding our nation’s infrastructure is not only one of the fastest and most direct ways to create new jobs and spur economic growth now, but also it will sustain our modern economy for the long-term,” U.S. Chamber CEO Tom Donohue said in a statement. (RELATED: ‘Absolutely Unsustainable’: Joe Biden’s Plans Would Increase Spending By $11 Trillion Over 10 Years, Report Says)

“The coalition members may not agree on every issue or detail, but we understand the importance of working together for the greater good of the American people,” he continued. 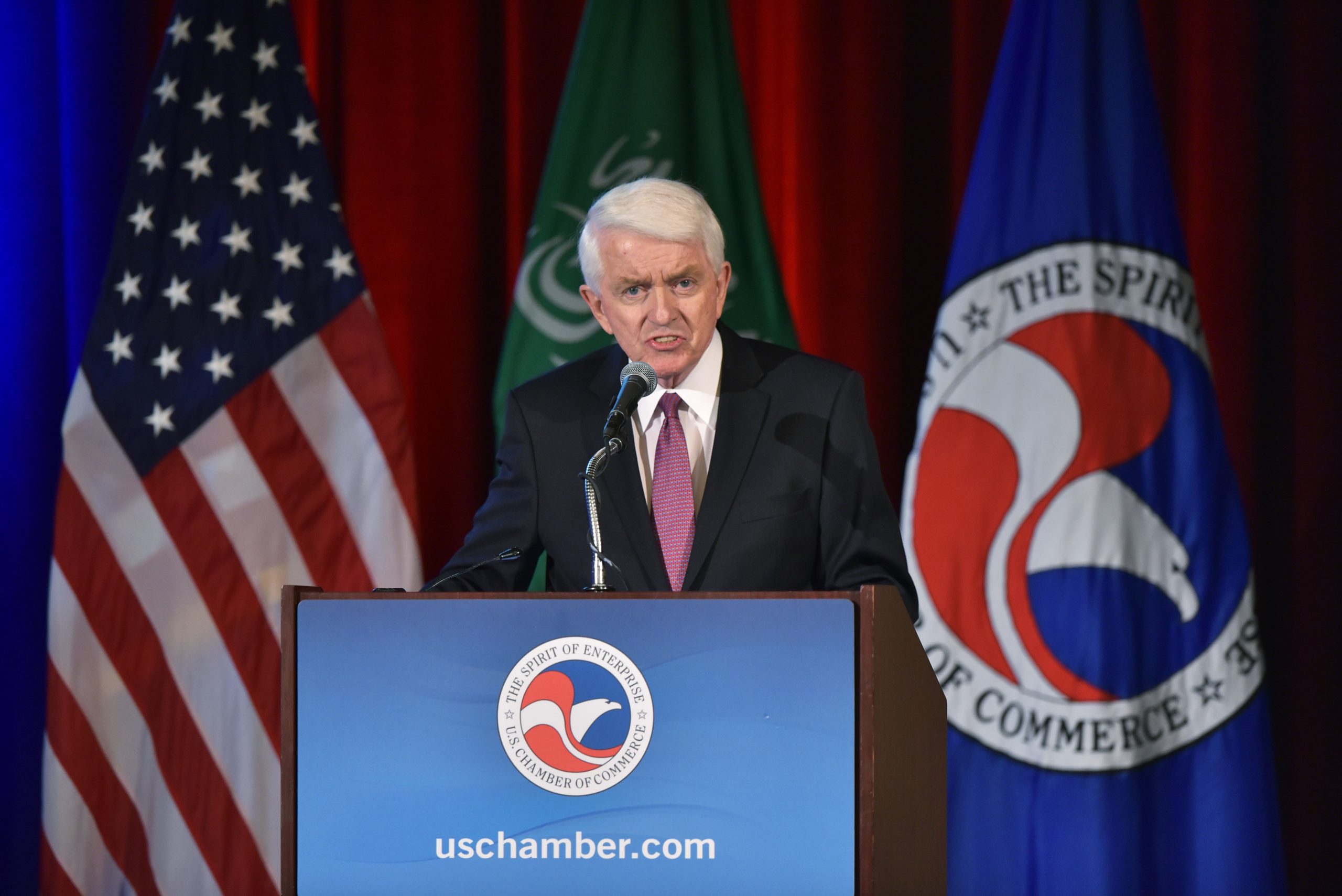 The coalition was given its name to signal the groups’ goal for Congress to enact the infrastructure legislation by July 4, 2021.

Build by the Fourth of July listed several priority items it would like prioritized in a prospective infrastructure package including updating crumbling American infrastructure, creating middle-class jobs, expanding broadband access throughout the country and promoting environmental projects. The coalition added that the current state of the nation’s infrastructure is harming U.S. productivity, global competitiveness and quality of life.

During the third day of the Chamber’s annual conference Thursday, LIUNA executive director Yvette Pena-O’Sullivan stressed the need for both sides of the aisle to unify and reach an infrastructure deal. Pena-O’Sullivan added that while environmental concerns are important, it is not helpful in terms of bipartisanship to deem some jobs “dirty.” 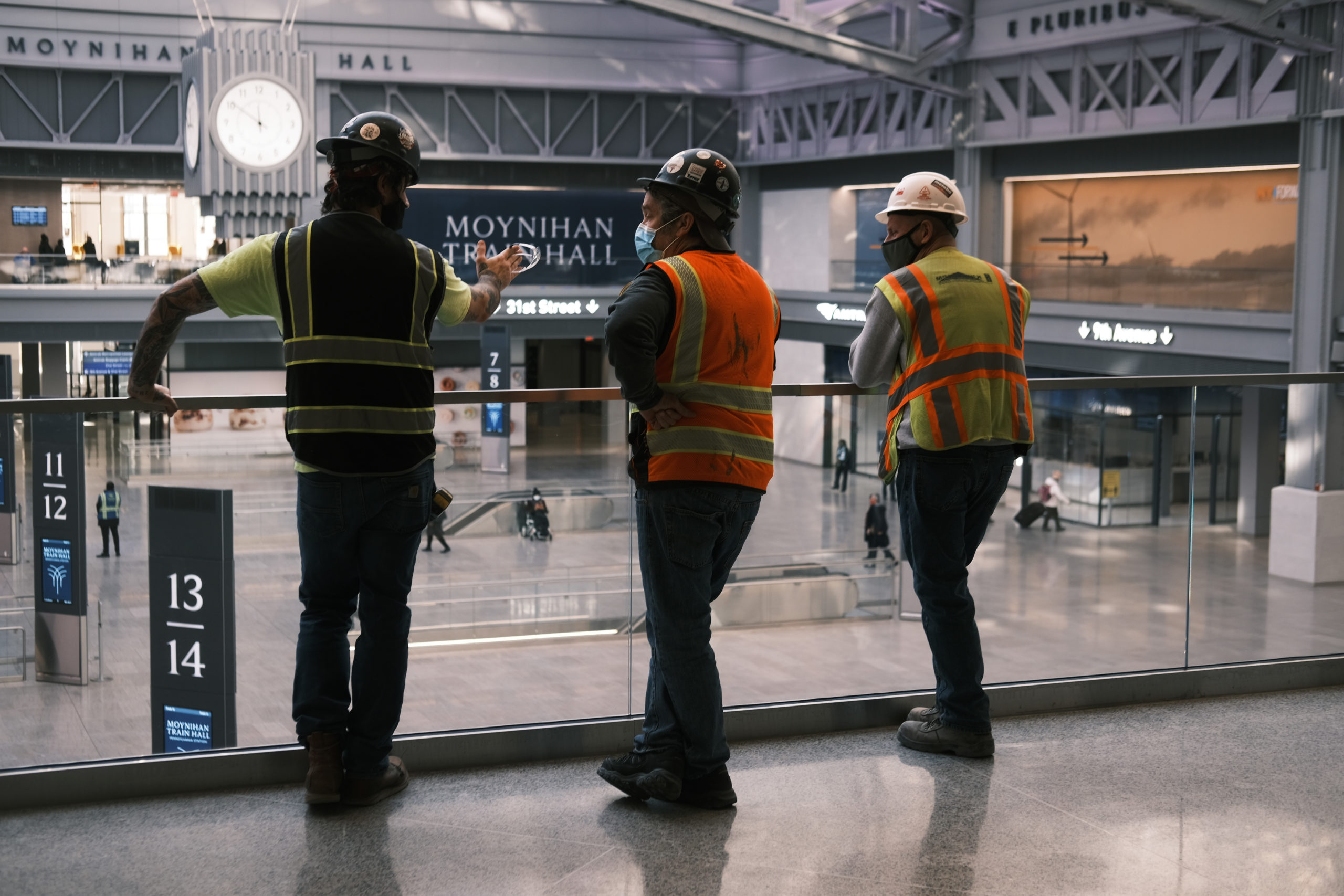 Workers involved in the construction of the newly opened Moynihan Train Hall in New York City look over the main hall on Jan. 4. (Spencer Platt/Getty Images)

Speaking during the same panel as Pena-O’Sullivan, Thomas Smith, the executive director of the American Society of Civil Engineers, said a national investment in infrastructure is urgently needed since municipalities have canceled their own projects, which could have long-lasting impacts. Roughly 75% of municipalities have scaled back or canceled infrastructure projects to ready for large revenue losses.

“National infrastructure investment is the best idea that never happens,” Jason Grumet, president of the Bipartisan Policy Center, said in a statement.

President Donald Trump attempted to push an infrastructure package early in his presidency, but the effort fell flat, according to The New York Times. Later proposals in 2019 and 2020 also failed.

In 2015, Obama signed the 5-year $305 billion package to improve U.S. transportation systems, according to The Associated Press. (RELATED: Is Biden’s Climate Plan Another Version Of The Green New Deal? Here’s How The Two Stack Up)

But, Biden promised a more comprehensive and ambitious infrastructure bill during his campaign than either of his predecessors came close to accomplishing. He supported a $2 trillion plan to “build a modern, sustainable infrastructure.”

Biden is expected to introduce the infrastructure bill as part of a “recovery” package in February, according to The Times. 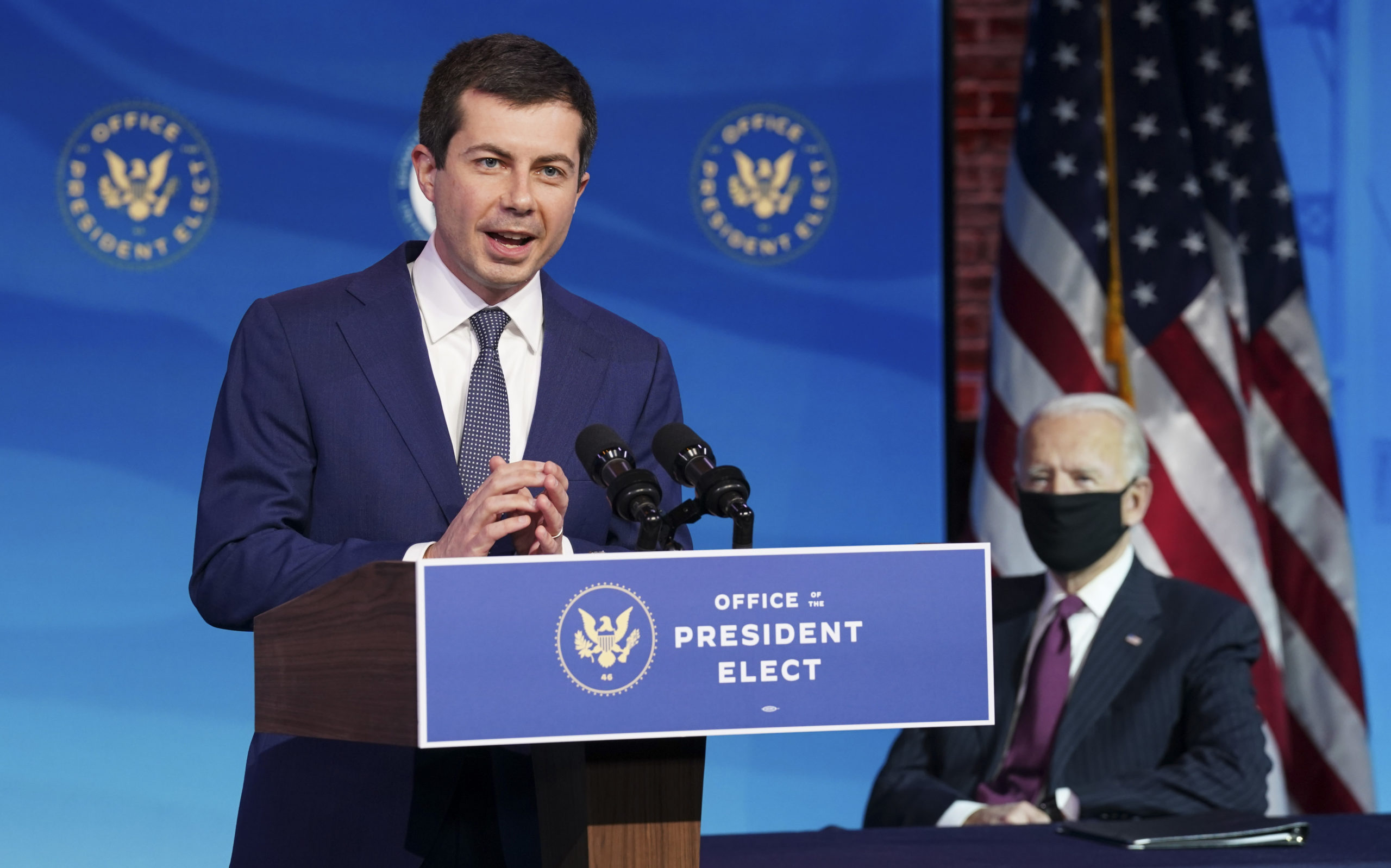 Biden announced his intention to name former South Bend, Indiana Mayor Pete Buttigieg to lead the Department of Transportation on Dec. 16. In his speech accepting the appointment, Buttigieg said there was a “historic opportunity” to address U.S. infrastructure.

“This administration can deliver policies and resources that will create jobs, rise to the climate challenge, and equitably serve all Americans, all while continuing to ensure the safety of travelers and workers alike,” Buttigieg said.

“Americans shouldn’t settle for less than our peers in the developed world when it comes to our roads and bridges, our railways and transit systems. The U.S. should lead the way.”

“A rushed attempt to begin ‘shovel‐​ready’ projects or ‘create jobs’ will likely harm the economy in the longer term, as resources are misallocated and infrastructure is delivered in the wrong places,” the paper said.