The Biden administration aims to avoid a humanitarian crisis at the southern border as the number of migrant children seeking asylum increases.

Over 5,700 unaccompanied minors reached the border in January and government shelters are quickly reaching capacity, The Wall Street Journal reported Monday. Department of Health and Human Services (HHS) shelters for migrant children are operating at 60% capacity to maintain COVID-19 guidelines and were 93% full as of Friday. 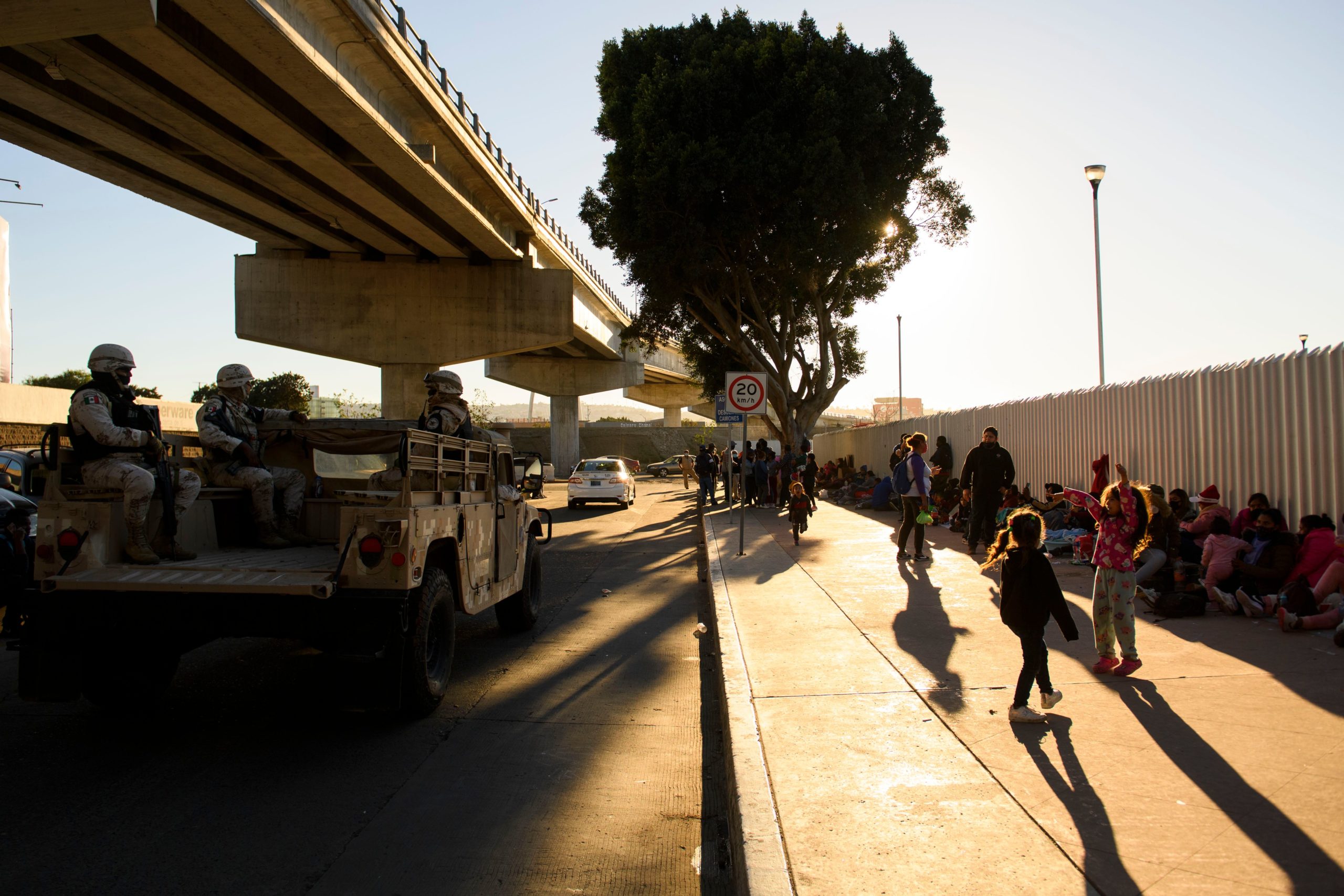 A Mexican National Guard vehicle drives past children playing as families of asylum seekers wait outside the El Chaparral border crossing port as they wait to cross into the United States in Tijuana, Baja California state, Mexico on February 19, 2021. (Photo by PATRICK T. FALLON/AFP via Getty Images)

“They’ve seen very large growth in a very short period of time,” a senior fellow at the Migration Policy Institute, Mark Greenberg said, The WSJ reported. “The closer you get to 100% capacity, the harder the system is to manage.”

An emergency facility in Carrizo Springs, Texas, is expected to reopen Monday, The WSJ reported. The Trump-era private detention facility will host up to 700 children in hard-sided structures with the ability to overflow into soft-sided structures, the Daily Caller News Foundation reported.

Democrats criticized the Carrizo Springs facility under the Trump administration for not adhering to the standards of permanent facilities, The WSJ reported. A representative for HHS refused to say how the migrant children would be treated differently under the Biden administration, the DCNF reported.

The Biden administration is considering easing social distancing requirements within facilities to increase the number of available beds, according to The WSJ. Also, the legal definition of a family could be expanded to include children traveling with an adult family member who is not a parent, allowing both adults and children to be released into the U.S. interior.

Over 700 children were in the custody of Border Patrol Friday, according to the WSJ. Unaccompanied minors are required to receive care at HHS shelters as they find a sponsor within the interior of the U.S., though they may remain at border-patrol stations if the facilities reach capacity. (RELATED: Around 200 Illegal Immigrants Including Dozens Of Unaccompanied Children Apprehended At Border)

The Biden administration ended the Migrant Protection Protocols requiring migrants and asylum seekers to remain in Mexico as their claims were processed as well as several other Trump-era policies, which has garnered criticism from Republicans in Congress who argue increasing numbers of migrants could pose a health risk, The WSJ reported.

“We are particularly concerned that the Biden administration’s actions could soon lead to a health crisis at the border and surrounding communities, causing widespread Covid-19 infections and fatalities,” Republican Rep. James Comer of Kentucky said, The WSJ reported.

The Biden administration is considering opening another emergency facility in Florida that was previously criticized for poor treatment of children, though it probably wouldn’t open until April, The WSJ reported

HHS did not respond to the DCNF’s request for comment.