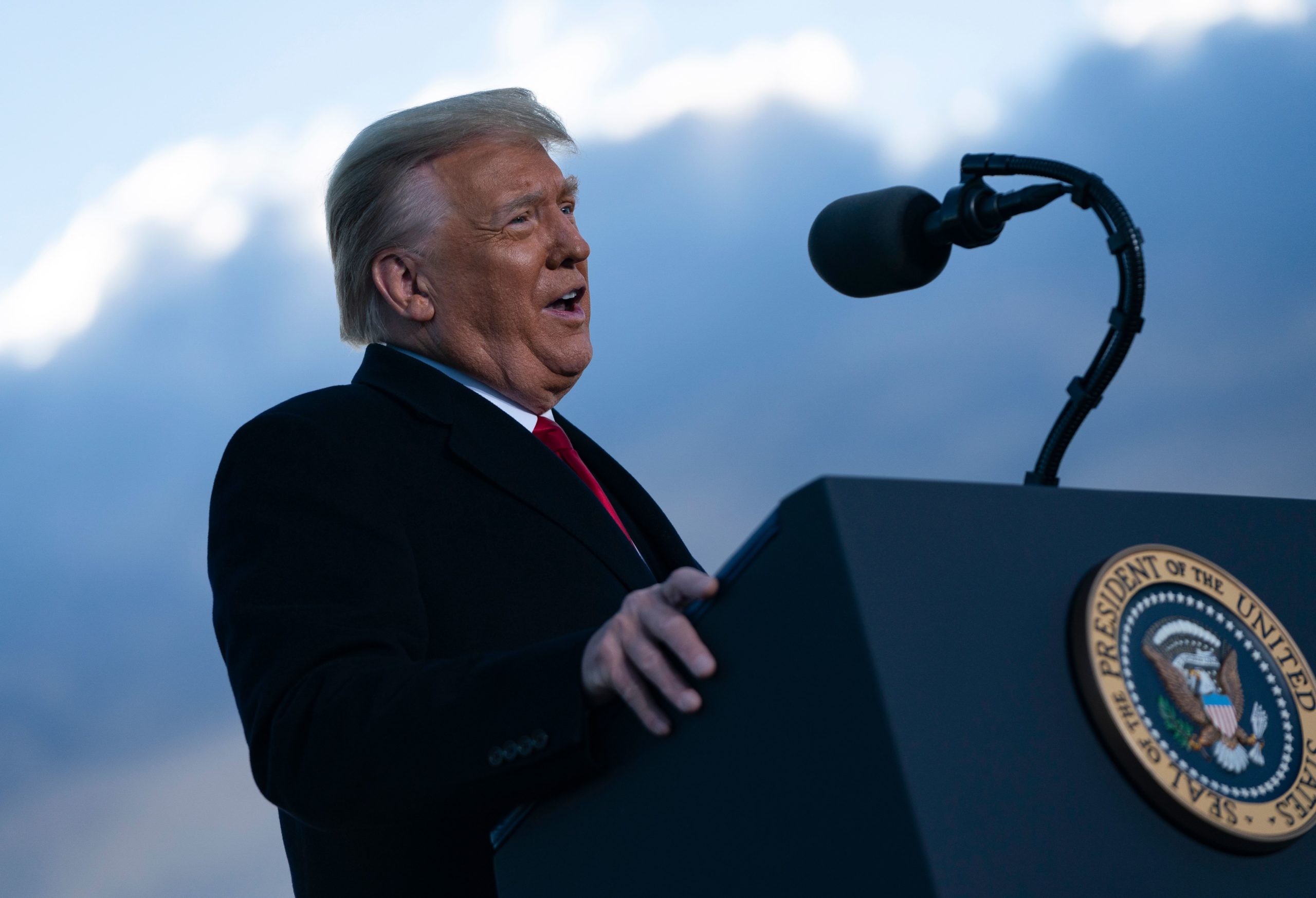 Outgoing US President Donald Trump addresses guests at Joint Base Andrews in Maryland on January 20, 2021. – President Trump and the First Lady travel to their Mar-a-Lago golf club residence in Palm Beach, Florida, and will not attend the inauguration for President-elect Joe Biden. (Photo by ALEX EDELMAN/AFP via Getty Images)

Monday’s decisions marked the Court’s first action in four months and will grant a state prosecutor — and potentially a grand jury — access to Trump’s finances. CNN reported that the documents will be subject to grand jury secrecy rules and might never be released publicly. The Court previously ruled in July of 2020 that the probe into Trump’s finances led by Manhattan District Attorney Cy Vance could proceed. (RELATED: Trump Cannot Block The Release Of His Financial Records To Prosecutors, Supreme Court Rules)

Vance responded to Monday’s decision with a simple statement: “The work continues.”

The Supreme Court also declined to take up a pair of leftover filings from the Pennsylvania Republican Party and Trump campaign regarding the constitutionality of the 2020 presidential election.

Trump plans to angle himself for a 2024 presidential run this week after remaining relatively silent for the past month after leaving the White House. He will deliver a speech at CPAC in Florida on Sunday, marking his first public address since President Joe Biden’s inauguration.