Cuomo’s latest ratings sit at just 38% approval and 48% disapproval, according to the survey, which was conducted March 1-2. The governor’s approval ratings have dipped sharply from April 2020, when the survey found 71% backed his COVID-19 efforts, Mediaite reported Wednesday.

The approval ratings dip coincides with three women accusing Cuomo of sexual harassment. In addition, his administration has been under fire due to its handling of nursing homes amid the pandemic and reports that they knowingly hid the true death count.

Cuomo responded to the sexual harassment allegations Sunday and said he was “truly sorry” if his actions were “misinterpreted.”

“I now understand that my interactions may have been insensitive or too personal and that some of my comments, given my position, made others feel in ways I never intended,” he said. “I acknowledge some of the things I have said have been misinterpreted as an unwanted flirtation. To the extent anyone felt that way, I am truly sorry about that.” 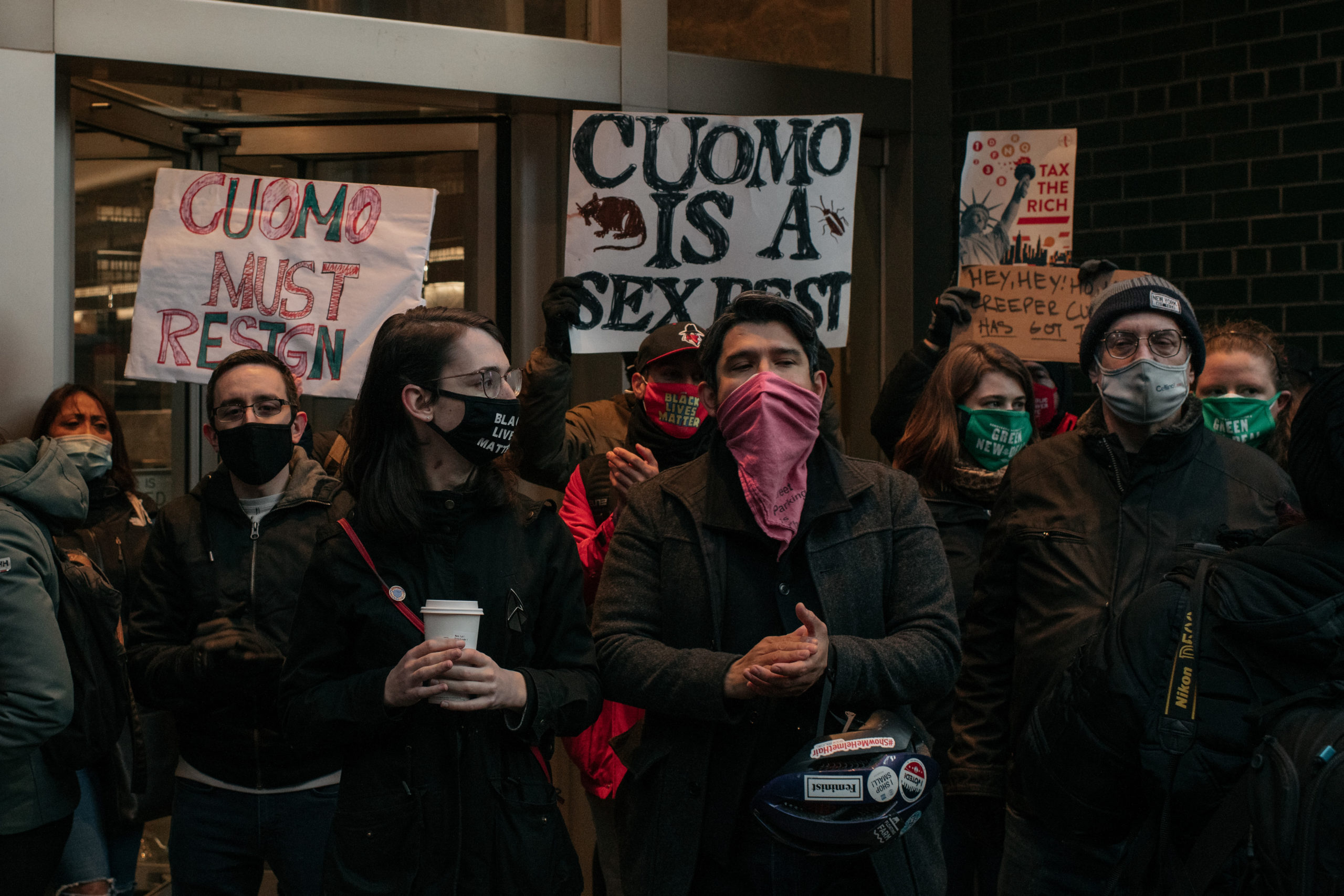 NEW YORK, NY – MARCH 02: Demonstrators call on New York Gov. Andrew Cuomo to resign at a rally on March 2, 2021 in New York City. Calls for Cuomo’s impeachment or resignation have escalated in the wake of multiple women coming forward to accuse the governor of sexual harassment. (Photo by Scott Heins/Getty Images)

Of those surveyed, 39% believe the two big issues Cuomo is facing will impact his ability to lead New York going forward, compared to 31% who don’t think it will matter. In addition, the survey found only 32% are satisfied with his response to the allegations. The poll found 59% are unsatisfied with his response regarding the nursing home issue. (RELATED: After A Year Of Constant Media Appearances, Gov. Cuomo Is Nowhere To Be Found)

New York City residents, on the other hand, were “most likely to report that the governor should not resign as a result of either controversy,” the survey reported. This area of New York also had the highest approval rating for Cuomo, with 53%.

Overall, the majority of New York voters do not believe Cuomo should be reelected in 2022, which 64% choosing this option, according to the survey.

The Emerson survey was conducted among New York registered voters and has a margin of error of +/- 3.6% points.