Teachers at an Ohio school district were skeptical at first when the district decided to reopen during the pandemic, CNN reported.

But six months later, teachers at Southwest Licking Local School District are amazed by the results of the reopening, which has taken some recommendations from the Centers for Disease Control and Prevention (CDC), but not strictly, according to CNN.

Located in Pataskala, about 19 miles east of Columbus, the school district reopened after 70% of parents expressed in a summertime district survey that they wanted their children to return to school. Superintendent Kasey Perkins told CNN that the district then began to work with local health officials to craft a plan to get students back in schools. While some of the safety protocols the school implemented are inspired by the CDC’s guidelines, including masking, cleaning, and contact tracing, others are more relaxed. 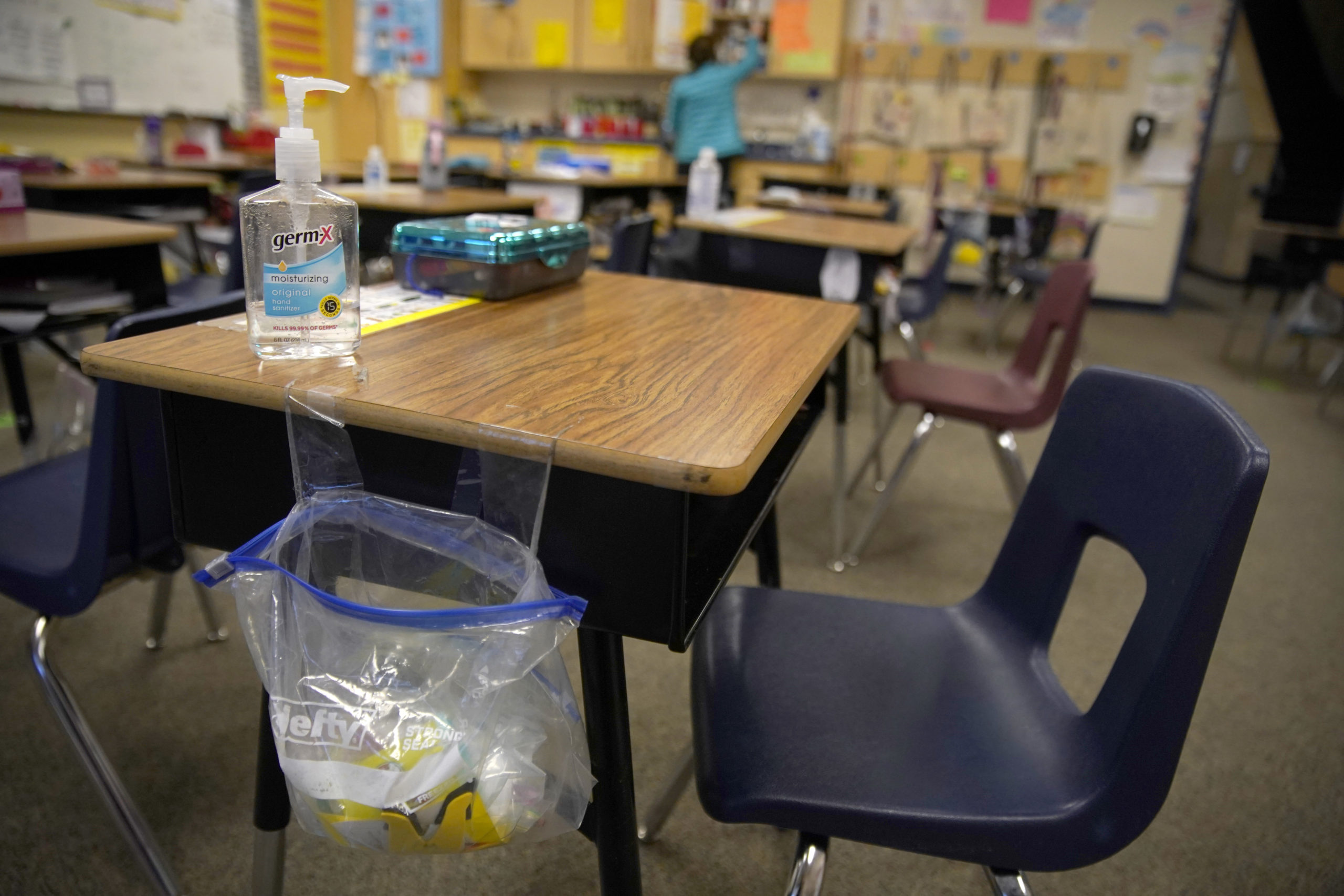 A teacher prepares her classroom before students arrive for school at Freedom Preparatory Academy on February 10, 2021 in Provo, Utah. (Photo by George Frey/Getty Images)

The school didn’t get a new ventilation system, a demand that some teachers unions have made to districts as a prerequisite to returning. Instead, the school opened doors and hallways were made one-directional. Students were also placed three feet away from each other in classroom desks instead of six, which is the CDC recommendation, but are required to wear masks.

Teachers are able to move around classrooms, and students are able to ask questions and see their peers five days a week. Watkins Middle School, which has the largest study body in the district, had about 870 of its 1,000 students return to classrooms.

Nearly half of US students haven’t set foot inside of a classroom in nearly a year.

One school district has kept all schools open for thousands of students since August.

Alisha Sleeper, a K-12 math instructional coach for the district and vice president of the local teachers’ union, said she was scared at first.

“In the fall, I didn’t know what to expect. The guidance was 6 feet and here we are going with 3 feet,” she told CNN. “I was scared.”

Six months after schools reopened for in-person instruction, however, Sleeper was impressed by the students’ obedience to the safety protocols. (RELATED: School Superintendent Explains How His District Has Made In-Person Learning Possible And Safe For Thousands Of Students)

“The spread is not there,” she told CNN. “We just set our expectations and the children have followed it, and it’s been fantastic. You get to middle school and high school, and you think that there’s going to be this defiance…What we’ve found is they want to be in school and they are happy to follow our guidance and controlled environment.”

Perkins said that although there have seen some students and staff who tested positive for COVID-19, none of the cases were traced back to being contracted at schools, which she attributes to diligent mask-wearing. High schoolers were initially one of the biggest concerns for school officials, since there was fear that they could spread COVID-19 more easily than younger students.

But Principal Melissa Ladowitz was also pleasantly surprised by how well students followed the new rules.

“They follow those routines,” Ladowitz told CNN. “We were astounded with how well.”

Sleeper said she knows of a lot of teachers in the district who were afraid to return out of fear of getting sick, although they love their students. But seeing how safety protocols were followed and enforced eased her mind.

“The only way to see it is to live through it. And I know that’s hard ’cause you have to get over that fear to get into the classroom,” Sleeper told CNN.

Earlier in February, the CDC issued a guidance recommending a return to in-person instruction, except for communities with very high transmission rates. The CDC also said that teachers do not need to be vaccinated for schools to reopen, a demand many teachers unions have made, but that vaccination should be a mitigation measure when available. (RELATED: Dr. Anthony Fauci Says Vaccinating All Teachers As A Prerequisite For Reopening Schools Is A ‘Nonworkable Situation’) 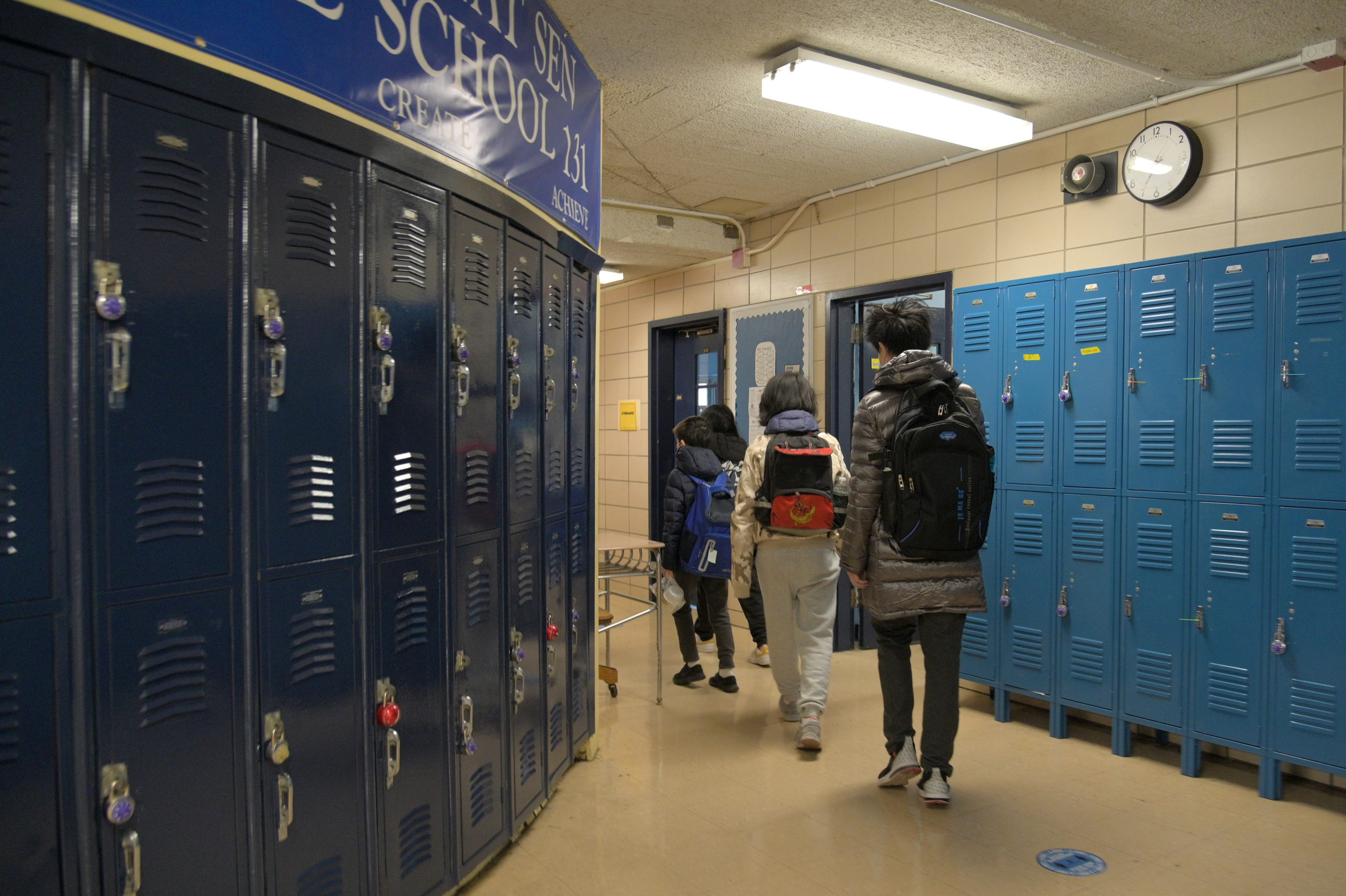 The agency also said schools should be the last entities to close and the first to reopen in future efforts to slow community COVID-19 spread.

Dr. Anthony Fauci has made similar remarks. During a late-November interview on ABC, Fauci said that schools should reopen while bars close as part of an effort to slow the spread while mitigating the impact of keeping children from classrooms. He was speaking in the context of New York City schools closing that month, and noted that “the spread among children and from children is not really very big at all, not like one would have suspected.”

Perkins offered to show others who were nervous about reopening schools how her district pulled it off.

“Come to our schools, walk through and see our one-way hallways. See our transition times. Take a look at our classrooms, see our cafeteria, look what we’ve done that we’ve had success with. So you can model it for yourself.”