A Centers for Disease Control and Prevention (CDC) study of a Georgia elementary school district found that teachers may play a “central role” in spreading COVID-19 in schools rather than students.

The study released Monday analyzed nine COVID-19 clusters in eight public elementary schools in a single district between Dec. 1 and Jan. 22. In total, 13 teachers and 32 students were involved in the clusters in a district of 8,700 students which has been offering in-person instruction since the fall. The study found that in four clusters, a teacher was the first documented COVID-19 case. A student was the first documented case in only one of the nine clusters, according to the report. 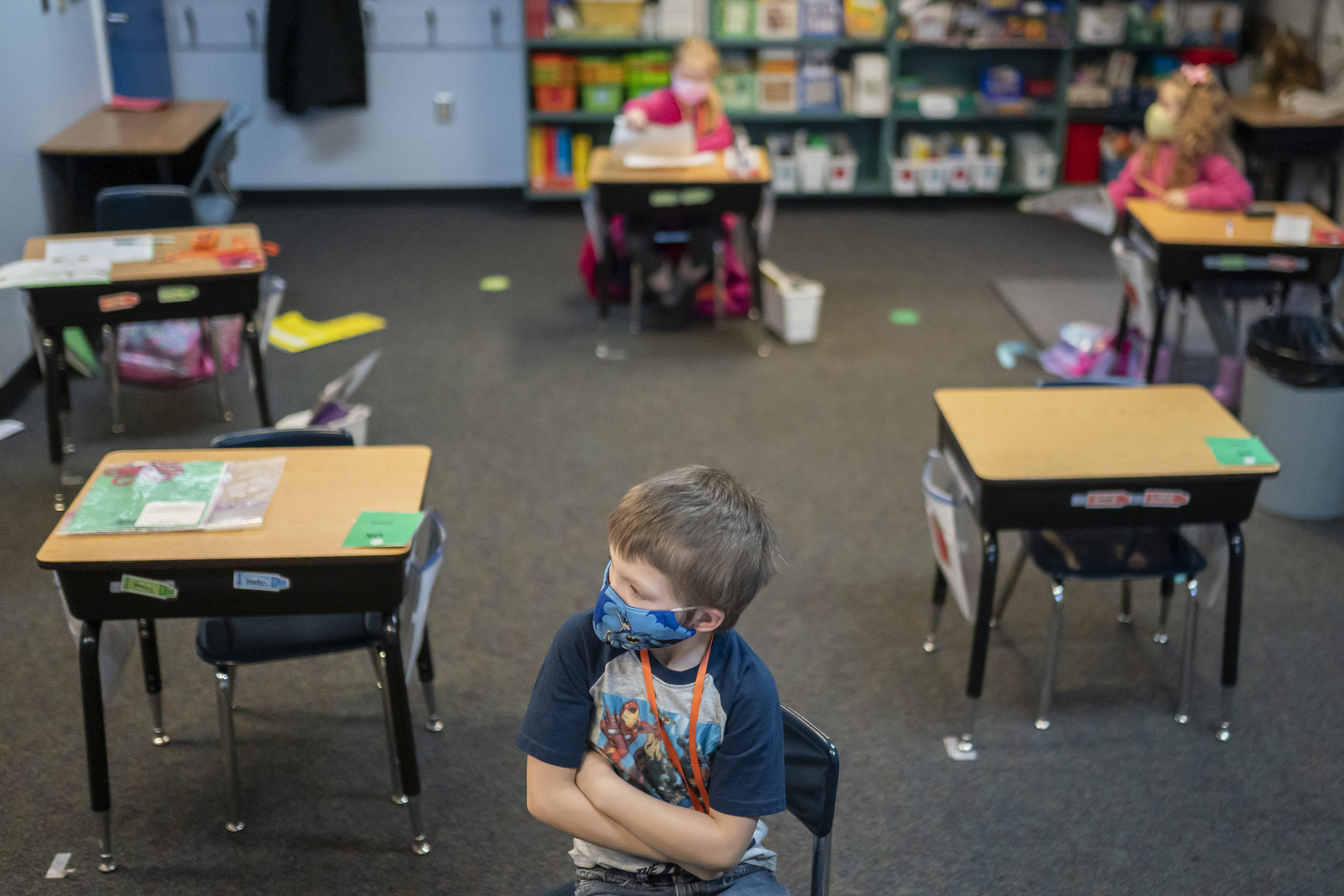 A first grade student at the Green Mountain School listens to his teacher on February 18, 2021 in Woodland, Washington. (Photo by Nathan Howard/Getty Images)

“Educators were central to in-school transmission networks,” the study said. All except one of the nine clusters “involved at least one educator and probable educator-to-student transmission.”

The authors noted that there were multiple challenges with social distancing and proper mask-wearing, which may have facilitated COVID-19 spread from teachers to students.

“In seven clusters, transmission among educators and students might have occurred during small group instruction sessions in which educators worked in close proximity to students. The school district mandated in-classroom mask use except while eating, and both reported and observed compliance during site visits was high,” the report read.

Interviews from subjects also alluded to “inadequate mask use by students,” especially during their in-classroom lunches. These actions likely contributed to the spread, the study noted. 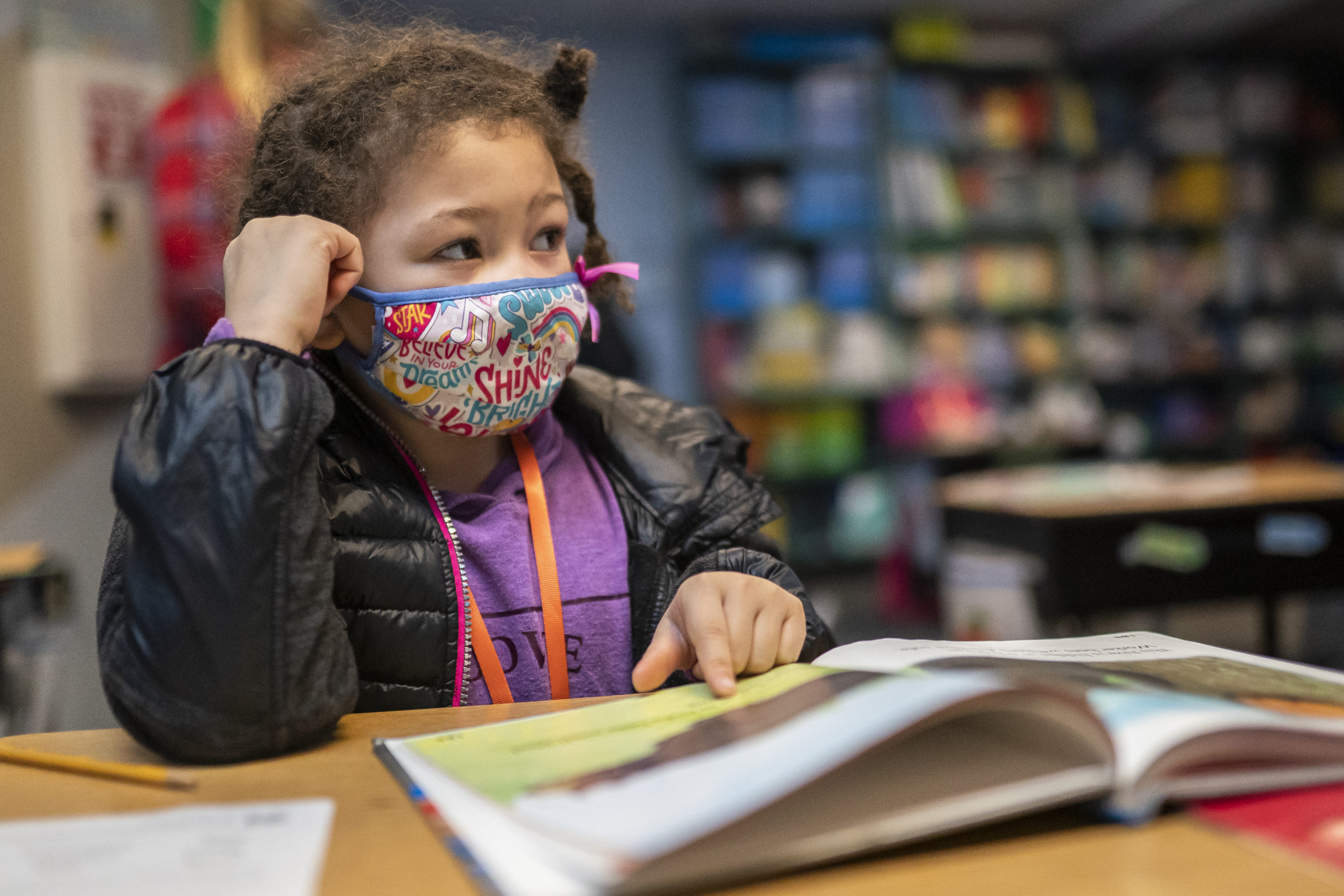 A first grade student at the Green Mountain School listens to her teacher on February 18, 2021 in Woodland, Washington. (Photo by Nathan Howard/Getty Images)

The report cites other studies with similar findings. One study from the United Kingdom found that the “most common type of transmission event was from educator to educator.” A study of German schools noted that in-school transmission rates were three times higher when teachers were the first documented case.

Earlier in February, the CDC issued a guidance recommending a return to in-person instruction, except for communities with very high transmission rates. The CDC also said that teachers do not need to be vaccinated for schools to reopen, which the agency reaffirms in Monday’s study while adding that vaccination should be a mitigation measure when available.

Teachers unions have recently demanded vaccinations as a stipulation for returning to classrooms. However, Dr. Anthony Fauci described this proposition as a “nonworkable situation.” (RELATED: Dr. Anthony Fauci Says Vaccinating All Teachers As A Prerequisite For Reopening Schools Is A ‘Nonworkable Situation’)