Police did not believe the child worked alone.

“One of the suspects brandished a handgun and demanded the victim to exit his vehicle. The victim did not comply and fled the scene,” the Metropolitan Police Department said Friday.

The suspects were originally unsuccessful in getting vehicle owners to comply with their demands for the victims to hand over their keys and leave their cars—until they targeted a fourth victim.

“One of the suspects brandished a handgun and demanded the victim exit her vehicle. The victim complied and the suspects fled the scene in the victim’s vehicle,” police said. 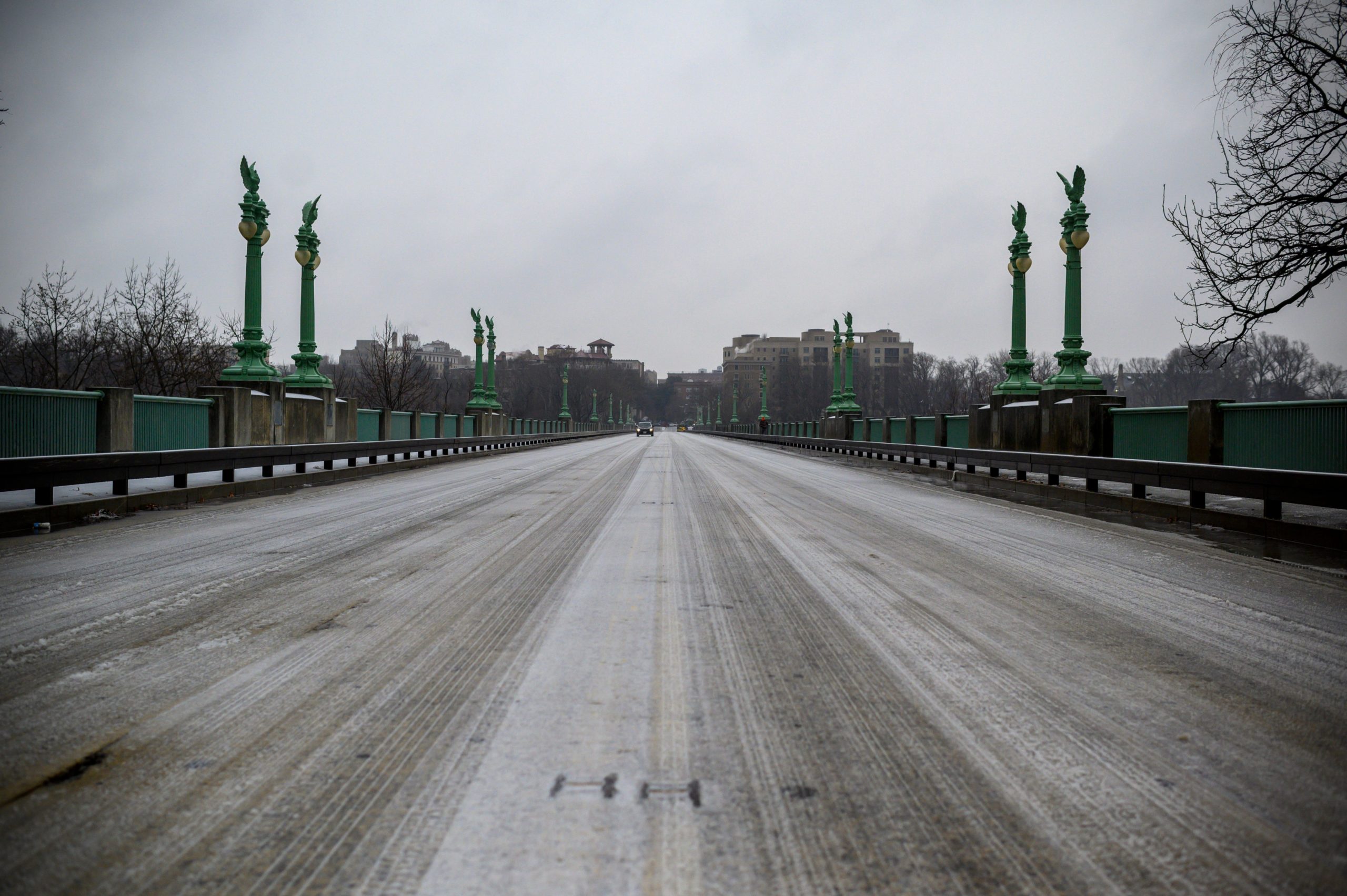 A lone car crosses the William Howard Taft Bridge in the Woodley Park neighborhood of Washington, DC, on February 18, 2021. (Photo by ERIC BARADAT/AFP via Getty Images)

A fourth victim was allegedly targeted four minutes after the others. The car was recovered a short time later. (RELATED: REPORT: Thief Threatens To Call Cops On Mother Who Left Child Unattended — In The Car He Stole)

Police arrested one of the suspects, who remained unidentified because he was a juvenile.

Other suspects were also being sought in connection with the offenses.

A group of suspects allegedly approached the first victim at around 6:29 p.m., when they held the victim at gunpoint and demanded the vehicle, the statement said. The victim fled the scene after refusing to comply.

Then, two other victims were targeted within a five-minute timespan.

“These offenses remain under investigation,” police said, adding that an additional suspect was captured on surveillance camera.

It was unclear if the 12-year-old was the one driving the stolen vehicle.

The police offered a $10,000 reward for anyone who had information that would lead to the arrest of the suspects, the statement concluded. They also encouraged anyone with information to call or text the department’s tip line.