A number of Texas Democrats are starting to speak out against President Joe Biden’s immigration policies as thousands of illegal immigrants have crossed the border in his first six weeks on the job.

The Biden administration and Department of Homeland Security (DHS) Secretary Alejandro Mayorkas have refused to say there is a crisis at the border, despite a surge in illegal immigrants trying to enter the U.S. Border agents encountered over 9,000 unaccompanied minors in February, Customs and Border Protection (CBP) acting commissioner Troy Miller announced Wednesday.

Texas Democratic Rep. Vicente Gonzalez was critical of Biden’s immigration policy in early March and said there needs to be a better plan in place.

“I can assure you, it won’t be long before we have tens of thousands of people showing up to our border, and it’ll be catastrophic for our country, for my region, for my district,” Gonzalez continued. “In the middle of a pandemic, in an area where we’ve lost over 3,000 people in my small congressional district … I think we need to have a better plan in place.” 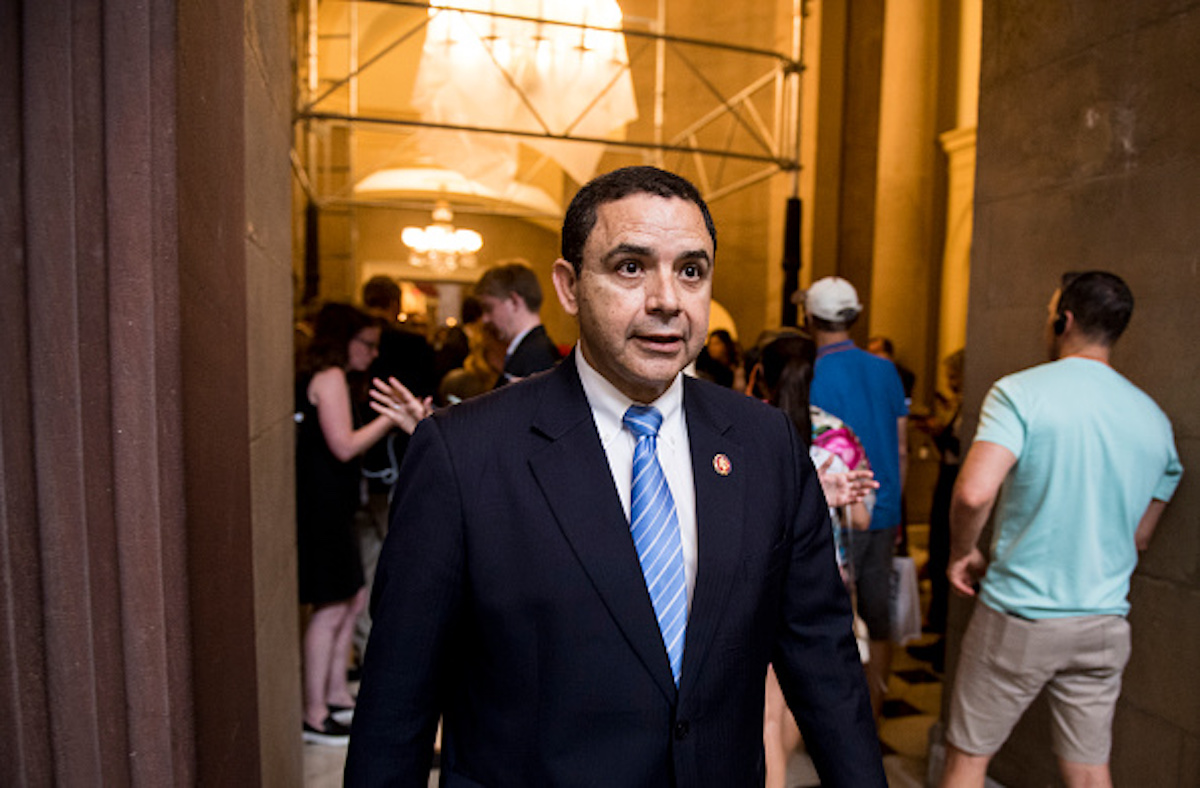 Rep. Henry Cuellar, D-Texas, walks away after speaking with reporters outside of Speaker Pelosis office about the agreement to take up the Senate border bill on Thursday, June 27, 2019. (Photo By Bill Clark/CQ Roll Call)

Democratic Texas Rep. Henry Cuellar also said in early March that the Biden administration has not been sharing the real number of unaccompanied children at the U.S.-Mexico border. (RELATED: ‘I Voted For A Fence’: Biden, Democrats In Congress Now Want To Pass Amnesty With Minimal Border Security)

“Yeah, look, we can play with words, is it a challenge or is it a crisis,” Cuellar said on Fox News. “Let’s look at the numbers. Since August of last year the numbers have been increasing. And especially October, November and December we were hitting 70,000. In January we had 78,000. And this is, again, under the Trump administration, now moving into the Biden administration.”

“I don’t care what we call it, but I can tell you this — those numbers of people being released, they’re purposefully withholding that information. They’ve been told not to withhold that information. I now know that they’re bringing people from McAllen over to Laredo, processing them in Laredo, and they’re going to release them in my community,” Cuellar continued. (RELATED: ‘Purposefully Withholding That Information’: Rep. Henry Cuellar Says Biden Admin Isn’t Sharing Real Border Numbers)

Texas Democratic state Sen. Juan “Chuy” Hinojosa, who lives on the border, told The Hill that he does not think the Biden administration was prepared for the number of illegal immigrants crossing the border.

“It’s gotten worse,” Hinojosa said. “I don’t think, quite frankly, the Biden administration was aware of what’s happening on the ground here, which you can understand because they’re just coming in and trying to get people up to speed with what’s happening, but I don’t think they were aware there were that many coming across. The Border Patrol is overwhelmed, they’re throwing their hands up because they don’t know what to do.”