Democratic California Sen. Dianne Feinstein and other Democrats introduced an Assault Weapons Ban on Thursday that would ban more than 200 weapons.

The U.S. had an assault weapons ban between 1994-2004. A study conducted in 1997 found that the ban “can have only a limited effect on total gun murders, because the banned guns were never used in more than a modest fraction of gun murders.”

The newly introduced legislation defines a “semiautomatic pistol” as any pistol that “utilizes a portion of the energy of a firing cartridge to extract the fired cartridge case and chambering the next round; and requires a separate pull of the trigger to fire each cartridge.” Similar definitions are provided for semiautomatic rifles.

Among the firearms that would be banned include “all AK types” and all “AR types” like an AR-15 or an AR-10.

Like other semi-automatic weapons, an AR-15 can only shoot one bullet per each pull of the trigger. The AR-15, however, can shoot a bullet at a higher velocity which can cause greater damage, according to The Atlantic.

Semi-automatic weapons, without modifications, can only fire one bullet per each pull of the trigger. The term ‘automatic’ refers to the loading mechanism of the weapon, not the firing mechanism.

“It’s been 17 years since the original Assault Weapons ban expired, and the plague of gun violence continues to grow in this country. To be clear, this bill saves lives,” Feinstein said in a statement. “I’m hopeful that with the new administration and Democratic control of the Senate, we can finally pass commonsense gun reforms to remove these deadly weapons from our communities.”

“Assault weapons are designed for a single purpose – to kill as many people as possible in as short an amount of time as possible. That’s why they are the weapon of choice for mass shooters and domestic terrorists. They are weapons of war and do not belong in our communities,” Cicilline said. “Banning these weapons will make our cities and towns safer and more secure and help to reduce gun deaths.”

The legislation would ban the sale, manufacturing, transfer and importation of 205 so-called ‘assault weapons’ while allowing owners to keep existing weapons. Owners of existing assault weapons would have to secure their gun in storage or use a safety device like a trigger lock. (RELATED: Biden’s HHS Pick Thinks AR-15s Are ‘Not In Common Use For Self Defense)

Magazines with a capacity to hold more than 10 rounds of ammunition would also be banned while making an exception for existing magazines. Owners would also not be allowed to transfer high-capacity ammunition magazines. 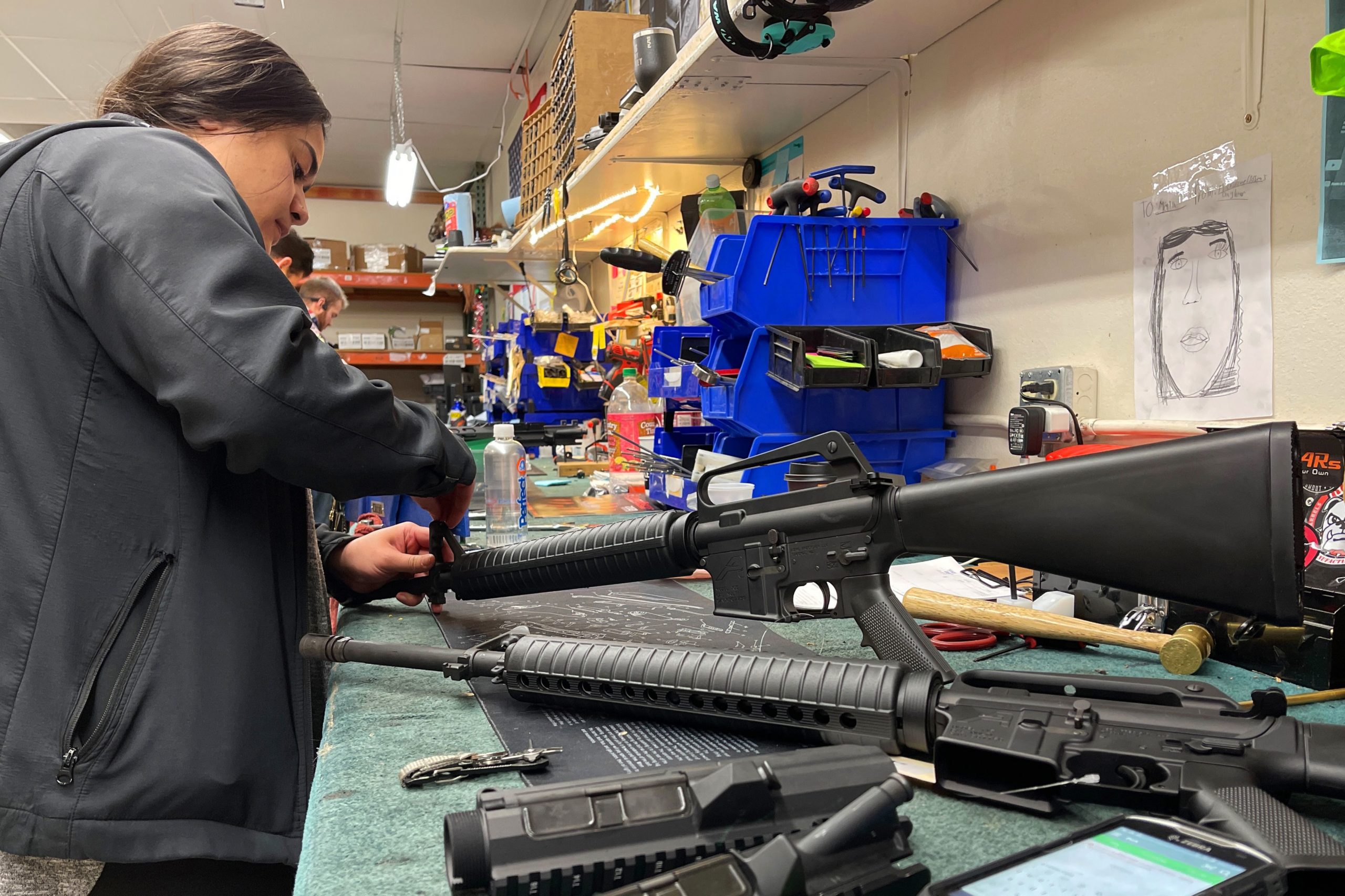 The legislation would also ban bump stocks and frequently used weapons that have been involved in mass shootings.

Police found Stephen Paddock, 64, had 23 weapons and accessories in his hotel room after he shot up a Las Vegas concert, leaving 59 dead and more than 500 injured. USA Today reported that an “undisclosed” number of weapons found in Paddock’s hotel room had a bump-stock, which modifies a weapon to allow for rapid firing with just one pull of the trigger.

Feinstein’s proposal would ban both the Bushmaster XM 15 and the Izhmash Saiga 12-gauge semiautomatic shotgun.

There are more than 17.7 million sporting rifles–which includes AR-15– produced or imported into the U.S. between 1990-2017, according to Newsweek.

NRA spokesman Lars Dalseide said in a statement to the Daily Caller that the legislation will only hurt law-abiding citizens.

“Numerous studies show that Sen. Feinstein’s failed semi-auto ban, that outlawed commonly owned semi-automatic rifles every day Americans use for hunting, recreational shooting, and self defense, didn’t reduce gun crimes or firearm related homicides. The ban she’s currently offering with Rep. Cicilline is just one more of the same – an attack on the rights of law-abiding gun owners that will have zero effect on crime.”