Tuesday is the one-year anniversary of President Donald Trump requesting Americans to remain home for a little over two weeks as part of his “15 days to slow the spread” initiative to combat the coronavirus pandemic. The first confirmed COVID-19 case in the U.S. was recorded nearly two months earlier, according to CNBC.

Trump made the announcement at a press conference March 16, 2019, with over 4,000 cases confirmed in the U.S.. The move was part of his administration’s plan to slow the spread of COVID-19 by encouraging people to social distance, stay at home and avoid traveling.

“If everyone makes this change or these critical changes and sacrifices now, we will rally together as one nation and we will defeat the virus and we’re going to have a big celebration all together,” Trump said at the briefing. “With several of weeks of focused action we can turn the tide and turn it quickly.”

Dr. Anthony Fauci, the director of the U.S. National Institute of Allergy and Infectious Diseases, said that the 15-day guidelines were seriously discussed and thought out.

“When you look at them carefully, I believe if the people in the United States take them seriously, because they were based on some rather serious consideration back and forth, some may look at them and say they’re going to be really inconvenient for people. Some will look and say, well, maybe we’ve gone a little bit too far. They were well thought out.”

Dr. Deborah Birx, who served as the White House COVID-19 Task Force coordinator under Trump, echoed this statement at the briefing, saying that isolating for 15 days would make a major difference.

Trump also said in March that by July or August of 2020, the U.S. would be in a position to remove the restrictions and get life back to normal, according to the Business Insider. (RELATED: Cuomo Admin Denies Vaccine Czar’s Phone Calls Gauging Support For Cuomo Were Linked To Public Health Decisions) 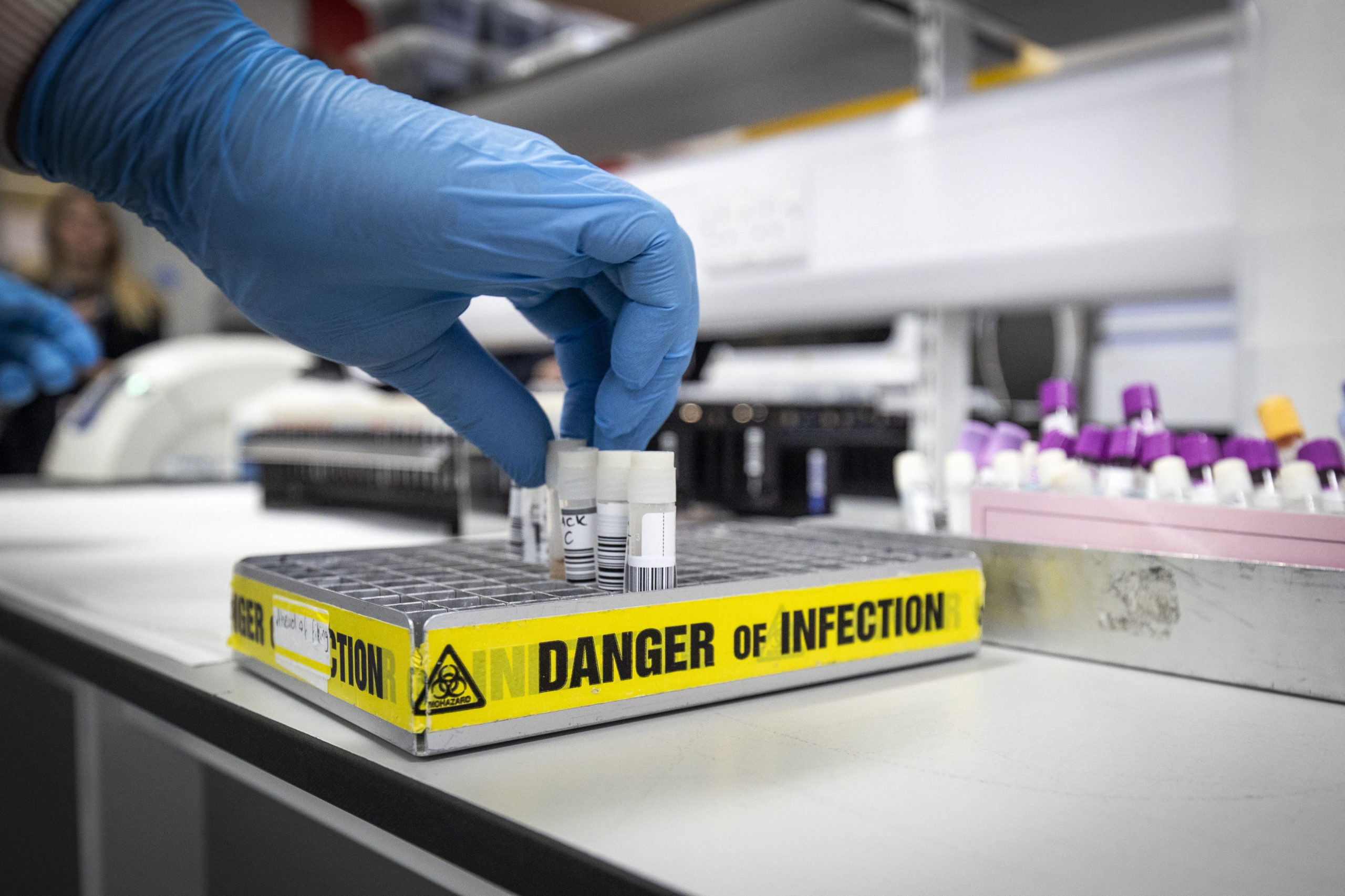 A clinical support technician extracts viruses from swab samples so that the genetic structure of a virus can be analysed and identified in a coronavirus testing laboratory. (Photo by Jane Barlow – WPA Pool/Getty Images)

Other experts criticized the 15-day plan to slow the spread. Saskia Popescu, a biodefense professor at George Mason University, said that the plan showed a lack of awareness for handling the outbreak, according to CNBC.

“Simply put, 15 days is not enough to address so much of what we were facing in March 2020 and this plan really reveals an administration and national plan that was quite superficial in response,” Popescu said.

Birx said early on it was extremely difficult to form policy to combat coronavirus because of the vast amount of differing opinions from experts, according to CNBC. (RELATED: ‘Speech For An Alternate Universe’ — McConnell Slams Biden’s First Primetime Address)

“There were people with legitimate credentials and stellar careers that were feeding information, and I had never seen that before, and that was enormously difficult,” she said.

According to the latest data from the Centers for Disease Control and Prevention (CDC), the U.S. has reached over 29 million confirmed cases since the start of the pandemic. The CDC is expecting the more deadly U.K. variant to become the dominant COVID-19 variant by the end of the month.