Sanders’ proposal, the “For The 99.5% Act,” would adjust some of the federal estate tax levels back to their 2009 levels and repeal tax changes made in the Republican-sponsored Tax Cuts and Jobs Act of 2017, Yahoo Money reported. It would only affect America’s top 0.5%, according to the Joint Committee on Taxation. (RELATED: Bernie Sanders Introduces Bill Raising Taxes On Companies That Pay Executives 50 Times More Than Median Worker)

“The fairest way to reduce wealth inequality, invest in the disappearing middle class, and preserve our democracy is to enact a progressive estate tax on the inherited wealth of multi-millionaires and billionaires,” the proposal stated. “Under this legislation, the families of all 657 billionaires in America who have a combined net worth of over $4.26 trillion would owe up to $2.7 trillion in estate taxes.” 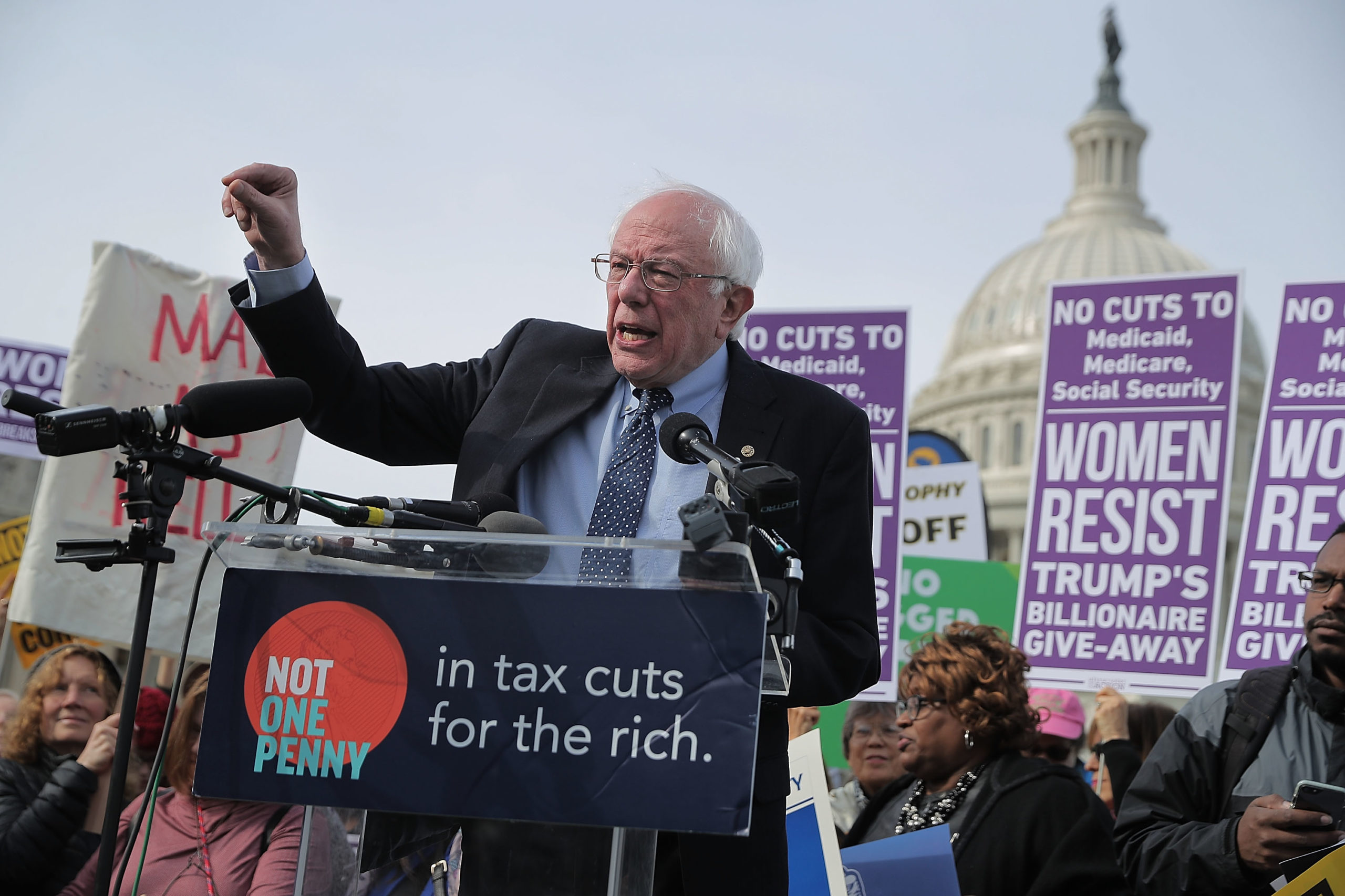 WASHINGTON, DC – NOV. 01: Sen. Bernie Sanders (I-VT) addresses a rally against the Republican tax plan outside the U.S. Capitol Nov. 1, 2017 in Washington, DC. The rally was organized by Patriotic Millionaires, left-wing group of wealthy people who support political representation for all citizens and believe that the rich should shoulder a greater burden of taxes. (Photo by Chip Somodevilla/Getty Images)

The Internal Revenue Service defines an estate tax as “a tax on your right to transfer property at your death.” The language used in the proposal summarizing the act claims the tax they propose would only impact individuals who inherit more than $3.5 million, or $7 million for married couples.

“99.5% of Americans would not see their taxes go up by one penny under this plan,” the proposal states.

The proposal has reportedly been endorsed by at least 51 national organizations.

“The bill would narrow the wealth gap & income inequality & raise much needed revenue for investments that benefit working families.” pic.twitter.com/JDaqxX3tWU

The initiative comes as the Biden administration is reportedly planning on pursuing the first major tax increases since 1993.