The U.S. Center For Disease Control and Prevention (CDC) says common side effects of all vaccines include tiredness, headache, muscle pain, chills, fever and nausea.

The CDC notes that on the arm where the shot is given, it’s common to have pain, redness and swelling. For some vaccines, the second dosage has been reported to cause more side effects.

“I recognized even personally after my second dose, the next day I did feel a bit tired, a bit achy,” Dr. Alan Taege with the Department of Infectious Disease at Cleveland Clinic said to Cleveland 19. “I took a couple Tylenol and kept working. So I think for the majority of people you may notice a little bit more, but it’s not likely to be something that is really serious or significant.”

But Dr. Taege says side effects are actually a good sign.

Difficulty breathing, swelling of the face and throat, dizziness and weakness are all potential signs of a severe allergic reaction.

Some people have reported other side effects for both Moderna and other vaccines, though the effects are not rare.

It’s “like having nickels in your mouth,” John Howard, 45, who took the Pfizer vaccine (which requires two shots) said, according to NBC News. Paul Wartenberg, 50, also said he tasted metallic in his mouth for several hours after his Moderna injection, according to the report. 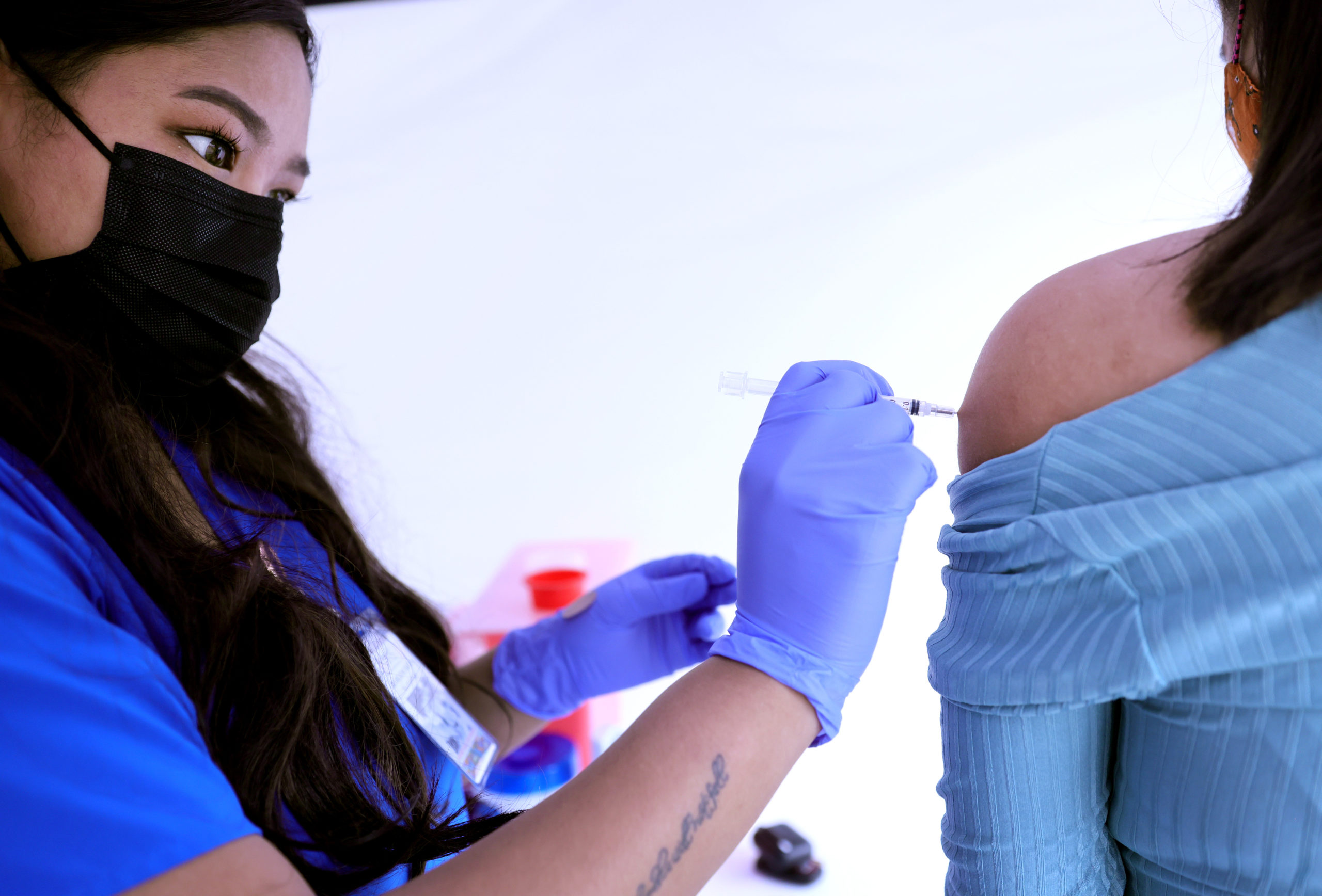 Women are also reportedly experiencing more side effects than men. The CDC looked at the side effects of the Pfizer and Moderna vaccines and found 79.1% of side effects were reported in women even though they received just 61.2% of the vaccine, according to People.

Unlike Pfizer and Moderna, the Johnson & Johnson vaccine requires only one shot. Further, the vaccine can be stored in refrigerated temperatures unlike the Moderna and Pfizer variation which must be kept frozen and expire within hours of being removed from cold storage.

The side effects, however, are rather similar, according to patients who received the vaccine.

“I was freezing,” 18-year-old college student Chloe Kathuria told Business Insider after getting her Johnson & Johnson shot. “For hours I couldn’t stop moving because I was shaking and that was uncomfortable because all my muscles were hurting.”

Common side effects from Johnson & Johnson include arm pain, headaches and fatigue, according to the report.

Kathuria also experienced arm pain, bad chills, loss of appetite and a fever that lasted two days. The aches, however, lasted a week, according to Business Insider.

Despite the side effects, which the CDC, FDA and others note are normal for any vaccine, the three vaccines have high efficacy rates.

Moderna reported a near 95% efficacy rate back in November based on preliminary results from ongoing trials. The FDA later issued a report in December reaffirming Moderna’s vaccine was safe and effective in preventing severe coronavirus cases in adults.

Pfizer also announced their vaccine had an efficacy rate of over 90%.

Johnson & Johnson was 100% effective in preventing death in clinical trials and had an efficacy rate of 85% when it came to preventing serious cases of the coronavirus that required hospitalization. When the vaccine was tested against certain mutations of the virus, however, its overall efficacy rate was 72%.