Dominion Voting Systems hasn’t ruled out filing lawsuits against former President Donald Trump and other media publications over unfounded claims surrounding the 2020 election, a lawyer for the company told Axios on Monday.

“We’re looking at other media outlets, and making sure we can meet all of the elements of defamation,” Dominion lawyer Tom Clare said on the “Axios Re:Cap” podcast. “There were other outlets that played a similar role to Fox in spreading these lies. I expect that we’re going to be holding them accountable as well.”

Clare’s comments come after the company filed various defamation lawsuits, including a $1.3 billion suit against MyPillow CEO Mike Lindell and one for $1.6 billion against Fox News. The lawsuits stem from false claims targeting Dominion and claiming the election was rigged.

Trump helped push these claims throughout the 2020 election and afterwards, doubling down on allegations of mass voter fraud. 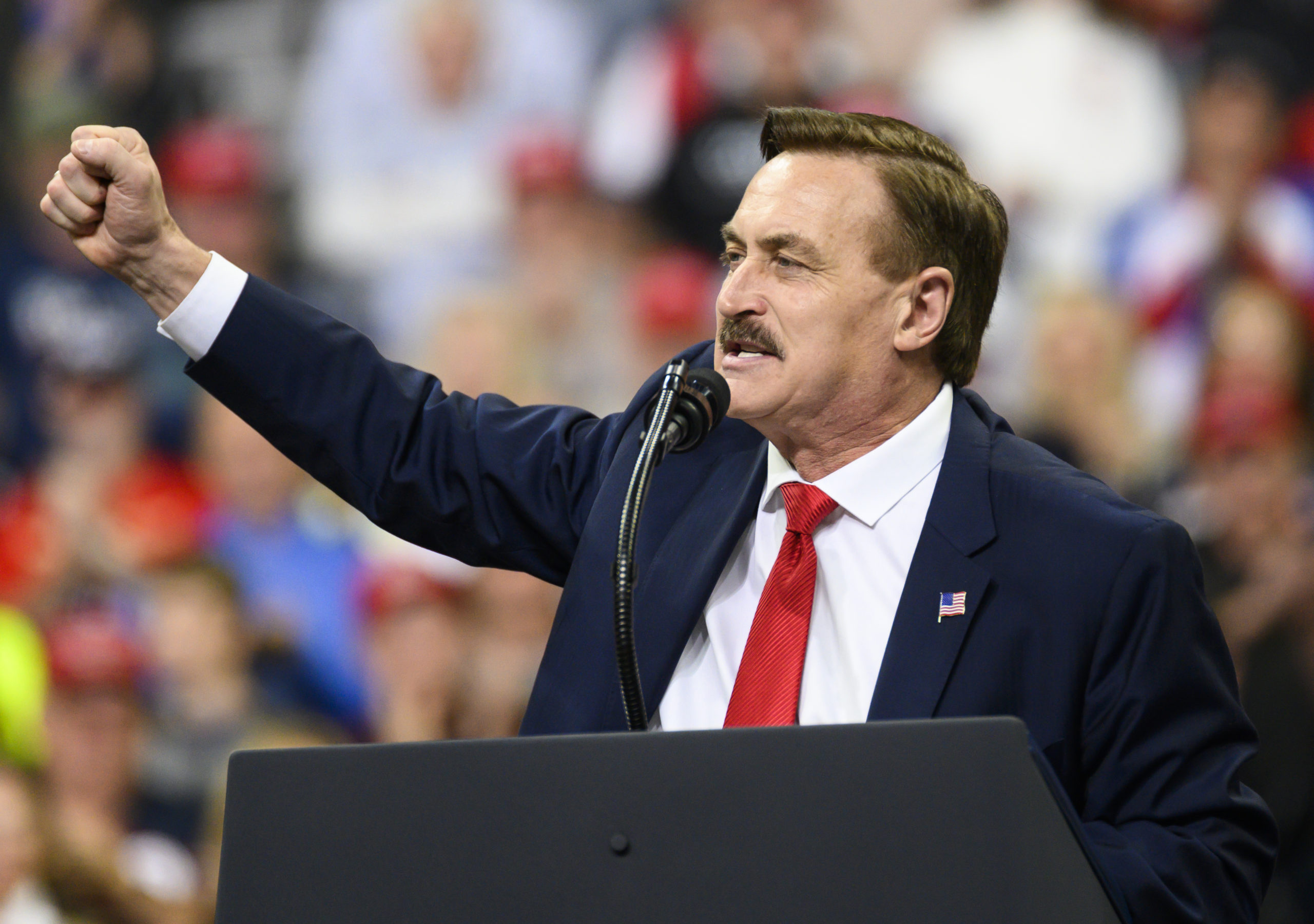 Mike Lindell, CEO of My Pillow, speaks during a campaign rally held by U.S. President Donald Trump at the Target Center on October 10, 2019 in Minneapolis, Minnesota. (Stephen Maturen/Getty Images)

“We’re gonna have a chance to really peek behind the curtain of understanding the people’s roles, and that would include the president and the White House and the campaign,” Clare also noted. “And if the evidence leads us to believe that we’ve got strong claims, that’s something we’re gonna take a look at.”

Another voting machine company – Smartmatic – also filed a lawsuit against Fox News as well as specific hosts on the network. Fox News filed a motion to dismiss Smartmatic’s lawsuit and defended its coverage in a previous statement regarding the Dominion suit. (RELATED: Dominion Voting Systems Reportedly Sends Letter To Sidney Powell Demanding She Retract ‘False Accusations’)

The network specifically noted that it’s “proud of its election coverage,” calling it “the highest tradition of American journalism.” Fox News also promised to “vigorously defend against” the lawsuit “in court.”

Clare did not get into specifics regarding which news publications Dominion is considering suing.