Dominion Voting Systems filed a $1.6 billion defamation suit Friday against Fox News, alleging the network, in an attempt to boost its ratings, falsely claimed the company rigged the 2020 election.

The suit follows months of false claims by former President Donald Trump and other Republicans that President Joe Biden’s victory was “rigged,” many of which targeted Dominion. Trump supporters, many of whom believed Trump’s stolen election claims, stormed the Capitol on Jan. 6 as Congress met to certify Biden’s win, resulting in the death of a Capitol Police officer and four others.

Dominion claims in the lawsuit that Fox “sold a false story of election fraud in order to serve its own commercial purposes, severely injuring Dominion in the process.”

“The truth matters,” the suit adds. “Lies have consequences … If this case does not rise to the level of defamation by a broadcaster, than nothing does.”

In a statement provided to the Daily Caller News Foundation, Fox News said that it was “proud of its election coverage, which stands for the highest tradition of American journalism,” and added that it would “vigorously defend against this baseless lawsuit in court.” 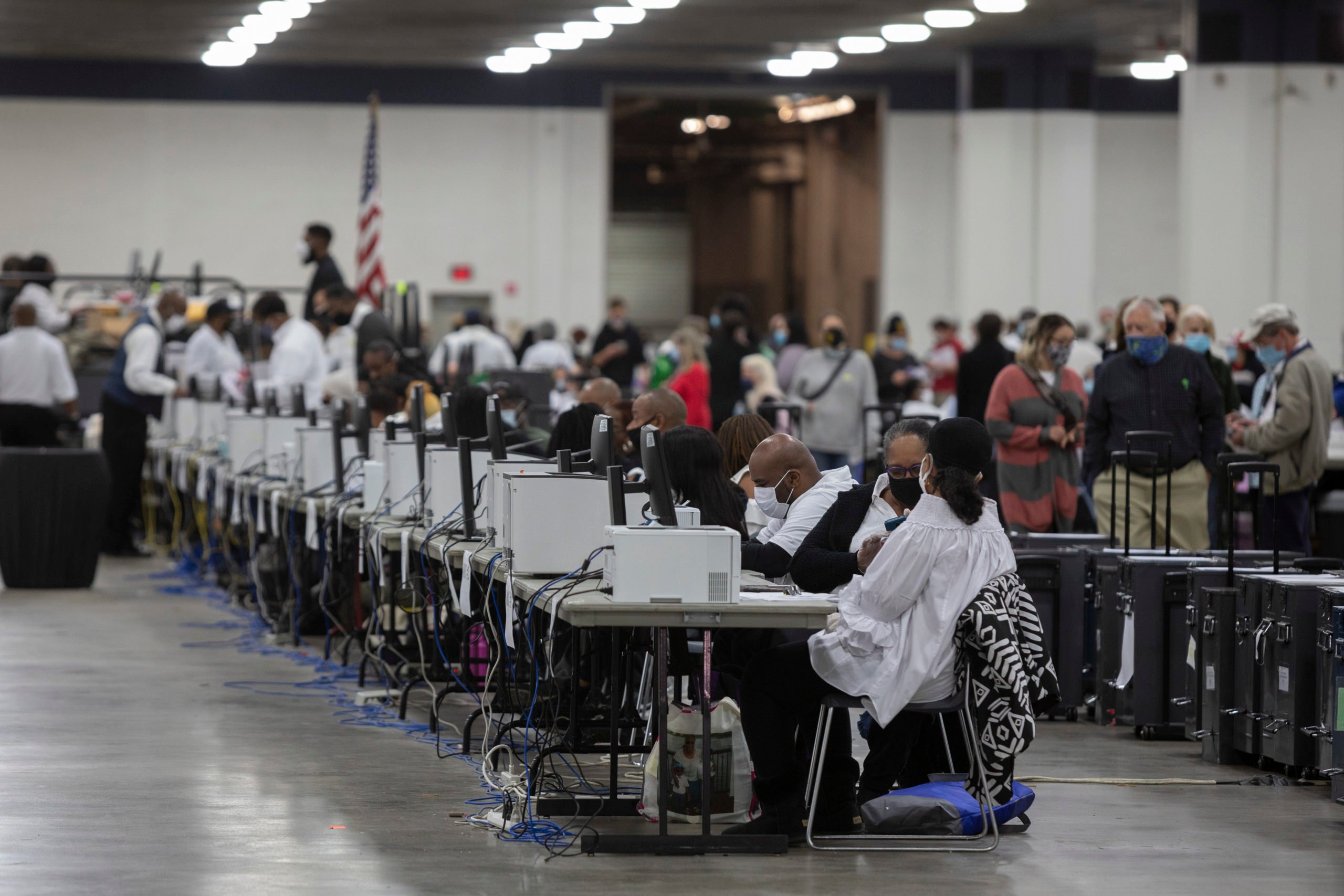 Workers with the Detroit Department of Elections help process absentee ballots at the Central Counting Board in the TCF Center on November 4, 2020 in Detroit, Michigan. (Elaine Cromie/Getty Images)

Despite the claims of fraud, numerous Republican officials in Trump’s administration and in battleground states across the country acknowledged that the election was free and fair. Former Attorney General Bill Barr conceded that there was no evidence of fraud despite Trump’s claims, and Chris Krebs, Trump’s top cybersecurity official, was fired by tweet after saying that the election was the most secure in history. (RELATED: Cybersecurity And Infrastructure Security Agency Calls 2020 Election ‘Most Secure In American History’)

Republican governors in Arizona and Georgia, two states that Biden narrowly flipped, also reaffirmed the validity in their states’ elections, much to Trump’s ire.

Trump’s legal team also lost dozens of lawsuits seeking to overturn the election, including two that were tossed by the Supreme Court.

Dominion has also sued Sidney Powell, Rudy Giuliani and Mike Lindell, the MyPillow founder, over their repeated claims that the election was rigged.

In Powell’s motion to dismiss a separate suit against her, she claimed that “reasonable people” would not have accepted her claims. The city of Detroit also previously requested that she be disbarred over her outlandish statements, many of which targeted the city and its election practices.