RIO GRANDE VALLEY, TEXAS — Parents who had just entered the U.S. illegally Friday said the journey can be dangerous for their children, but were adamant about staying together.

Migrants illegally entering the U.S. with their young children said they don’t want to leave them behind in the countries they’re fleeing. Multiple adults with children in large groups of migrants walked towards a temporary Customs and Border Protection (CBP) field processing center Friday and spoke about how perilous the trip can be.

“Don’t think that we are leaving our country out of luxury. We leave our country to grow, to improve our lives,” 22-year-old Antonio Flores said. “This journey is very difficult. Sometimes you gotta sleep in the street dealing with the elements freezing, heating and hunger.”

Flores carried a baby, shielding its eyes from the setting sun as he walked with a group of migrants who had crossed into the U.S. over the Rio Grande River. The group walked to a CBP processing facility, likely to apply for asylum and receive food, water and medical care.

A mother from Honduras carrying her sick son on her shoulders as he slept said, “it’s really terrifying, very dangerous. If it wasn’t necessary we wouldn’t take the risk.” She said her son did not have COVID-19 but was throwing up and running a fever.

“Well, we can no longer stay in our country, and we bring our children with us as mothers who are responsible for them,” said another mother from Honduras who was walking with her son. “I know the trip is not easy and that it’s dangerous, but it’s necessary and I have to do it.” 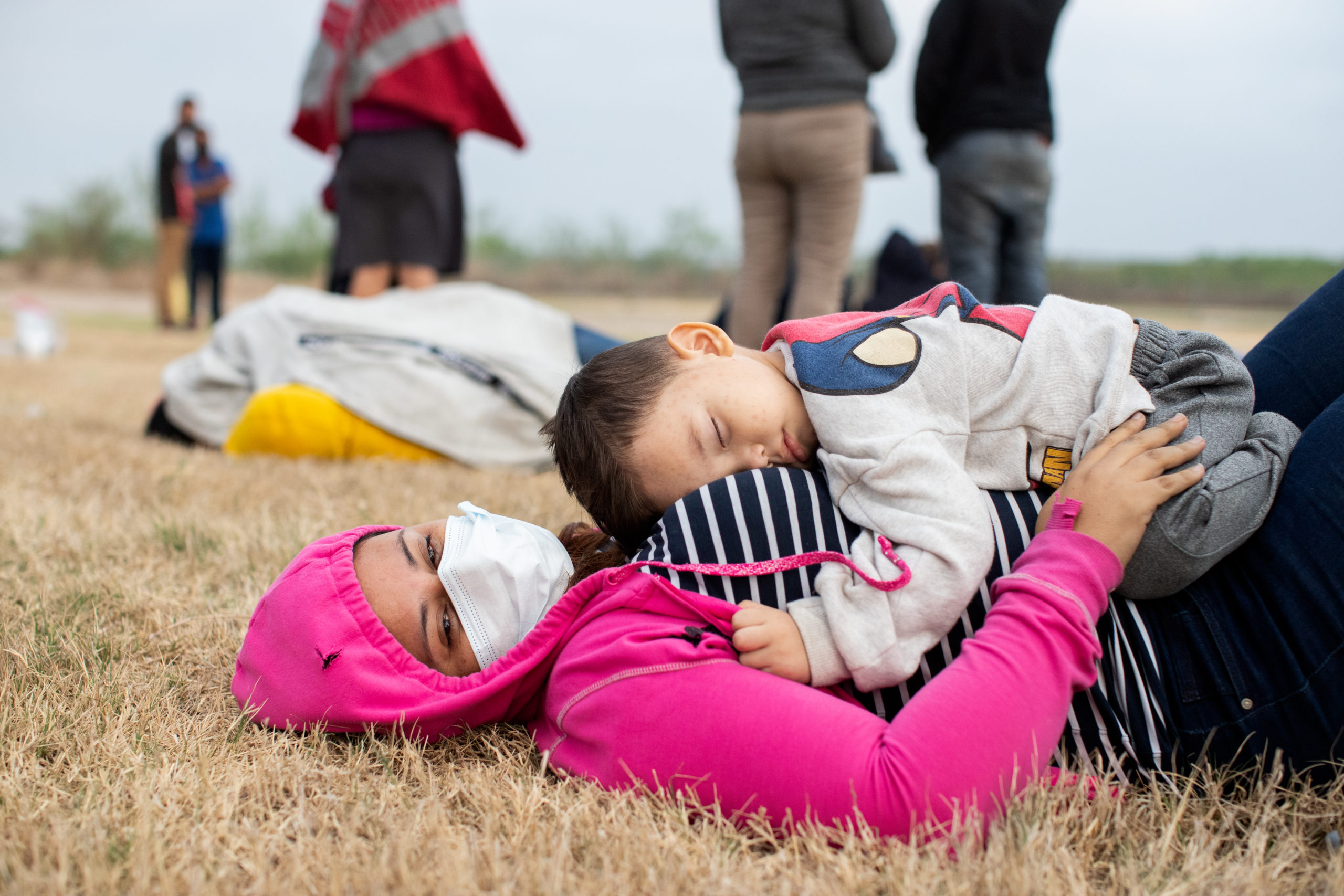 Several migrant children make the journey without their parents or relatives and CBP officials encountered over 9,000 unaccompanied migrant minors in February, according to the agency. (RELATED: EXCLUSIVE: Illegal Migrants Explain Why They’re Coming To The US As They Cross Private Land)

National Border Patrol Council spokesman Chris Cabrera told the Daily Caller News Foundation he previously encountered a group of around 20 migrant children traveling with two adults and only a few of the children were related to them. Cabrera said a 7-year-old girl told him the group traveled for two months before they reached the U.S.

“She was saying that there were more kids when they started and some of them just disappeared along the way and she doesn’t know what happened to them,” Cabrera told the DCNF. “Then she was saying that they got up on a train in Mexico, La Vestia, where they would ride on the top on their way north and two of them had fallen off while it was moving.”

Cabrera told the DCNF the girl said someone kicked another child off the train in the middle of the night and they fell between the train cars while it was moving.