Florida Rep. Matt Gaetz said Tuesday he is a subject in a federal sex trafficking investigation, though he denies any wrongdoing and says he is the victim of a $25 million extortion plot.

On Tuesday, The New York Times reported that the Justice Department is investigating whether Gaetz, a Republican, had a sexual relationship with a 17-year-old girl.

According to the Times, which cited three people familiar with the matter, the Justice Department opened the investigation at the end of the Trump administration.

In statements to the Times, Gaetz said he was the subject of an investigation. To Axios, Gaetz denied all wrongdoing and claimed he was being extorted by a former official at the Justice Department.

He added more detail in his denial on Twitter, and suggested that the Times story was part of a ploy to uncover the people trying to extort him.

“Over the past several weeks my family and I have been victims of an organized criminal extortion involving a former DOJ official seeking $25 million while threatening to smear my name. We have been cooperating with federal authorities in this matter and my father has even been wearing a wire at the FBI’s direction to catch these criminals. The planted leak to the FBI tonight was intended to thwart that investigation. No part of the allegations against me are true, and the people pushing these lies are targets of the ongoing extortion investigation. I demand the DOJ immediately release the tapes, made at their direction, which implicate their former colleague in crimes against me based on false allegations.”

Gaetz’s spokesman did not respond when asked for more details about the extortion allegation.

The Times reported earlier Tuesday that prosecutors are looking into whether Gaetz violated laws against inducing people under 18 years old across state lines for sex. (RELATED: Matt Gaetz Says He Would Resign From Congress In Order To Defend Trump From Impeachment) 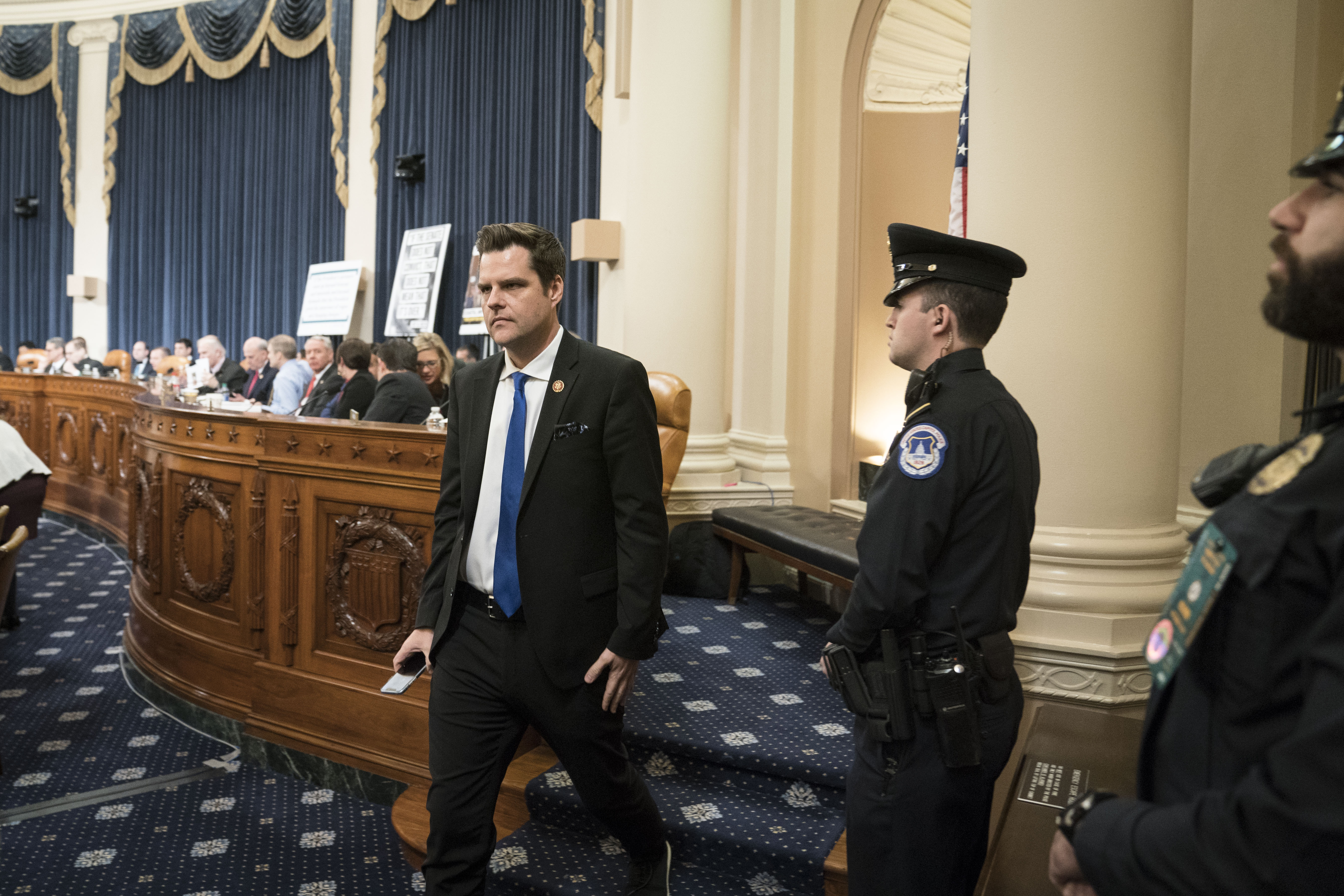 The Times reported that the investigation is part of a broader probe into a former Florida official named Joel Greenberg, who was indicted last year on charges of sex trafficking of an underage girl.

The Times noted that Greenberg posted a photo on Twitter with Gaetz at the White House on June 22, 2019.

Greenberg was arrested earlier this month after violating the terms of his bond while awaiting federal trial.

Earlier on Tuesday, Axios reported that Gaetz, a close ally of Donald Trump, is considering resigning from Congress to take a job at Newsmax, the conservative TV network.