“Joe Biden’s radical plan to implement the largest tax hike in American history is a massive giveaway to China, and many other countries, that will send thousands of factories, millions of jobs, and trillions of dollars to these competitive Nations,” Trump said in a statement.

Biden is set to introduce a massive infrastructure package on Wednesday in Pittsburgh, Pennsylvania that is expected to cost upwards of $2 trillion. The plan will largely be funded by raising the corporate tax rate that was lowered in 2017 under Trump’s Tax Cuts and Jobs Act. 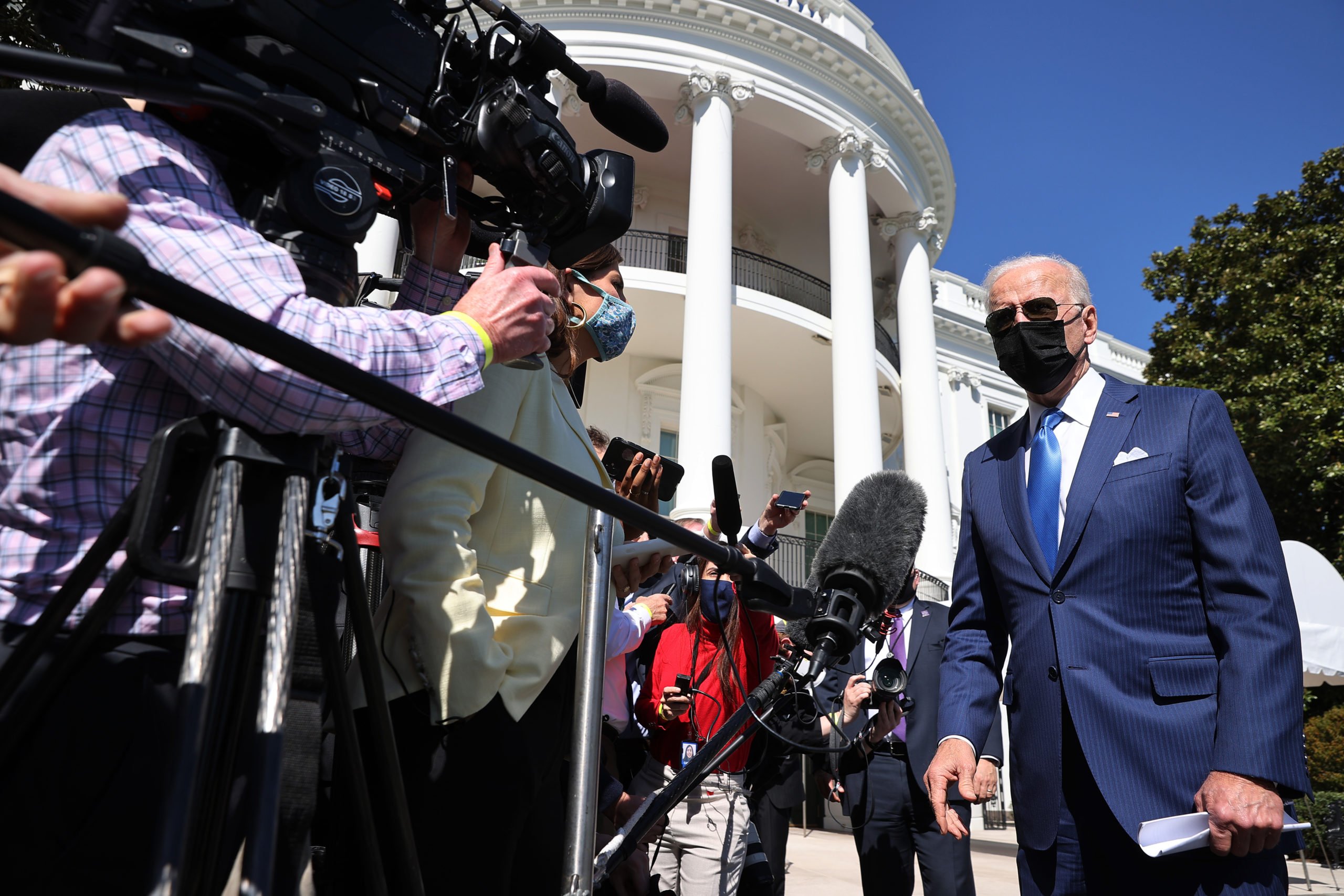 WASHINGTON, DC – MARCH 26: U.S. President Joe Biden talks to reporters as he departs the White House on March 26, 2021 in Washington, DC. Biden is traveling to Wilmington, Delaware, to spend the weekend at home. (Photo by Chip Somodevilla/Getty Images)

The “American Jobs Plan” would set the corporate tax rate at 28%, a seven percent increase from the tax rate under Trump, a senior official told the press ahead of Biden’s speech.

“This legislation would be among the largest self-inflicted economic wounds in history,” Trump claimed in his statement. “This tax hike is a classic globalist betrayal by Joe Biden and his friends: the lobbyists will win, the special interests will win, China will win, the Washington politicians and government bureaucrats will win – but hardworking American families will lose.”

“Joe Biden’s cruel and heartless attack on the American Dream must never be allowed to become Federal law,” he added.

The rates are expected to stay in place for at least 15 years and revenues would cover eight years worth of construction and growth, The New York Times reported. (RELATED: ‘WTF?!’: Times Square Billboard Rips Biden Small Business Tax Increase)

Biden’s plan would focus on investments to transportation infrastructure, improving public utilities, domestic manufacturing and other areas meant to jumpstart the private sector.

Biden promised throughout his campaign that he wouldn’t eliminate all of Trump’s tax cuts, just those that apply to top earners, including corporations.

The U.S. used to operate under a “worldwide” corporate tax system that taxed global earnings of U.S. based companies, according to the Tax Foundation. This system, however, discouraged companies from bringing their foreign earnings to the U.S. and instead incentivized companies to ship their headquarters out of the country, according to the report.

Under Trump’s TCJA, the U.S. shifted to a “territorial” tax system. Under a territorial tax, the U.S. would not tax profits that are made overseas by U.S.-based corporations, according to the Tax Policy Center. To make up for lost revenue, however, the TCJA also created two new categories of income that were taxed at a lower rate than the 21% to make up for lost revenue, the Tax Foundation reported.