The court ruled that public health emergencies issued by the governor are only valid for 60 days and that extending them requires legislative approval, according to Fox News.

“The question in this case is not whether the governor acted wisely; it is whether he acted lawfully. We conclude he did not,” Justice Brian Hagedorn wrote for the majority opinion. 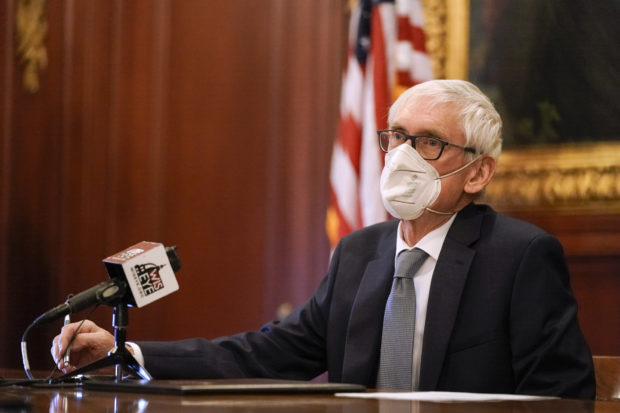 Wisconsin Gov. Tony Evers, a member of Wisconsin’s Electoral College, casts his vote for the presidential election at the Wisconsin State Capitol on December 14, 2020 in Madison, Wisconsin. (Morry Gash-Pool/Getty Images)

“Unfortunately, the ultimate consequence of the majority’s decision is that it places yet another roadblock to an effective governmental response to COVID-19,” the dissent stated.

Evers’ extended the mask mandate, which first took effect in August, four times. He most recently extended it on Feb. 4, immediately after it was repealed by the Wisconsin State Legislature. Due to the changing nature of the COVID-19 pandemic, Evers claimed he can issue multiple health emergencies, according to Fox News.

The case against the governor’s mask mandate was brought by Jere Fabick, who is a major donor to Republicans in Wisconsin, Fox 10 reported.