The 310 executives asked Biden to increase federal standards and put the U.S. on track to cut emissions 50% below 2005 levels within a decade and reduce emissions to net-zero by 2050, according to a coalition press release. The letter was sent to Biden on Tuesday and was organized by the We Mean Business Coalition and the nonprofit organization Ceres.

“To restore the standing of the U.S. as a global leader, we need to address the climate crisis at the pace and scale it demands,” the executives wrote. “Specifically, the U.S. must adopt an emissions reduction target that will place the country on a credible pathway to reach net-zero emissions by 2050.”

“We, therefore, call on you to adopt the ambitious and attainable target of cutting [greenhouse gas] emissions by at least 50% below 2005 levels by 2030,” the letter said. (RELATED: Democrats Keep Getting Their Climate Change Doomsday Predictions Wrong)

The executives pointed to recent “extreme weather” including California’s wildfires and hurricanes as the reason for their urgent call to action. They called the human and economic losses of the past year “profound.” 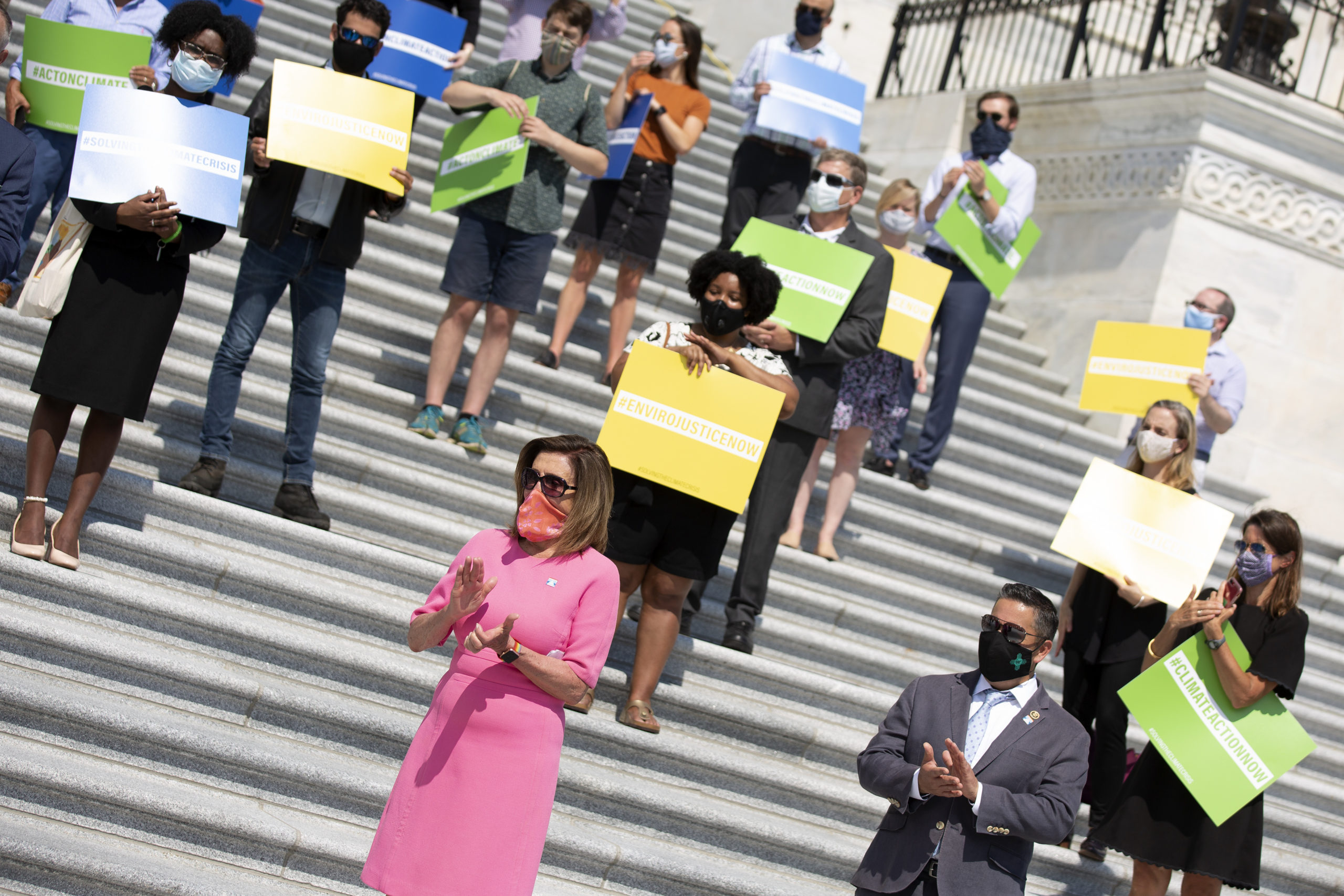 Speaker of the House Nancy Pelosi and members of the Select Committee on the Climate Crisis, applaud during a news conference about climate change last year. (Stefani Reynolds/Getty Images)

The letter added that business leaders “care deeply” about the future of the nation and the health of Americans. It noted that the businesses in the coalition collectively employ about 6 million Americans.

Meanwhile, more than 1,300 companies have joined the United Nations’ “Business Ambition for 1.5 C,” an effort to rally companies worldwide to cut greenhouse gas emissions and hold global temperature increases to just 1.5 degrees Celsius above pre-industrial levels. Overall emissions need to be cut in half by 2030 in order to achieve the goal.

“The U.S. business community is committed to doing its part to reduce emissions because it is good for the economy and helps us build back better,” We Mean Business CEO María Mendiluce said in a statement. “Companies want to work with the Biden administration toward a better future for all.”

Within his first 100 days in office, Biden has already signed a series of executive orders geared toward combatting climate change. Namely, Biden signed an order on tackling climate issues at home and abroad, establishing both a White House Office of Domestic Climate Policy and National Climate Task Force.

“Now is the time to be bold, and that is why McDonald’s fully supports the United States setting a target that reduces emissions by at least 50% by 2030 as a way to catalyze the necessary investments to ensure a better tomorrow,” McDonald’s Executive Vice President and Chief Global Impact Officer Katie Fallon said in a statement.