The Department of Health and Human Services (HHS) proposed a rule that follows through on Biden’s promises to reverse the Trump administration rule, the Associated Press reported. HHS wrote that Trump’s policy “abandoned (a) client centered approach over the objection of every major medical organization without any countervailing public health rationale,” the publication reported.

Trump ordered in July 2019 that family planning clinics be stripped of their Title X funding if they refer women for abortions. The president’s rules required that organizations that perform abortions and make abortion referrals do so in separate buildings from those that receive Title X federal funds.

The Biden administration quickly took steps to reverse the policy. In a Jan. 28 executive order, the new president ordered HHS to perform a review of Title X family planning regulations and and consider “as soon as practicable, whether to suspend, revise, or rescind, or publish for notice and comment proposed rules suspending, revising, or rescinding, those regulations.” 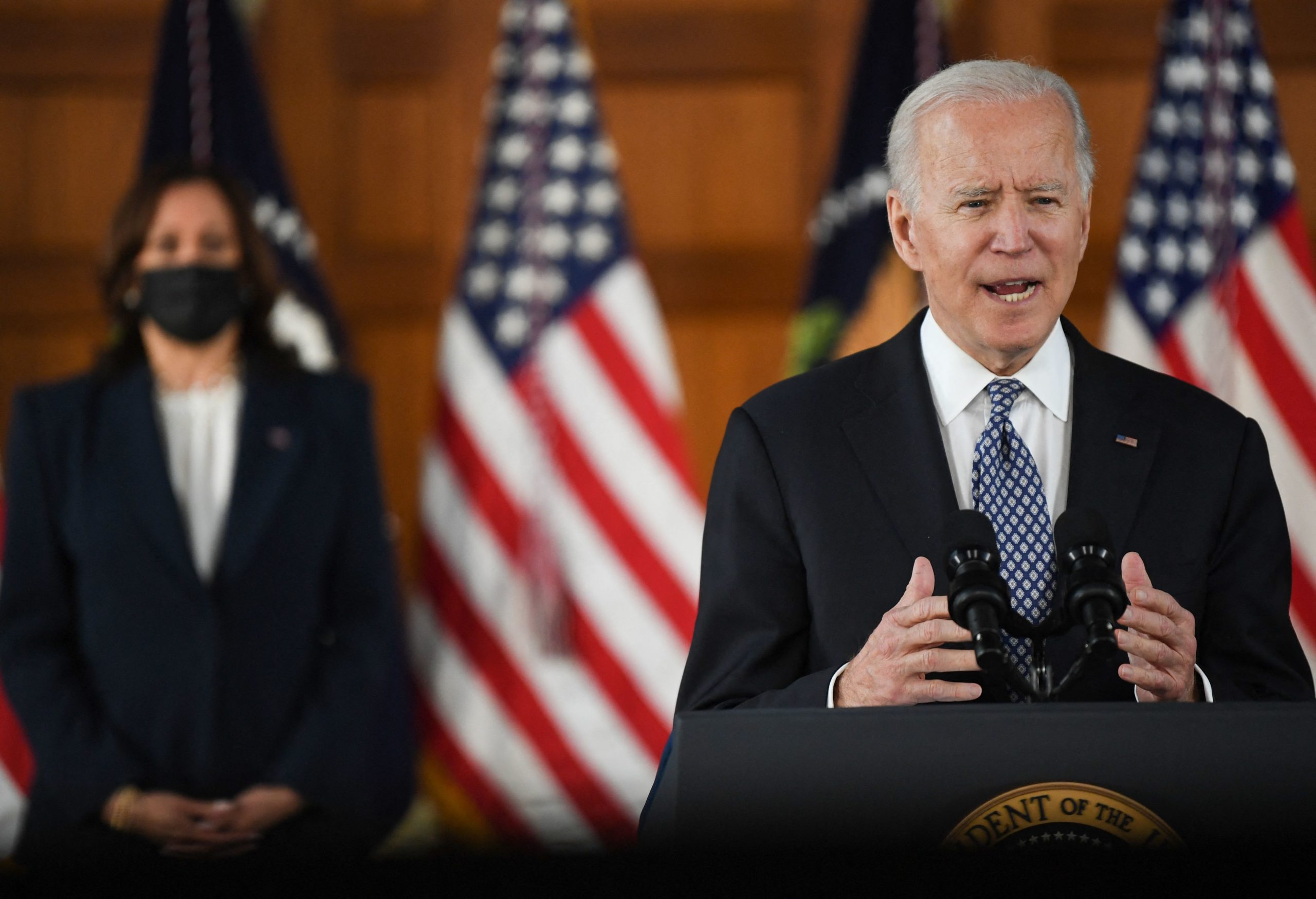 US President Joe Biden speaks as US Vice President Kamala Harris looks on during a listening session with Georgia Asian American and Pacific Islander community leaders at Emory University in Atlanta, Georgia on March 19, 2021. (ERIC BARADAT/AFP via Getty Images)

The Daily Caller previously reported that over 100 Republicans signed and sent a letter Tuesday to HHS Secretary Xavier Becerra urging him to not suspend and revise the Protect Life Rule. (RELATED: COVID-19 Relief Package Could Send Up To $50 Million To Abortion Providers)

“The Protect Life Rule is necessary to maintain the bright line drawn in the original authorizing statute between family planning and abortion,” the Republicans wrote. “Previously, under the Clinton era regulations, all Title X grantees were required to refer for abortion.”

“Additionally, the 2000 regulation was in direct violation of the Weldon Amendment that explicitly protects entities from discrimination based on their not providing, paying for, providing coverage of, or referring for abortion,” they continued. “Not only did this run counter to the program’s statutory prohibition on funding programs, but it discouraged program applicants who do not consider abortion to be a method of family planning from participating in the program. If reinstated the previous regulation will be in direct violation of standing law.”

Susan B. Anthony List President Majorie Dannenfelser deplored the Biden administration’s actions in a Wednesday statement. (RELATED: Biden Administration Lifts Restrictions On Abortion Pills Despite Risks, Allows Them To Be Delivered By Mail)

“From day one, Joe Biden and Kamala Harris have worked to pay back the abortion lobby that spent millions to elect them,” Dannenfelser said. “Coming on the heels of the Biden FDA’s refusal to enforce safety regulations on dangerous abortion drugs, plus Biden’s efforts to undermine the Supreme Court, their latest push to bail out the abortion industry proves there is no rule they won’t rewrite or simply ignore to get their way.”

Ending this gag rule is HUGE! Why? The gag rule was designed to block access to @PPFA and other providers, creating barriers to reproductive health care, especially for those facing systemic barriers: people in rural areas, and Black, Latino, and Indigenous communities.

“Ending this gag rule is HUGE,” the organization continued. “Why? The gag rule was designed to block access to @PPFA and other providers, creating barriers to reproductive health care, especially for those facing systemic barriers: people in rural areas, and Black, Latino, and Indigenous communities.”