Vice President Kamala Harris will soon take a trip to Mexico and Guatemala to address the root causes of migration in the Northern Triangle.

The trip will mark time either President Joe Biden or Harris will visit a foreign country since entering office.

Harris made the announcement when asked by the Daily Caller Wednesday if and when she plans to visit the southern border, given her role leading the administration’s response to the escalating problems at the border. (RELATED: Biden Picks Vice President Kamala Harris To Lead Admin’s Response To Border Crisis)

“The President has asked Sec. Mayorkas to address what is going on at the border,” she stated in response to Daily Caller’s question. “I have been asked to address the root causes, similar to what” Biden himself did as former President Barack Obama’s vice president. 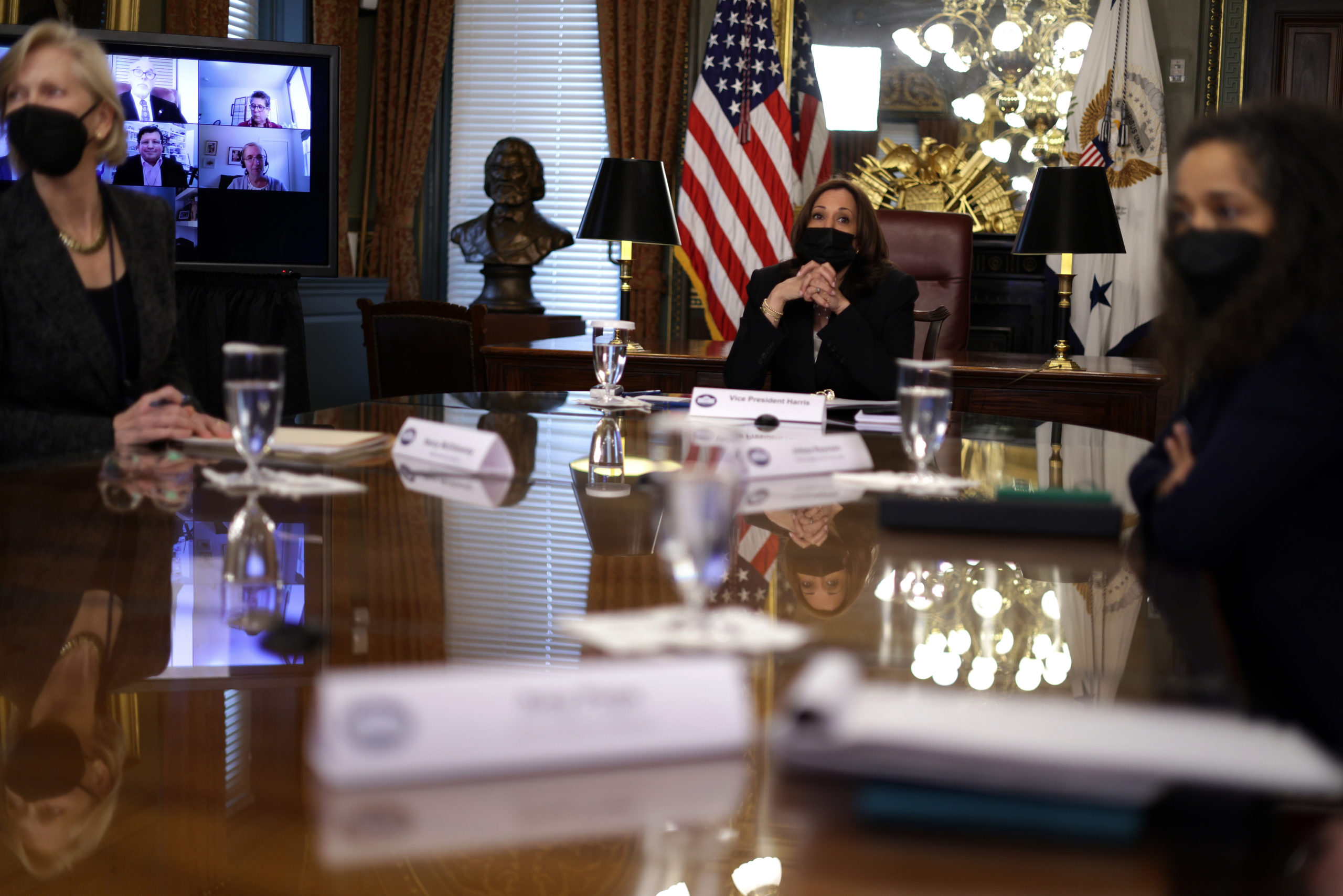 WASHINGTON, DC – APRIL 14: U.S. Vice President Kamala Harris participates in a virtual roundtable with experts on the southern border crisis at the Vice President’s Ceremonial Office at Eisenhower Executive Office Building of the White House on April 14, 2021 in Washington, DC. Vice President Harris convened the meeting to discuss assessments and recommendations for the immigration crisis in the region. (Photo by Alex Wong/Getty Images)

She added that she is “happy” to be going on the upcoming trip and that she has already opened lines of dialogue with the presidents of Mexico and Guatemala on how to address why migration is surging.

Harris’ comments came during a pool spray at the top of a virtual meeting with national security experts with heavy experience in the Northern Triangle.

The vice president said that two basic principles have “informed” her strategy for addressing the problems at the border.

First, “most people don’t want to leave her homes,” she explained, adding that when they do it’s to flee potential violence or to find the economic opportunity that can realistically support their families that isn’t present in their country of origin.

Secondly, her goal is to provide migrants “hope” that “if they stay at home, help is on the way.”

“There is great work that is already happening in our initiative that includes reaching out to our allies at the U.N.,” she stated. “We are convening this group of experts today because you all have been working for years in this region.”

Harris further stressed that the U.S. will not be able to fix problems in the Northern Triangle overnight and that the administration will continue to work with Northern Triangle countries to address economic resiliency, climate reform, food sustainability, water policy, and corruption in the region.