President Joe Biden announced Wednesday afternoon that Vice President Kamala Harris will step into the leading role atop the administration’s response to the situation at the Southern Border.

Harris will be coordinating the government’s diplomatic efforts with Mexico and Central American countries to stop the increasing flow of migrants to the United States.

“I asked the CP today, because she’s the most qualified person to do it, to lead our efforts in Mexico and the Northern Triangle and the countries that are going to need help in stemming the movement of so many folks, stemming migration to our southern border,” POTUS told the press pool ahead of a meeting with Harris and Department of Homeland Security Secretary Alejandro Mayorkas at the White House.

“Madam Vice President, thank you. I gave you a tough job. You’re smiling, but there is no one better capable of trying to organize it,” he said. (RELATED: Biden Admin Allows One TV Camera Into Child Migrant Holding Facility In Texas)

Biden noted that, when he was vice president, former President Barack Obama handed him a similar assignment. It not only included reforming the United States’ immigration system but also addressing the root causes in Central and South American countries that force migrants north. 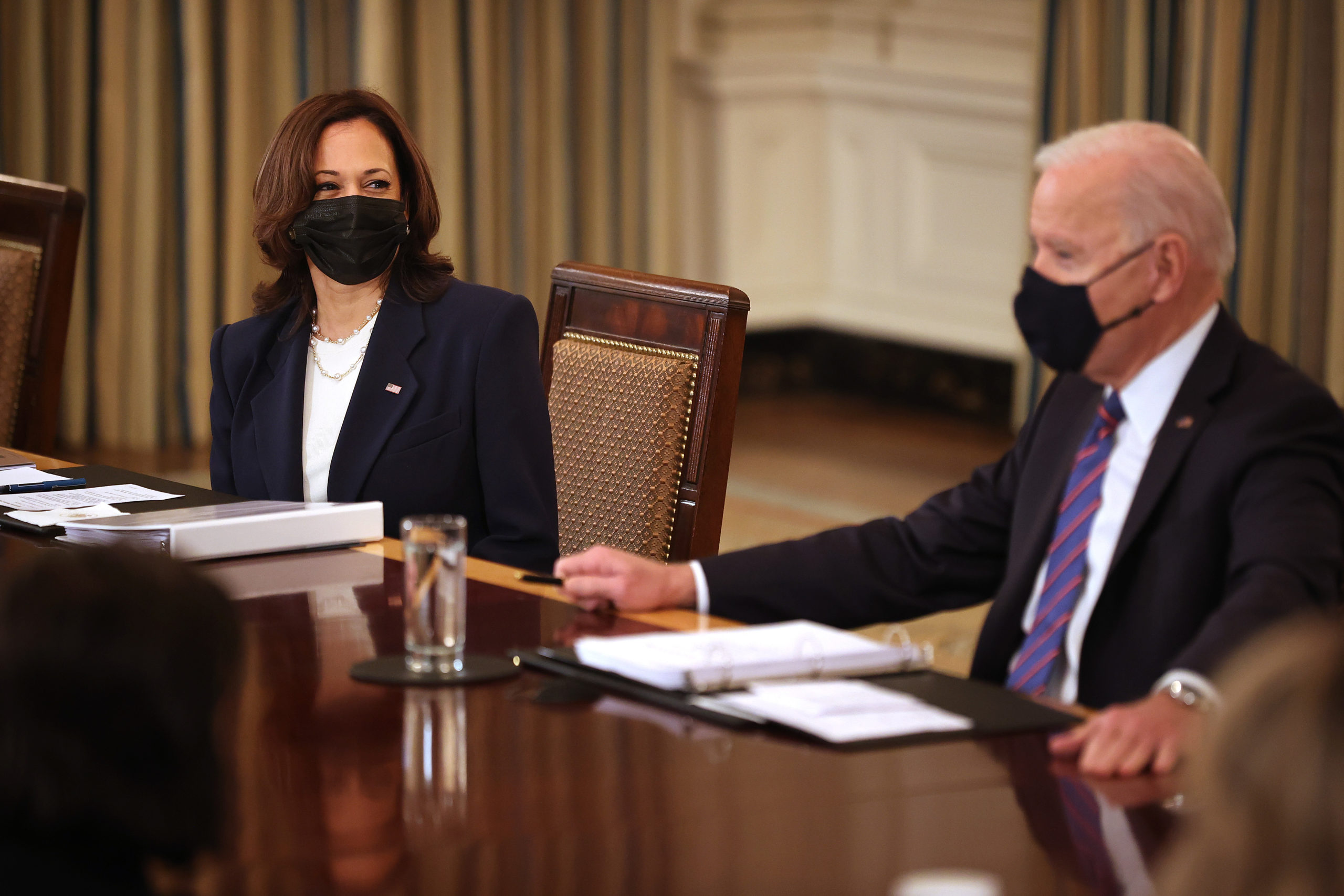 WASHINGTON, DC – MARCH 24: U.S. Vice President Kamala Harris (L) and President Joe Biden meet with cabinet members and immigration advisors in the State Dining Room on March 24, 2021 in Washington, DC. With the number of migrants apprehended at the U.S.-Mexico border reaching a two-decade high, Biden announced that Harris will be leading the White House efforts to handle the crisis at the border. (Photo by Chip Somodevilla/Getty Images)

“There is no question that this is a challenging situation,” Harris added following the president’s remarks. “There are many factors that lead people to leave these countries. While we’re clear people should not come to the border now, we also understand that we will enforce the law and that we also — because we can chew gum and walk at the same time — must address the root causes that cause people to make the trek.”