Former attorney general William Barr has reportedly sold his first book, which he began writing less than three months after leaving his position within the Trump administration.

Barr’s book will cover both of his stints as head of the justice department under President George H.W. Bush from 1991-1993 as well as his recent occupation of the post under Trump from 2019-2020, according to Politico.

Barr resigned from his position as Trump’s attorney general on Dec. 23 amid his disagreements with the former president over the 2020 election. “To date, we have not seen fraud on a scale that could have affected a different outcome in the election,” Barr told the Associated Press at the time. 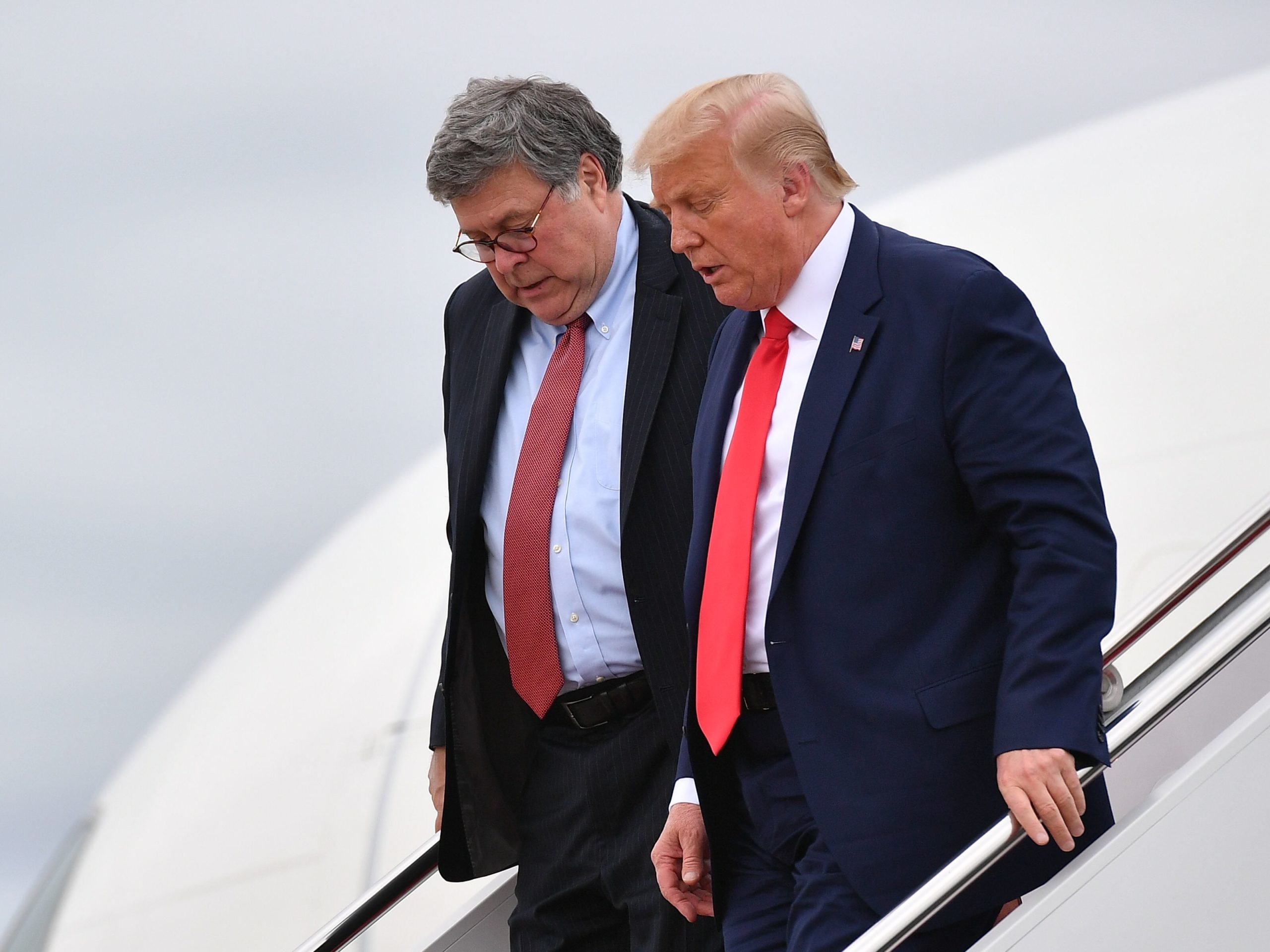 US President Donald Trump (R) and US Attorney General William Barr step off Air Force One upon arrival at Andrews Air Force Base in Maryland on September 1, 2020. – US President Donald Trump said September 1, 2020 on a visit to protest-hit Kenosha, Wisconsin that recent anti-police demonstrations in the city were acts of “domestic terror” committed by violent mobs. (Photo by MANDEL NGAN / AFP) (Photo by MANDEL NGAN/AFP via Getty Images)

Trump hesitated to say that he still had confidence in Barr during a press conference in December.

Supreme Court Justice Amy Coney Barrett, who was nominated to serve on the high court by Trump in October, also recently landed a book deal, being paid $2 million in advance for a book about how judges should operate objectively and without bias, according to Politico.

Trump’s son-in-law and former advisor Jared Kushner is “working on” a book of his own, according to The Guardian, and former Vice President Mike Pence signed a two-book deal with Simon & Schuster in early April for more than $3 million.