Republican South Carolina Sen. Tim Scott responded Tuesday night to the verdict of the trial of Derek Chauvin, the Minneapolis police officer who kneeled on George Floyd’s neck, saying he is relieved by the outcome.

Chauvin was found guilty of second-degree unintentional murder, third-degree murder and second-degree manslaughter on Tuesday in the death of Floyd. He was originally charged in May 2020.

“I think our justice system is getting more just, I’m thankful for the verdict and certainly thought it was murder and so that last, my first thought or shortly thereafter and believe that this reinforces the fact that while we all may need to grow our confidence in parts of the system. The truth of the matter is that this reinforces a commitment that we can have confidence that the justice system is becoming more just,” Scott told reporters.

A reporter then asked Scott if he was “relieved at the outcome,” to which he said. “I am absolutely. This is a monumental day in many ways, in my opinion.” 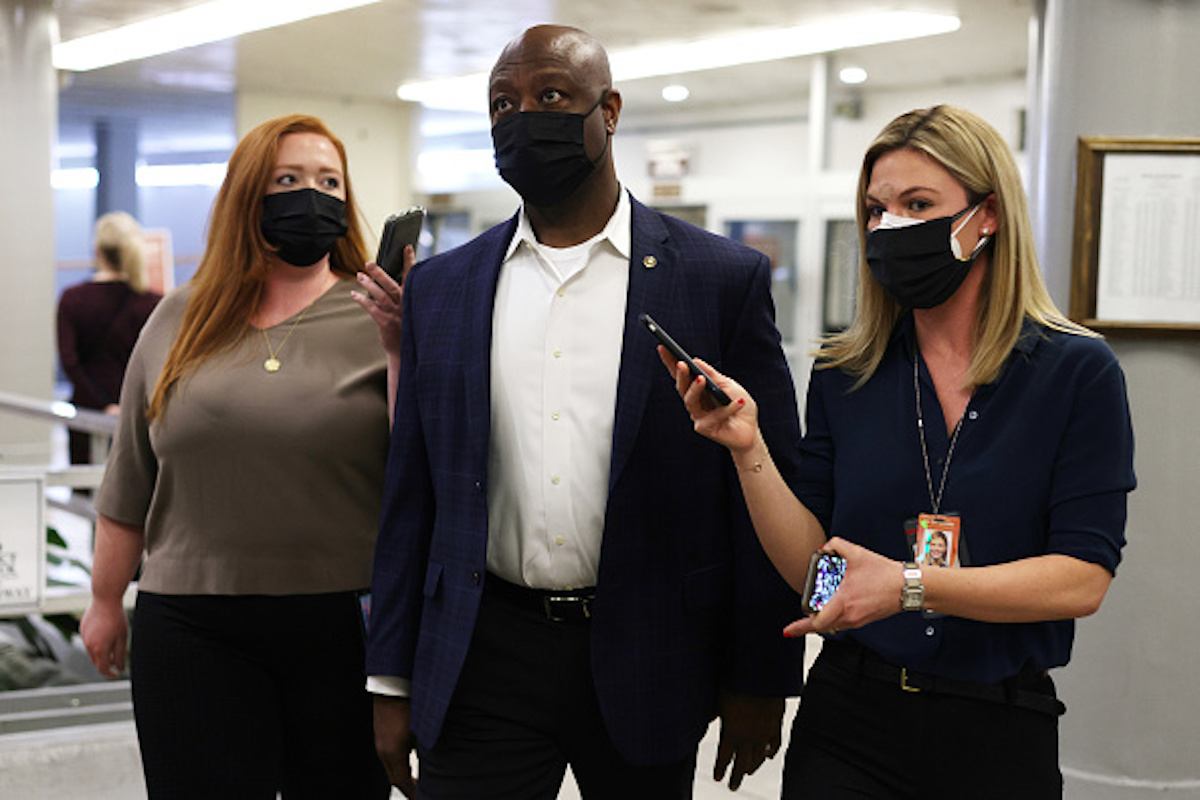 Sen. Tim Scott (R-SC) speaks to reporters prior to a procedural vote on the nomination of Polly Ellen Trottenberg to be Deputy Secretary of Transportation at the U.S. Capitol April 12, 2021 in Washington, DC. (Photo by Alex Wong/Getty Images)

Chauvin was fired by the Minneapolis Police Department on May 26, 2020, the day after the video went viral of him kneeling on Floyd’s neck for almost nine minutes. Floyd died shortly after being taken to a hospital. (RELATED: Derek Chauvin Found Guilty Of Murder In Death Of George Floyd)

The Minnesota judge overseeing Chauvin’s trial told the defense Monday that Democratic California Rep. Maxine Waters’ recent comments regarding the verdict might cause an appeal that could “result in this whole trial being overturned.” However, it was not. (RELATED: REPORT: Democrats Are Angry With Maxine Waters, Some Say They Would ‘Relish The Opportunity To Censure Her’)

President Joe Biden called Floyd’s family after the verdict and told them he was “so relieved.”