Democratic California Rep. Maxine Waters could be censured in the House, as many within her own party are reportedly furious that she encouraged protestors to “get more active” and “get more confrontational” on Saturday in Minneapolis, Minnesota.

Fox News congressional correspondent Chad Pergram reported Monday night that a number of Democrats have serious issues with Waters’ comments in Minnesota. Pergram said that although Democrats were already upset with Waters over the comments, things got worse for her when the Minnesota judge overseeing former Minneapolis police officer Derek Chauvin’s trial told the defense Monday that Waters’ recent comments regarding the verdict might cause an appeal that could “result in this whole trial being overturned.”

1) Congressional Democrats have a major problem with House Financial Services Committee Chairwoman Maxine Waters (D-CA) and her ‘’confrontational” comments in Minnesota over the weekend.

16) One knowledgeable Democrat told Fox that some Democratic members are so angry at Waters now that they would relish the opportunity to censure her.

So, McCarthy’s censure resolution may actually have legs. And, in a narrowly divided House, it may come down to “that math.”

One Democrat reportedly said some members upset with Waters “would relish the opportunity to censure her.”

House Minority Leader Kevin McCarthy said Monday that he will introduce a resolution to censure Waters, saying she broke the law and encouraged violence.

“This weekend in Minnesota, Maxine Waters broke the law by violating curfew and then incited violence,” McCarthy said. “Speaker Pelosi is ignoring Waters’ behavior—that’s why I am introducing a resolution to censure Rep. Waters for these dangerous comments,” he added. (RELATED: ‘Broke The Law, Incited Violence’—McCarthy To Introduce Resolution Censuring Maxine Waters For ‘Dangerous Comments’) 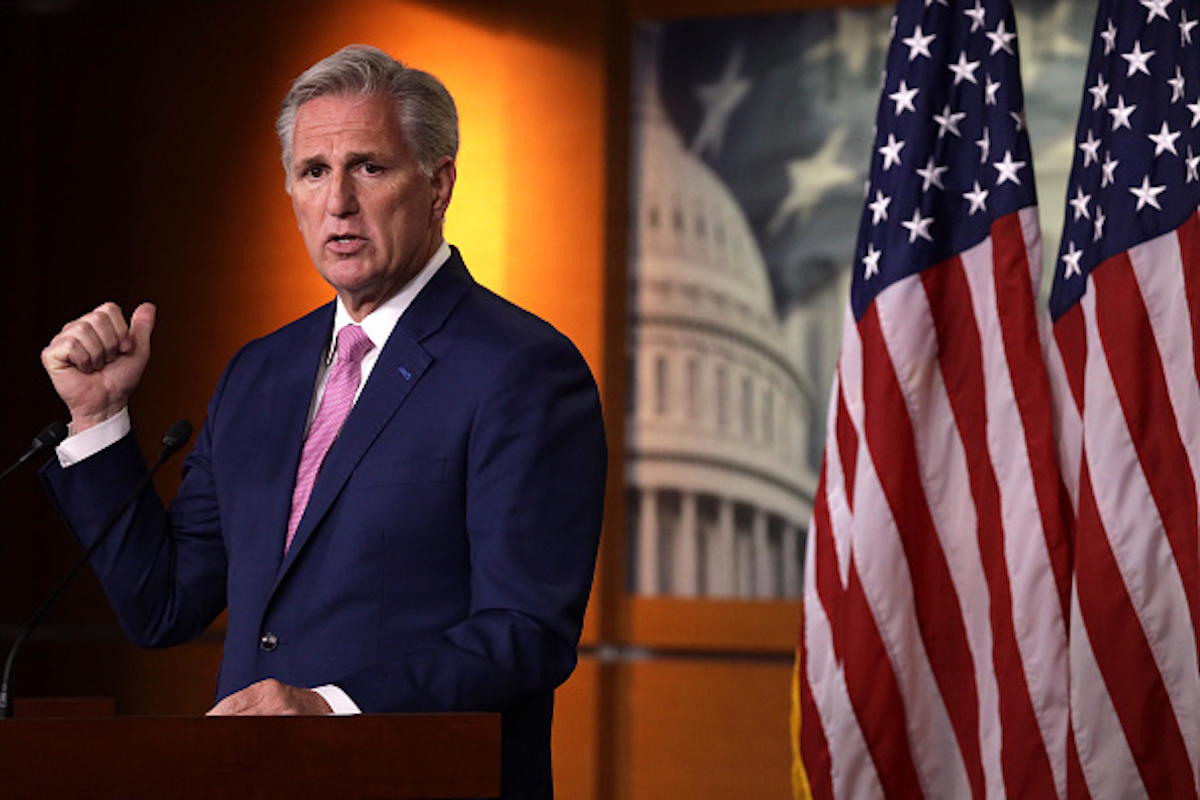 Pergram also reported that some Democrats have said they are not happy with the way Speaker of the House Nancy Pelosi has handled the situation. Pelosi defended Waters and said she should not apologize for her comments and that the congresswoman was not inciting violence.

“Maxine talked about confrontation in the manner of the Civil Rights movement,” Pelosi told reporters at a Monday press conference. “I myself think we should take our lead from the George Floyd family. They’ve handled this with great dignity and no ambiguity or lack of misinterpretation by either side.”

“No, no, I don’t think [Waters] should apologize,” Pelosi added. (RELATED: Pelosi Defends Maxine Waters’ Call For Protesters To ‘Get More Confrontational’)

McCarthy could have some moderate Democrats jump on board and vote to censure Waters in the House, Pergram reported, as the full House has to vote to censure a member and the vote requires a simple majority. Pergram added that only 23 members have been censured in the history of the House.

It is likely Democrats will try to table the resolution or bring it to a committee, which Pergram said would likely be brought before the House Ethics Committee. However, Republicans would only need two Democrats to vote in favor of censuring Waters.

“One knowledgeable Democrat told Fox that some Democratic members are so angry at Waters now that they would relish the opportunity to censure her. So, McCarthy’s censure resolution may actually have legs. And, in a narrowly divided House, it may come down to ‘that math.'” Pergram tweeted.