The lobbying firm owned by the brother of a top advisor to President Joe Biden is earning nearly five times as much as it did last year, the Center for Responsive Politics revealed.

White House counselor Steve Ricchetti’s brother, Jeff Ricchetti, earned $820,000 in lobbying revenue between January and March, five times what he earned during the same period last year, lobbying filings showed according to the Tuesday report. The last time the firm earned that much in the first quarter was during former President Barack Obama’s first term in 2009 when they made $840,000.

Steve Ricchetti played a critical role working on Biden’s proposed $2.3 trillion infrastructure package and is one of the president’s most prominent advisors. According to the Center for Responsive Politics, the large increase in lobbying revenue “indicates that corporate interests believe Ricchetti can help them access the White House.” (RELATED: Biden Bans Political Appointees From Lobbying For Two Years) 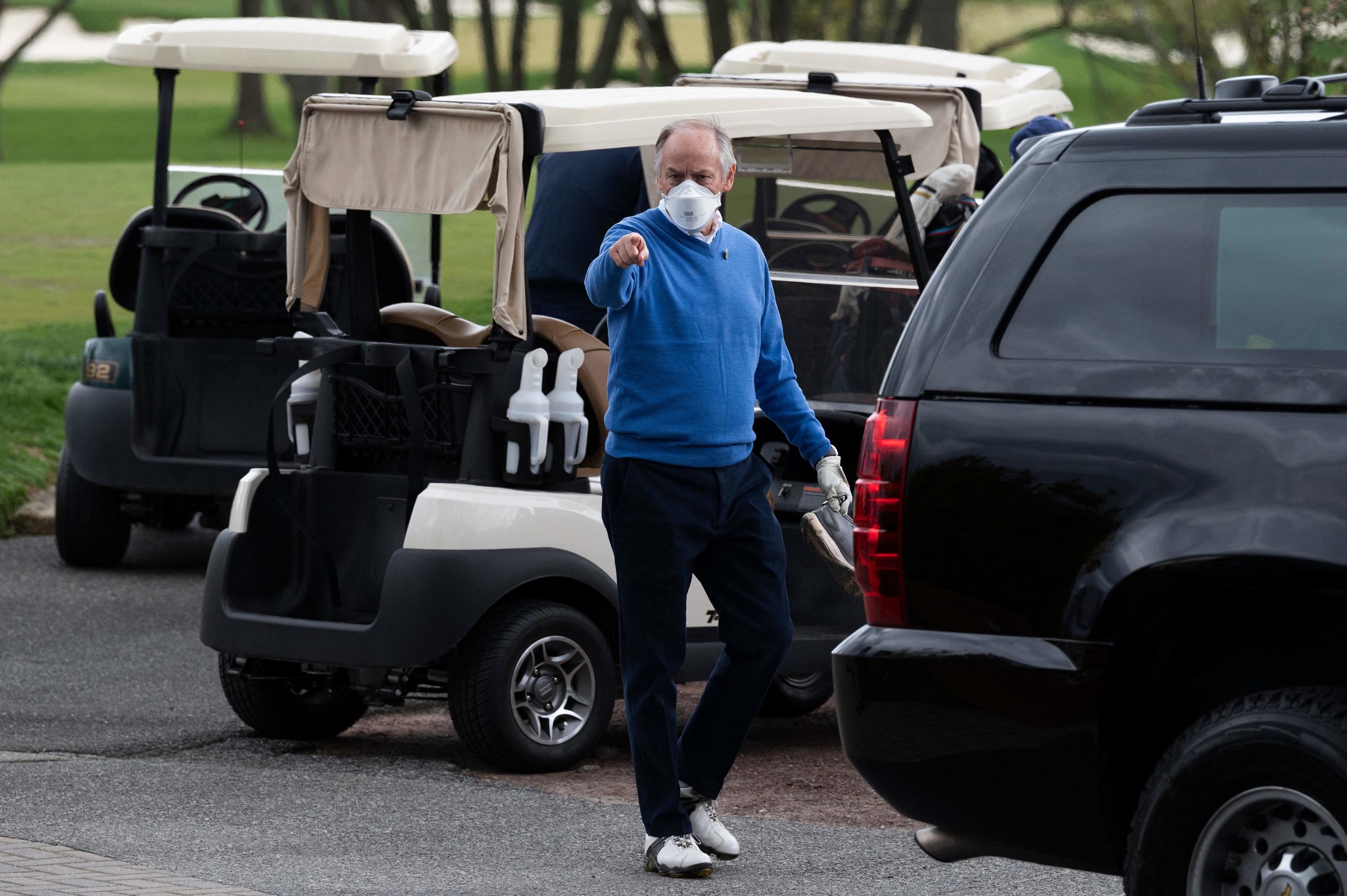 Counselor to the President Steve Ricchetti (C) gestures after playing a round of golf with US President Joe Biden at Wilmington Country Club in Wilmington, Delaware on April 17, 2021. – President Joe Biden played golf for the first time in his presidency Saturday, hitting the fairways in his home city of Wilmington. (Photo by Jim Watson/AFP via Getty Images)

Among Jeff Ricchetti’s clients is TC Energy, the Canadian energy company behind the Keystone XL pipeline. TC Energy hired Ricchetti on Jan. 15 and paid him $90,000 through March, the lobbying filings show. Ricchetti lobbied Congress and the president’s office on “the safe and efficient transportation of natural gas and liquids energy,” according to the report.

Biden announced on Jan. 20 that he was halting the construction of the Keystone pipeline, rejecting the energy company’s lobbying efforts.

In a statement to CNBC, TC Energy denied that Ricchetti had lobbied the White House for the company.

“Jeff Ricchetti is part of a diverse team of advisors who provide strategic advice and counsel to our company on a wide range of energy issues,” said Marc Palazzo, the company’s vice president of U.S. stakeholder relations. “Jeff’s work on our behalf is limited to lobbying Members of Congress. He does not lobby the White House on our behalf.”

Jeff Ricchetti told CNBC in a statement that he had not lobbied his brother.

“I do not lobby my brother and I have not even mentioned to him the names of clients that I currently represent,” Jeff Ricchetti told the outlet in a Wednesday email. “For the better part of the last thirty years I have lobbied Members of Congress and their staff, and various individuals who have served in the successive Administrations. It is what I do for a living.”