President Joe Biden committed the United States on Thursday to reducing greenhouse gas emissions by more than 50 percent by 2030.

The new emissions goal effectively doubles the rate previously set by former President Barack Obama: reducing the 2005 levels by 26 to 28 percent by the year 2025. 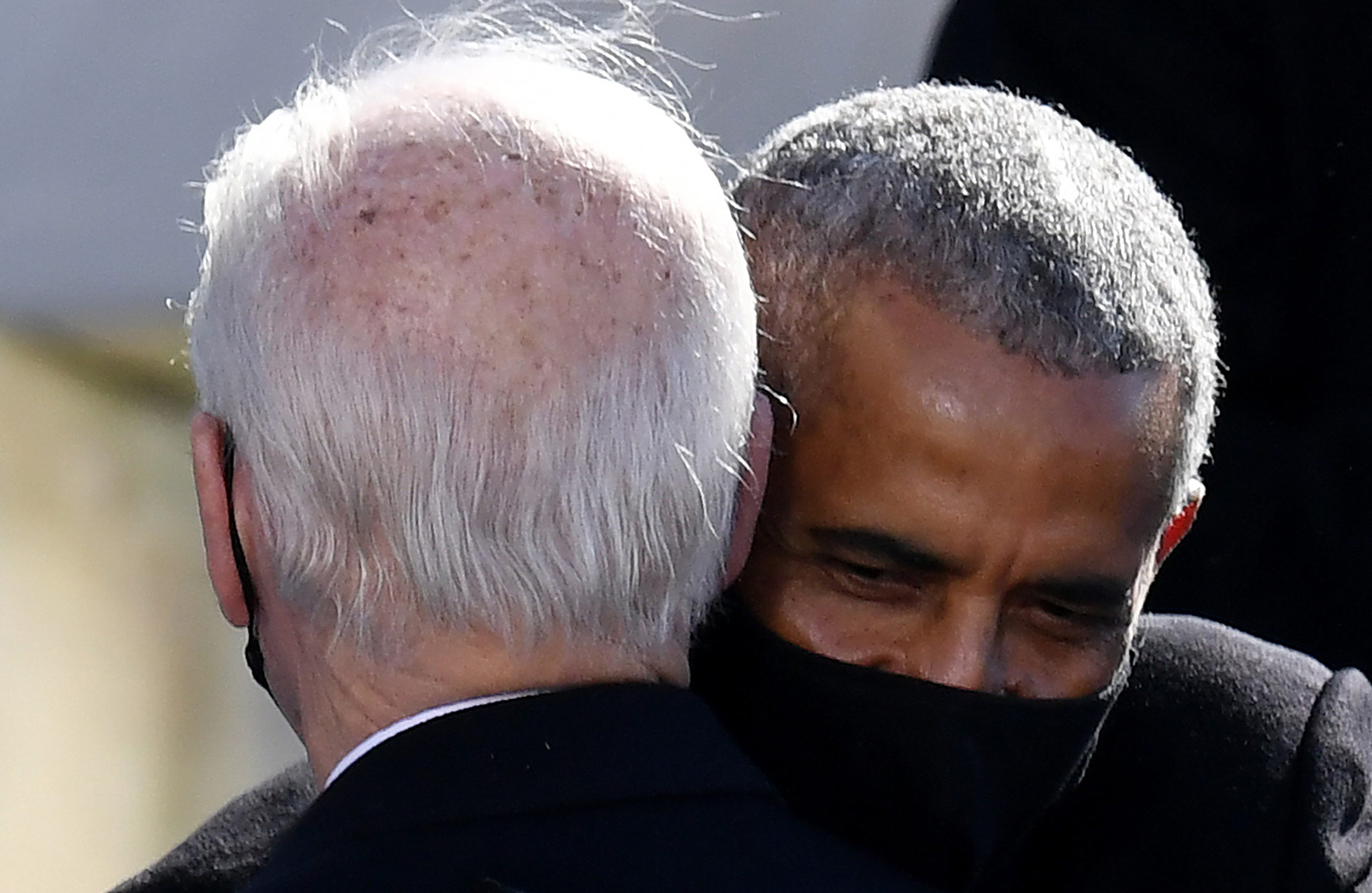 Former US President Barack Obama hugs US president Joe Biden during his inauguration as the 46th US President on January 20, 2021, at the US Capitol in Washington, DC. (Photo by OLIVIER DOULIERY/AFP via Getty Images)

Senior administration officials briefing reporters ahead of Thursday’s virtual Leaders Summit on Climate said that the 2030 goal is a step toward reaching net zero emissions by 2050 — a goal previously outlined in Biden’s climate plan — but would not give specifics on how the administration plans to reach that mark.

“The United States is not waiting, the costs of delay are too great, and our nation is resolved to act now,” administration officials added in written statement. “Climate change poses an existential threat, but responding to this threat offers an opportunity to support good-paying, union jobs, strengthen America’s working communities, protect public health, and advance environmental justice.”

Biden, speaking during Thursday’s summit, declared that climate “science is undeniable,” and that “the cost of inaction keeps mounting.”

“Meeting this moment is about more than preserving our planet,” he continued. “It’s also about providing a better future for all of us. That’s why, when people talk about climate, I think jobs. Within our climate response lies an extraordinary engine of job creation and economic opportunity ready to be fired up.”

The White House’s summit will continue on Friday and feature climate pledges from the leaders of more than 40 nations ahead of the 2021 United Nations Climate Change Conference in Glasgow, United Kingdom this summer.

You can watch the first day of the event in its entirety below.