Former President Donald Trump slammed Republican Utah Sen. Mitt Romney in a statement Monday, saying it was nice to see him booed on stage at his state’s GOP convention Saturday.

Trump released a statement from the Save America PAC in which the former president said the Utah Republican Party are “among the earliest to have figured [Romney] out,” calling him “a stone cold loser.” Romney was initially cheered, but the crowd began to boo him when he criticized Trump’s character.

“So nice to see RINO Mitt Romney booed off the stage at the Utah Republican State Convention. They are among the earliest to have figured this guy out, a stone cold loser!” Trump said in the statement. 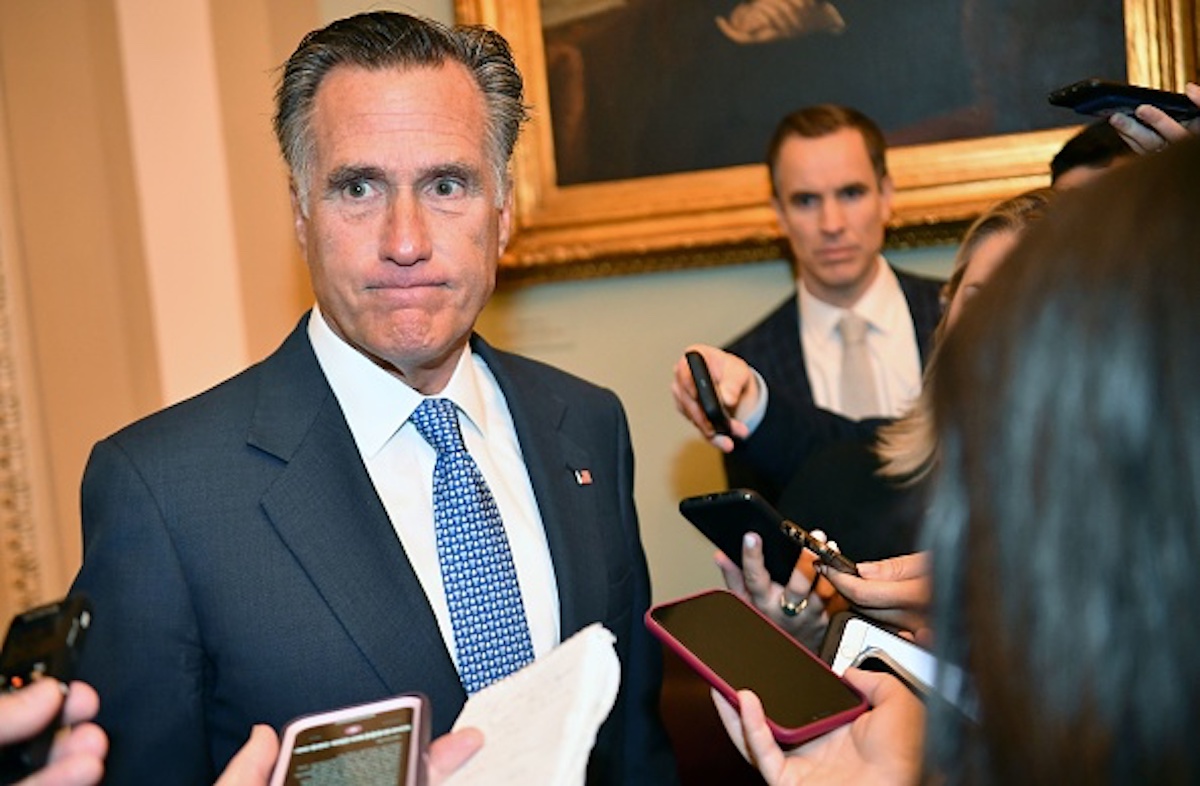 Sen. Mitt Romney(R-UT) speaks to reporters as he arrives for the Senate impeachment trial of US President Donald Trump at the US Capitol in Washington, DC, January 21, 2020. (Photo by MANDEL NGAN/AFP via Getty Images)

“We need to have room for a variety of views,” Collins told CNN. “We are not a party that is led by just one person. Mitt Romney is an outstanding senator who served his state and our country well,” she added.

The former president has also endorsed a number of Republicans across the country since leaving office.