The Department of Justice expressed concern that the ongoing audit of 2020 election results in Arizona may violate election law and lead to voter intimidation.

The Department notified Republican State Senate President Karen Fann on Wednesday that it was monitoring the state’s audit of 2.1 million ballots cast in Maricopa County, Arizona, in 2020, according to the Associated Press. DOJ specifically worried that outsourcing the audit to a third-party contractor may violate federal election law that requires elections officials to control ballots for 22 months after an election.

The contractor’s intent to contact voters may also result in future illegal voter intimidation, the DOJ said, the AP reported. Such intimidation may also violate federal statutes on elections.

“Past experience with similar investigative efforts around the country has raised concerns that they can be directed at minority voters, which potentially can implicate the anti-intimidation prohibitions of the Voting Rights Act,” Principal Deputy Assistant Attorney General Pamela Karlan wrote in the letter, according to the AP.

“Such investigative efforts can have a significant intimidating effect on qualified voters that can deter them from seeking to vote in the future,” she said. (RELATED: Trump Allies Create Organization To Combat Voter Fraud) 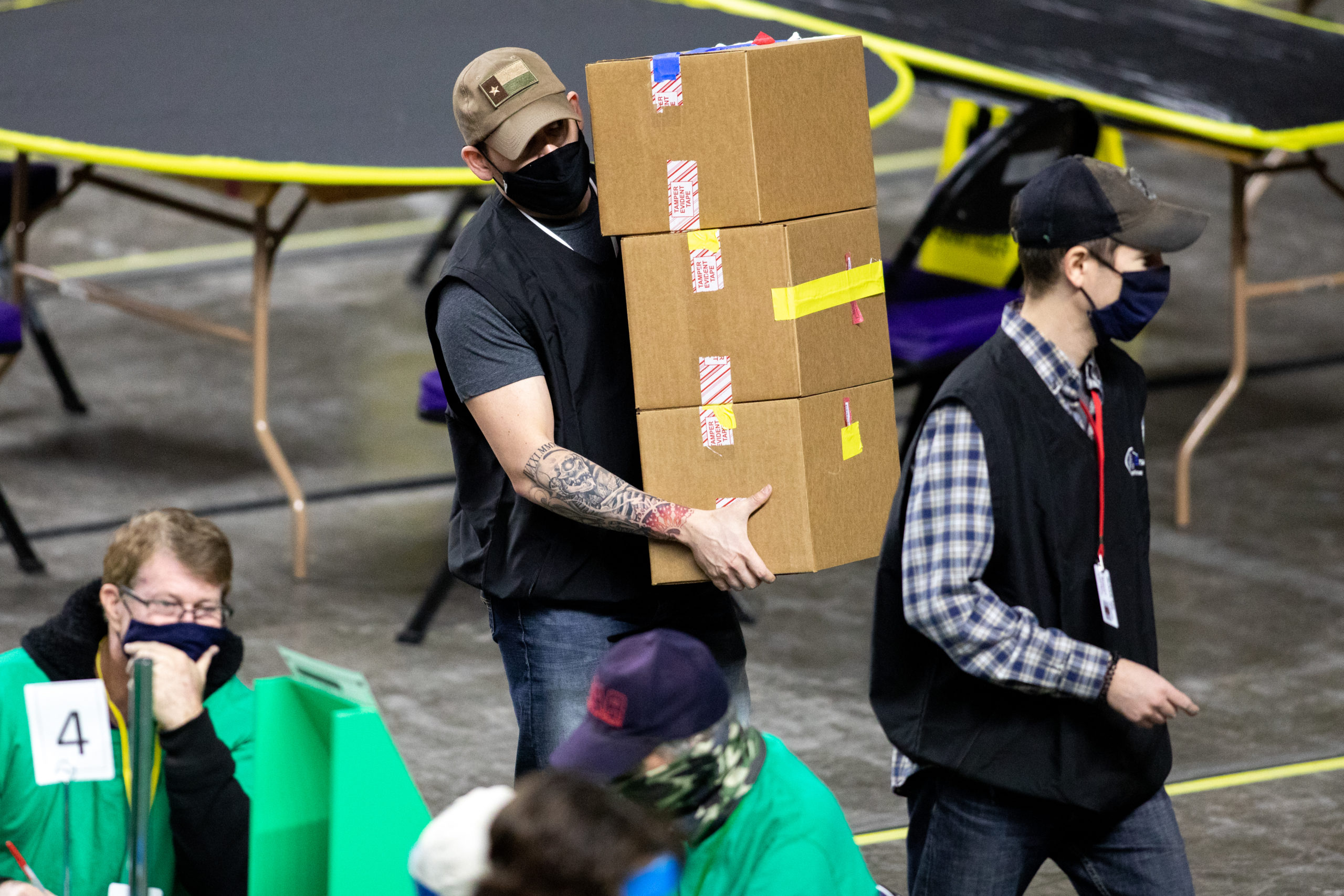 Workers hired by the Arizona State Senate examine and recount ballots from the 2020 general election at Veterans Memorial Coliseum on May 1 in Phoenix, Arizona. (Courtney Pedroza/Getty Images)

Karlan requested that Fann explain how state officials are making sure the law is followed, according to the AP. Fann is reportedly working on a response to the DOJ.

In March, Fann announced plans to pursue a thorough forensic audit of the ballots cast in Maricopa County last year. Critics lambasted the attempt to uncover fraud as unnecessary and a waste of money, The Wall Street Journal reported.

Maricopa County Superior Court Judge Daniel Martin ruled that the audit could take place, according to CBS-affiliate KPHO-TV. Plaintiffs arguing against the audit hadn’t proven it would harm voters, he said.

“BIG victory today in Arizona,” former President Donald Trump said in a statement after the ruling. “A highly respected Judge has just ruled that the Forensic Audit being done by the Arizona State Senate can and will continue.”

Arizona Democrats and Republicans came to an agreement about how the audit would proceed on Wednesday, NBC News reported. Independent election officials will be allowed to oversee the process and intervene if voter information isn’t secured properly, according to the agreement.

Trump and his allies have repeatedly claimed since November that the presidential election was stolen from him.

There hasn’t been any evidence of widespread voter fraud. Former Attorney General Bill Barr said in December that the DOJ never found evidence of fraud.