The bill, SB 1884, will expand an earlier law that can force local governments to pay up to $100,000 in damages if they are sued for imposing gun regulations. The bill is set to take effect July 1.

The legislation was passed by the Republican-controlled legislature in April. Florida has banned local governments from passing regulations that are stricter than state laws regarding firearms since 1987. The law was strengthened in 2011 and the First District Court of Appeal upheld the law in April, reversing an earlier court’s ruling.

Local officials challenged the law after the Parkland School Shooting that left 17 dead, but were unsuccessful.

Attorneys for the local governments have since filed a motion requesting the Supreme Court be sent the key issues in the case, according to Click Orlando. (RELATED: Texas Senate Passes Bill To Allow The Carrying Of Handguns Without A License) 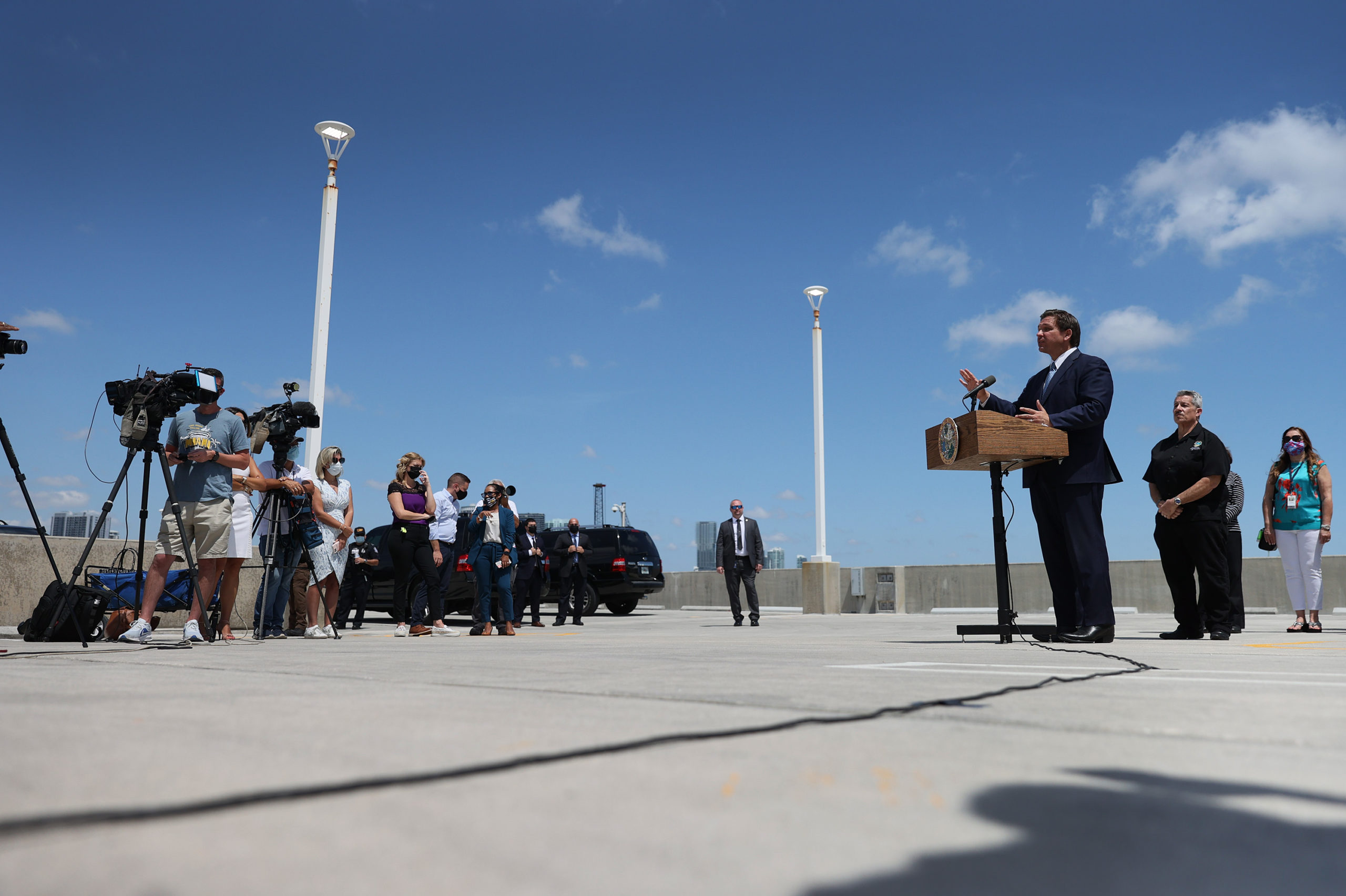 MIAMI, FLORIDA – APRIL 08: Florida Gov. Ron DeSantis speaks to the media about the cruise industry during a press conference at PortMiami on April 08, 2021 in Miami, Florida. (Joe Raedle/Getty Images)

Under the 2011 version, local governments could be forced to pay up to $100,000 in fees and damages and local officials could face $5,000 fines and possible removal from office, CBS Miami reported.

The new law builds upon the older legislation to allow people to sue for “unwritten” policies that violate the gun-regulation rule and also says local governments could still be responsible for covering fees and damages if they change gun-related policies after a lawsuit is filed, according to the report.

Republican State Rep. Cord Byrd who sponsored the bill in the House said the measure protected the Second Amendment, according to CBS Miami.

“I brought this forward so that local governments will once and for all stop violating the rights and stop wasting taxpayer money,” Byrd reportedly said.

The Daily Caller has reached out to DeSantis’ office but did not receive a response at the time of publication.