A city in Southwest Ohio declared itself a “sanctuary city for the unborn” Tuesday evening, outlawing abortion within municipal limits.

The Lebanon city council voted unanimously to outlaw abortion after a contentious, four-hour long evening meeting, according to the Journal-News. One of the former city council members had resigned earlier that day, the publication reported.

The ordinance’s passage makes Lebanon the first city in Ohio and the 29th city in the nation to declare itself a Sanctuary City for the Unborn, according to the publication, noting that there already are no abortion clinics or abortion providers performing induced abortions in Lebanon or in Warren County. (RELATED: Texas Town Outlaws Abortion, Declares It A Sanctuary For The Unborn)

“We’re hoping Lebanon is the first of many cities (in Ohio) to follow,” Meg DeBlase, executive director of Right to Life of Greater Cincinnati, told the Cincinnati Enquirer before the ordinance passed.“They’re really an approach to protect a city from an abortionist opening a business, from coming and selling abortion pills there.”

“Cities must be prepared,” Mark Lee Dickson, Founder of Sanctuary Cities for the Unborn, said in a statement. “The future of the abortion industry is not necessarily brick and mortar but abortion by mail or abortion by vending machine at a school or outside of a grocery store.”

???? TONIGHT: Lebanon City Council will vote on an ordinance that would ban abortion within city limits and make it illegal to “aid or abet” abortion by providing support or resources.

Tell the Lebanon City Council to vote NO on this dangerous ordinance.https://t.co/6zINRbLBNt pic.twitter.com/KR0gr5VXuN

The city is located in Ohio’s Warren County, where about 65% of residents voted Republican in both the 2020 and 2016 elections, Sanctuary Cities for the Unborn’s website noted, highlighting that this largely pro-GOP community opposes the progressive pro-abortion policies of President Joe Biden’s administration. 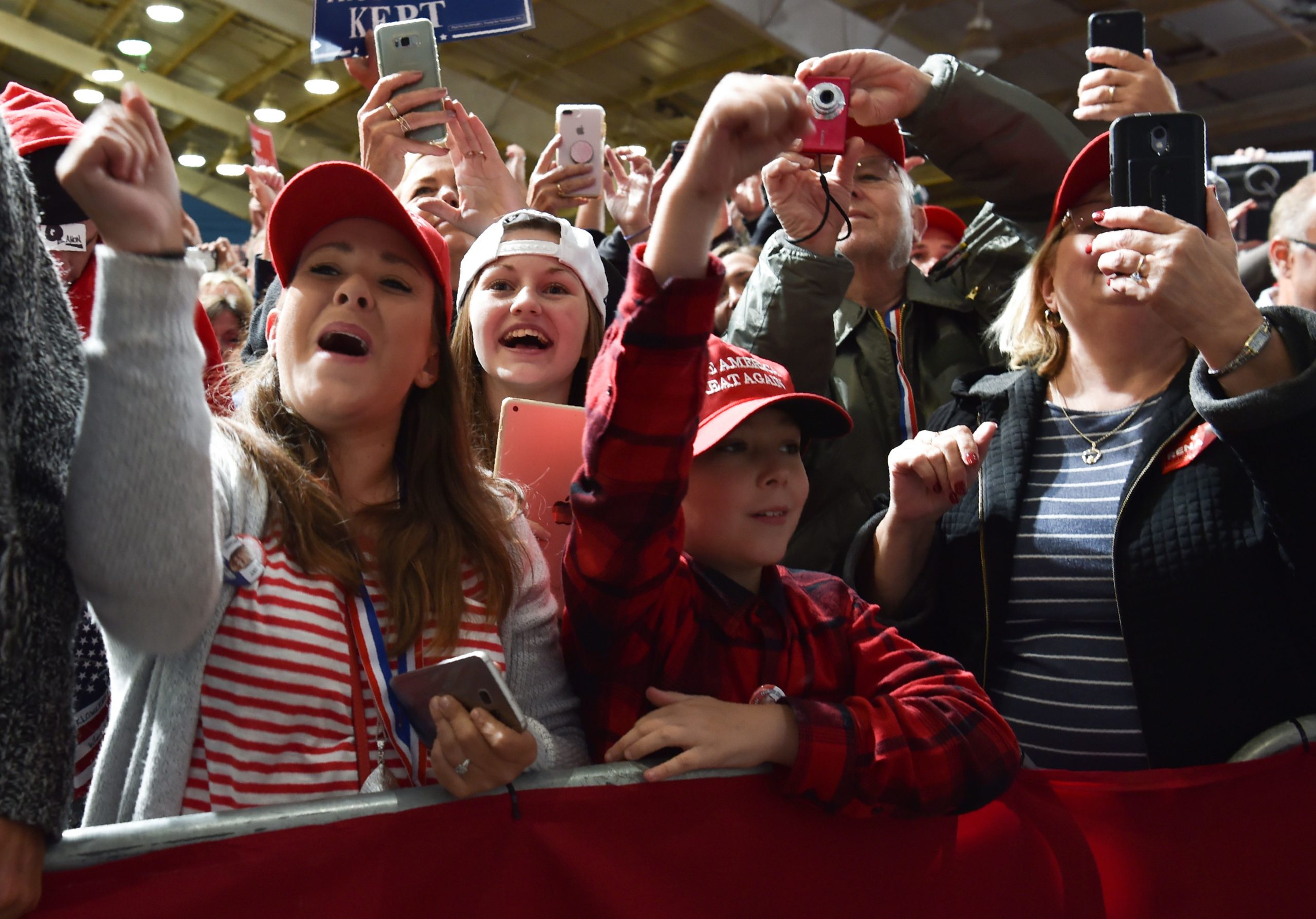 Supporters of US President Donald Trump (off frame) cheer and clap during his speech at a “Make America Great Again” rally in Lebanon, Ohio, on October 12, 2018. (Photo by Nicholas Kamm / AFP) (Photo credit NICHOLAS KAMM/AFP via Getty Images)

A number of cities in  Texas and Nebraska, and one in Utah, have already declared themselves sanctuary cities for the unborn, prompting the American Civil Liberties Union to file a lawsuit in February 2020 challenging Texas ordinances on behalf of the Lilith Fund and Texas Equal Access Fund (TEA Fund). (RELATED: Utah Community Declares Itself A Sanctuary City — For The Unborn)

The Waskom City Council started the trend in June 2019, outlawing abortion within the city and declaring Planned Parenthood and other pro-abortion groups “criminal organizations.” (RELATED: Here’s What Texan Pro-Lifers Have To Say About Their ‘Sanctuary City For The Unborn’)

Planned Parenthood of Greater Ohio did not immediately respond to a request for comment from the Daily Caller News Foundation.

This story has been updated to reflect the Lebanon city council’s decision.